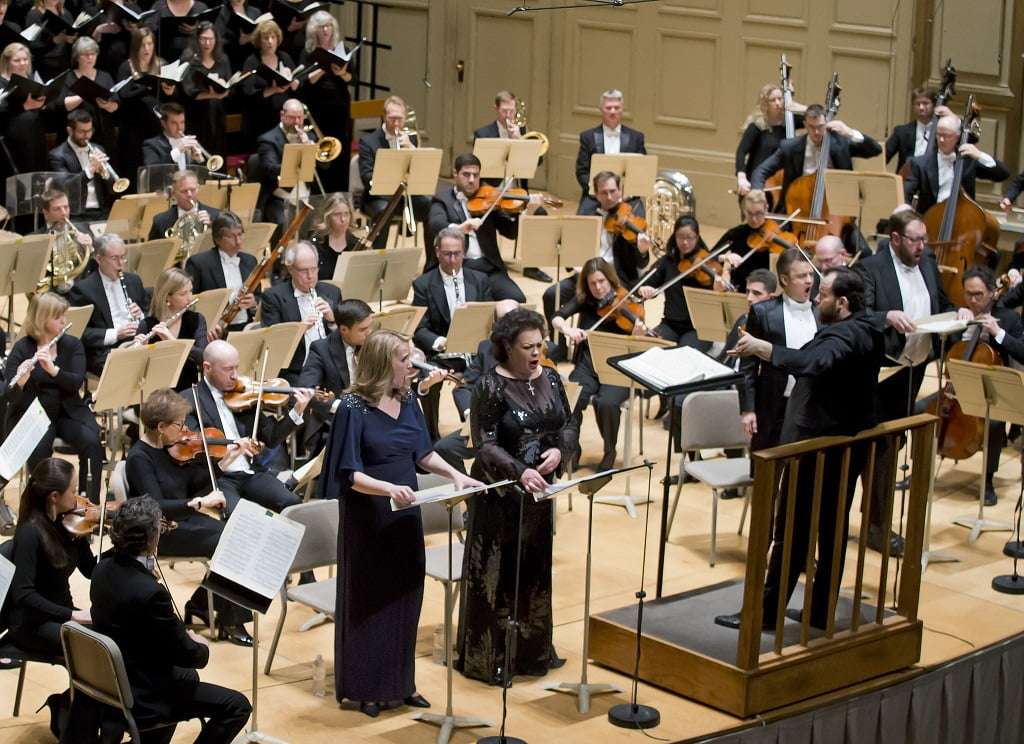 The evening opened on a suitably somber note, with a deeply moving account of ‘Nimrod’ from Elgar’s Enigma Variations, performed in memory of André Previn, who passed away on February 28. Previn and the Boston Symphony Orchestra enjoyed a decades-long relationship, dating back to August 1977 at Tanglewood, and continuing through his final appearances as a pianist with the Boston Symphony Chamber Players in August 2009.

After the Elgar came Dvořák’s Stabat Mater, a relatively early work, seldom heard. Prior to this week’s performances, the BSO had programmed the work on only two occasions – under Seiji Ozawa in 1980 in Boston, and in a single performance lead by Arthur Nikisch in Louisville in 1891.

The piece is a passionate and powerful setting of the thirteenth-century Latin poem, which depicts Mary’s sorrow at the crucifixion of her son Jesus. Written in 1876-1877 in response to the deaths of three of the composer’s children, the expansive composition (close to ninety minutes) is rife with laudable moments. The immense, exceedingly dramatic choral and orchestral writing is frequently thrilling, as are some highly attractive stretches of solo vocal music. And there are also many gorgeous passages of pianissimo music. 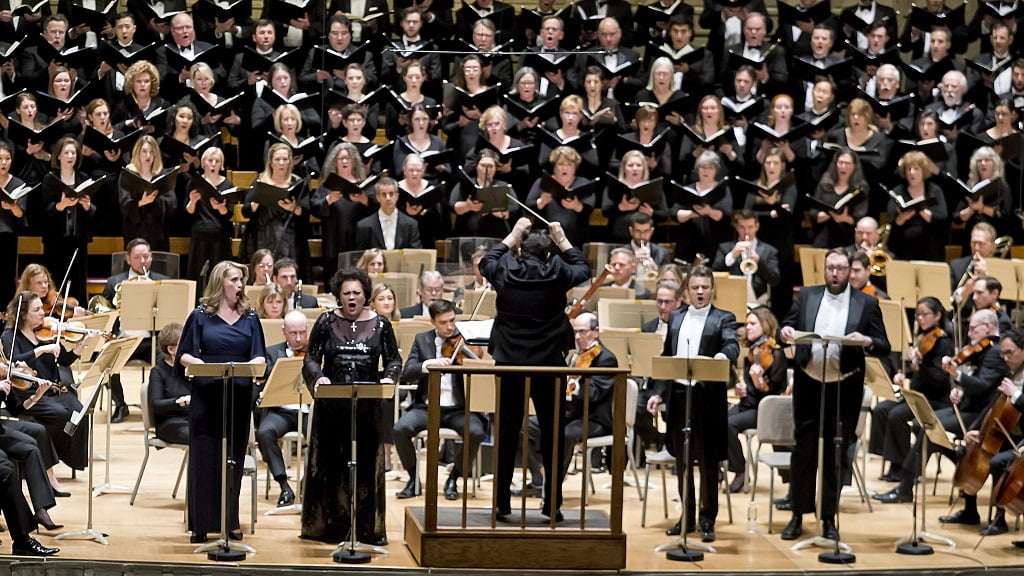 Andris Nelsons led an ardent, absorbing and extraordinarily well-paced performance. He emphasized the work’s dynamics to perfectly convey the more dramatic passages and enhance the occasionally pedestrian scoring. He alternately lingered or sped-up tempos when appropriate, and drew attention to the numerous finer details in Dvořák’s smooth-flowing invention, as well as perfectly balancing the four vocal soloists with those of the large chorus and the crisp sounds of the pared-down orchestra, strings displaying a wonderful satiny sheen, winds playing with brilliant clarity, interweaving in the first and final movements to produce a rich musical tapestry.