Britten
Owen Wingrave, Op.85 – Opera in two Acts to a libretto by Myfanwy Piper after the story by Henry James [sung in English] 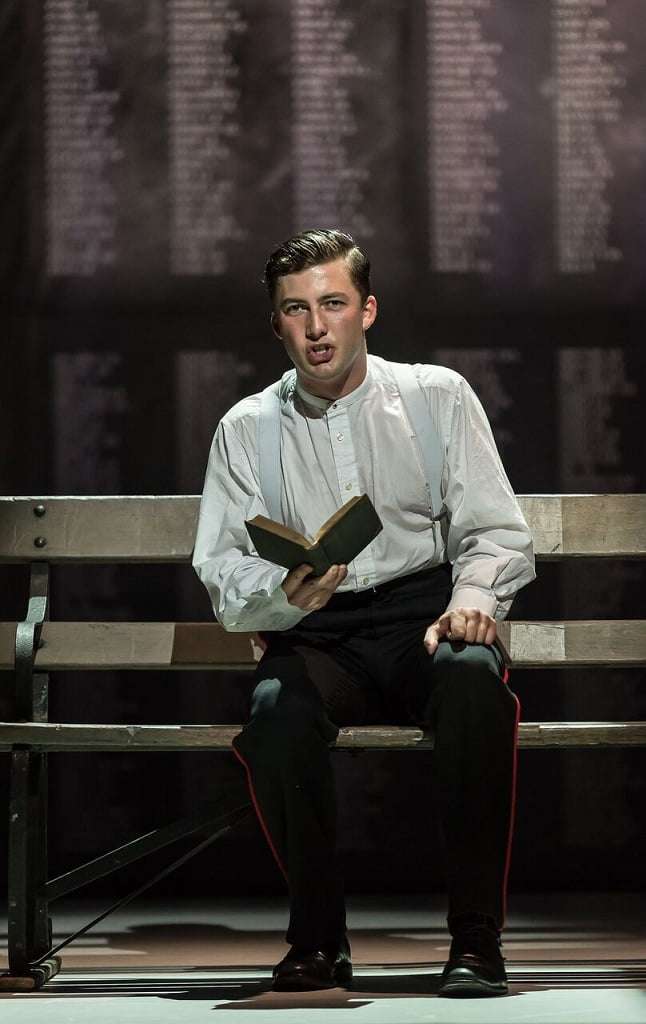 With its formidably demanding vocal parts, Owen Wingrave is a bold choice for the mostly College-based singers of British Youth Opera. Enterprising too as it is not the easiest of Britten’s stage-works to love.

Commissioned by BBC Television and first screened in May 1971, the opera relates the son of a distinguished family who defies its military traditions (traceable to Agincourt) in declaring his pacifism and abandons his officer training. Rejected by his fiancée and disinherited by his terrifying grandfather, Owen sleeps in the family-home’s haunted room and dies in mysterious circumstances.

Like his War Requiem, Owen Wingrave is a mouthpiece for Britten’s anti-war sentiments and his stance on pacifism is given relentless articulation by the women in Act One and passionate expression by Owen in Act Two – “Peace is not silent, it is the voice of love.”

Themes of duty, social conscience and principles are ever-present, but the opera is also an intense psychological drama. All the more curious then that Max Webster has jettisoned the family’s ancestral portraits from this production. Their absence reduces any sense of the past intruding on the present, especially since the Wingrave history is tarnished by an event of shocking violence. 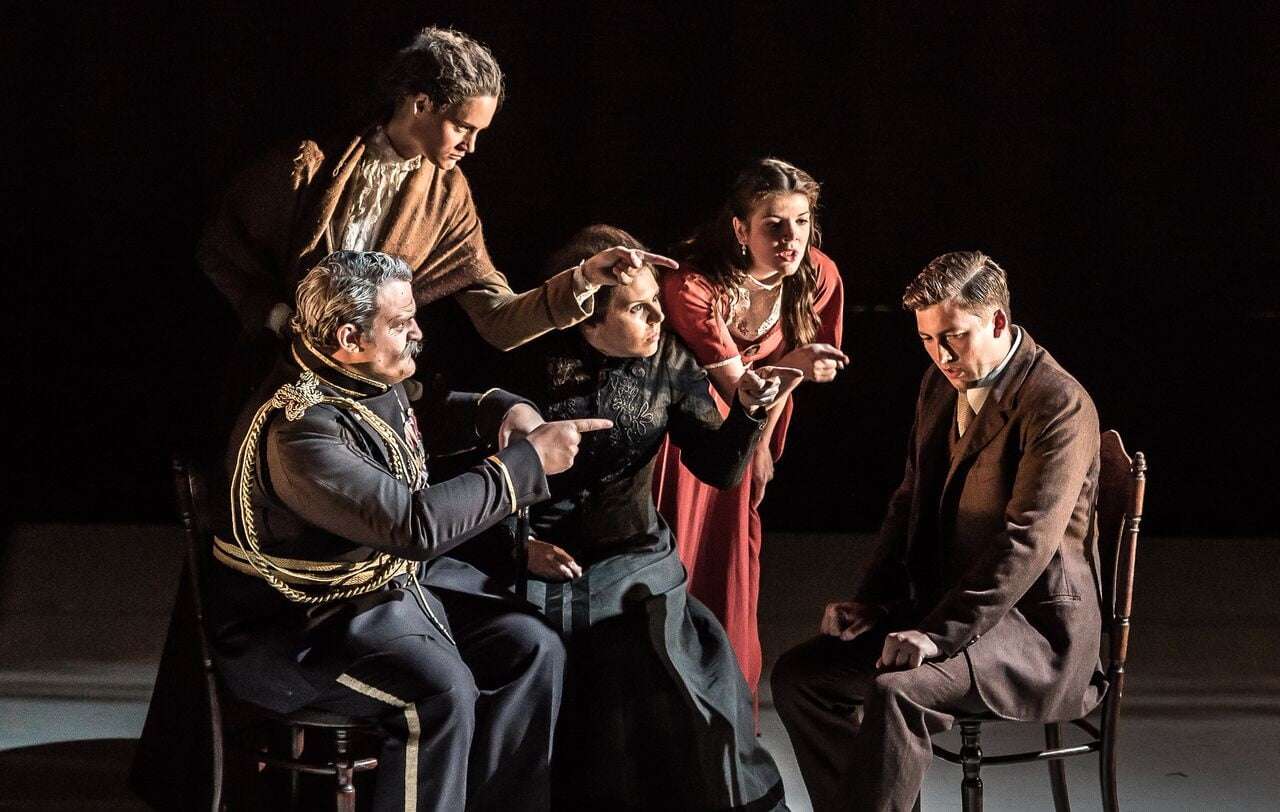 In the Prelude to Act One Webster underlines war’s human wastage with the use of banners proclaiming losses made during the Boer and Vietnam conflicts. These were held aloft by the eleven members from the Southend Boys’ Choir, pressed into service when normally their musical duties are confined to Act Two.

A bare stage gives plenty of scope for movement and with the minimum of props (desks, a bench and a dining table) the military academy, London park and the family home were all made clear. If the plot and characters are one-dimensional, there is plenty of drama in the richly-scored music – performed here as Britten wrote it, there is a reduced orchestration by David Matthews. While not on the same high musical plain as Britten’s other Henry James opera, The Turn of the Screw, Owen Wingrave has some fine moments, notwithstanding the angularity of melodic line derived from the use of twelve-note rows.

So it was particularly notable that the singers performed with such assurance. In the title role Dominic Sedgwick was convincing and sang with poise, while Andrew Henley, as his friend Lechmere and sporting a ringing tenor voice, relished chopping off “vile foreign heads” at the academy. Harry Thatcher’s Coyle could have been more avuncular, but his is a baritone of impressive maturity. John Findon was compelling as Sir Philip Wingrave, whose “How dare you” scene in Act One was highly effective. This role was written for Peter Pears, who was also the Narrator that appears in Act Two. 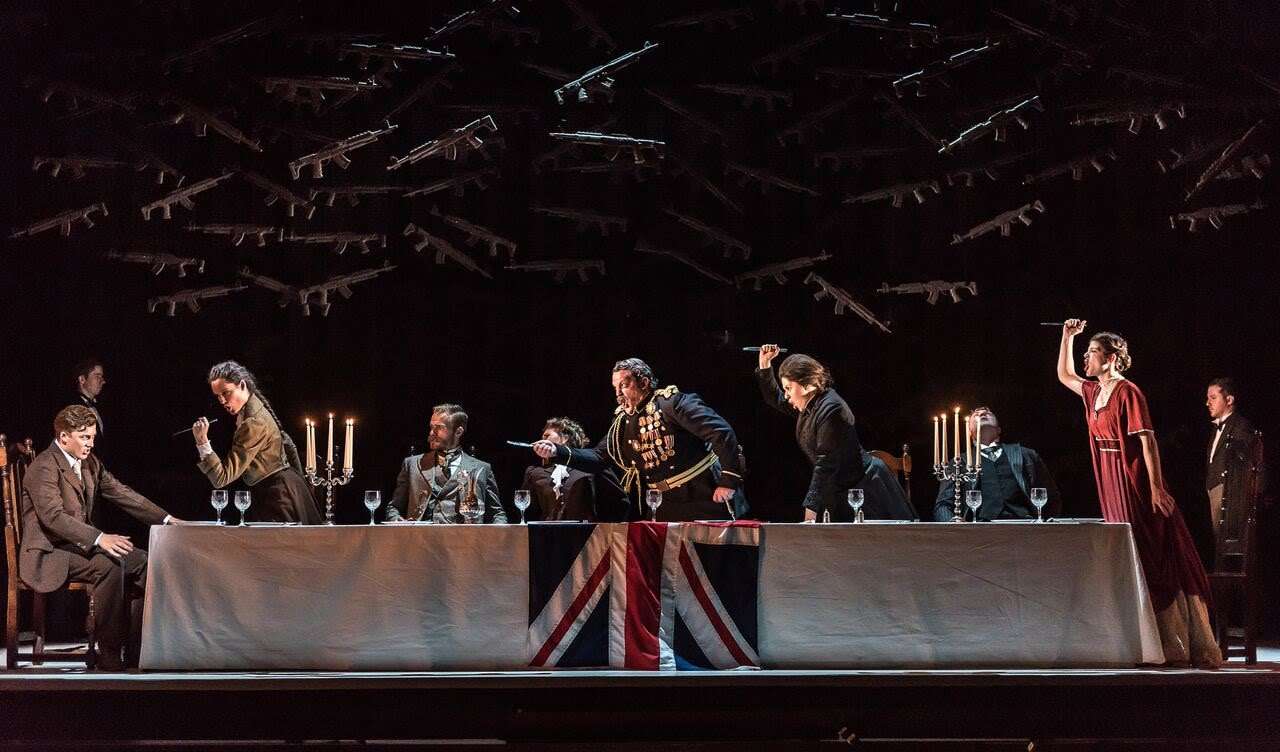 Amongst the women Katie Coventry made an uncompromising Kate, bringing both ice and ardour to her tone, while Carrie-Ann Williams as Miss Wingrave made light of the fearsome intervals she is faced with.

Alex Ingram energised the Southbank Sinfonia with much efficiency, yet balance was not always in the singers’ favour. Had the players been slightly more restrained in Act Two then the startlingly bright tutti chord near its close (when Owen enters the haunted room) would have had considerably more impact, and on the upside there were some very elegant contributions from within the ranks, notably from cello, flute and two trumpets.

On the whole, this is a convincing account with some excellent performances from a group of very talented singers, and confirms Owen Wingrave as a work that has been underestimated.