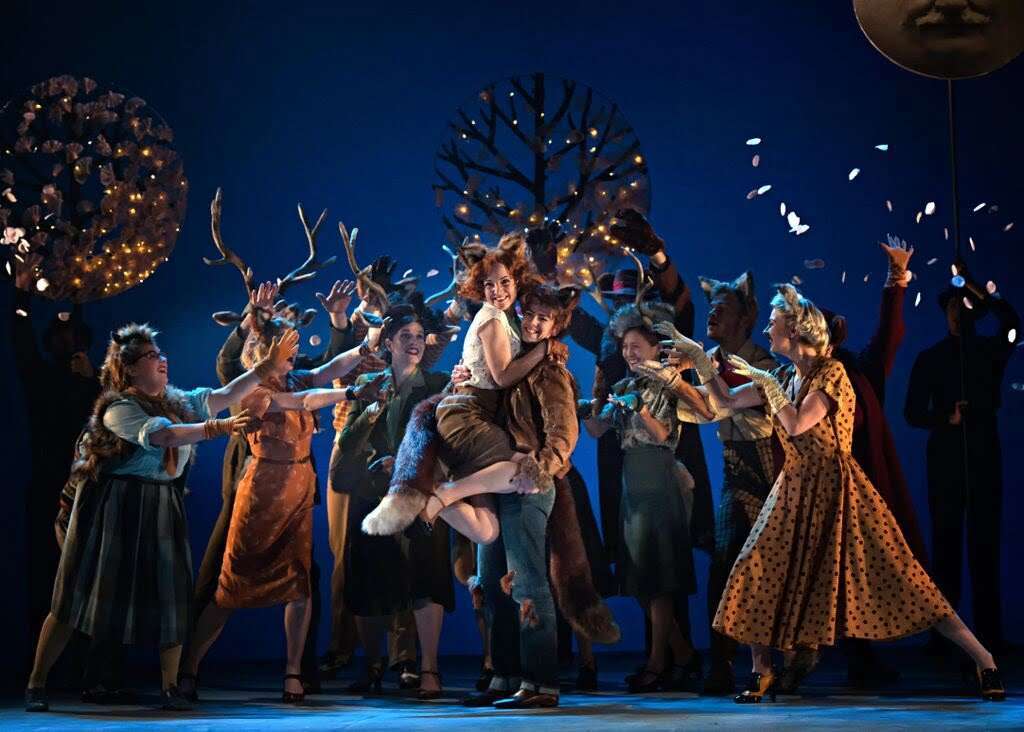 It’s a marvel that a 1920s’ Czech newspaper cartoon strip about a fox still has so much to tell us about life’s joys and disappointments. I wonder if any British composer ever harboured similar designs on, say, Rupert Bear. Not surprisingly, Janáček’s magical opera has been staged before by British Youth Opera – there is a generous roster of roles to give the postgraduate singers a fair hearing, plus lots of action for chickens, fox-cubs and other livestock.

Last year BYO fielded only one opera, but this year the company is presenting three (with Vaughan Williams’s Riders to the Sea and Holst’s Savitri as a double-bill), which would have greatly pleased BYO’s founder Denis Hoe, who died earlier this year.

The most satisfying productions of The Cunning Little Vixen are those where the humans’ separation from nature is something they/we are subliminally aware of – hence the nostalgia and sadness of the Priest and the Schoolteacher who are nagged by something continually out of reach. Director Stuart Barker has defined the divide strongly. The Forester, Priest and Schoolteacher all have grey-white faces and commiserate with each over their unfulfilled lives as they get sozzled in their monochrome bar. It was unambiguous but a bit simplistic – surely the Forester is more in-tune with nature than the other humans. 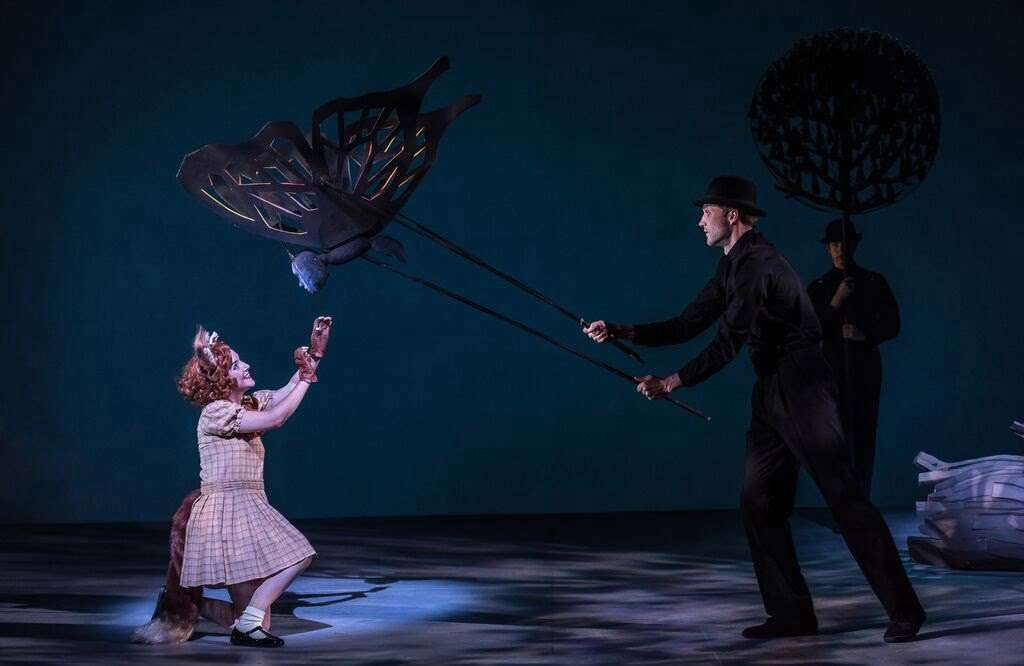 In all other respects, though, the staging had style and focus. Apart from a felled tree-trunk, there wasn’t much of a set, giving designer Simon Beyer a free hand to fill the Peacock Theatre’s large stage with vividly imagined puppets for the frog and the insects (all of them with sinister human faces) and trim 1940s’ costumes for the animals suggesting a very orderly society. David Howe’s lighting and the bowler-hatted Magritte-style stagehands operating the puppets and cut-out trees, created a dreamy surrealism, and the all-important cycle of the year’s seasons was made abundantly clear. Perhaps Barker overplayed the anthropomorphic cuteness, but the animals still affirmed life while the pasty humans made a good job of denying it.

The point was affirmed by Hazel McBain’s Vixen and Kate Coventry’s Golden Mane. Both singers had the measure of Janáček’s explosive lyricism, and you could hear how most of the translation meshed in with the angularities of the vocal line. There was an alluring, Sheridan Smith-type glamour to McBain’s Vixen, and she proved to be a neat mover in her choreographed dream and death sequences. She was well matched by Katie Coventry’s powerfully sung Golden Mane, and her cool, James Dean persona went a long way to making his wooing and the ensuing shotgun-wedding the highpoint of the show.

Kieran Rayner had the right brand of rough, kind pragmatism for the Forester, and his sour relationship with his wife (a pointed performance from Maria Hughes) made a telling contrast with the two foxes. Rayner’s characterisation was skillfully observed, although he didn’t quite muster the vocal openness and authority for the Forester’s paean to nature that wraps up the opera. Joanna Norma’s Rooster and Susanna Buckle’s Chief Hen vividly put the conjugal into rights, and William Wallace and Ashley Mercer (respectively Schoolmaster and Priest) summed up the human burden of missed opportunity with some eloquent singing. Simon Tournier briefly stole the show as the Poacher, significantly the only human without white-face make-up.

Lionel Friend and the Southbank Sinfonia made a virtue of Jonathan Dove’s clever reduced orchestration (with accordion and organ adding weight) and were true to the music’s rapid changes of mood and flow. There are only two more opportunities (8th and 11th) to catch this imaginative, well-performed production.