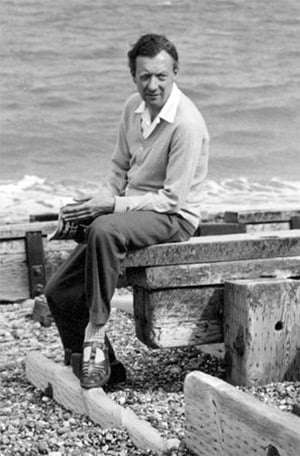 A whole year of events led up to this spectacular concert – on the exact centenary of Benjamin Britten’s birth – at the concert hall he built (and rebuilt) near his beloved Suffolk coast at Snape, and home to the Aldeburgh Festival he had set up. Together with the Arts Council and BBC Radio 3, Aldeburgh Music fashioned this weekend as the climax of not only the centenary of Britten’s birth but also a springboard from which his music can be further explored.

As an exemplar for such lofty ambitions look no further than the “Friday Afternoons” project, which was originally planned as an East Anglian project but grew, like Topsy, to cover the World, with children from Melbourne to California singing at least one of Britten’s Opus 7. The future of this project looks rosy, and already Aldeburgh Music has commissioned eleven composers to come up with a set of new songs for next year.

With the constellations of Orion and the Pleiades, amongst others, gleaming coolly in the heavens above, former Aldeburgh Festival director Oliver Knussen conducted a programme of Britten’s works not written for Aldeburgh nor first performed there, with the flanking works both premiered on the continent – the opening Cantata academica commissioned by Paul Sacher for the 500th-anniversary of the founding of Basel University and set to a Latin text by Bernhard Wyss; and the closing Spring Symphony was commissioned by Serge Koussevitzky but premiered in Amsterdam under Eduard van Beinum. Whether conscious or not, this pairing pointed to a much wider currency of Britten’s music.

First to the inner parts of the programme: immediately before the interval there was music that needs no introduction: the Four Sea Interludes with Passacaglia inserted between ‘Sunday Morning’ and ‘Midnight’, from Peter Grimes. There is a slight jolt in placing the ‘Passacaglia’ centrally, but it deserves its place in the scheme, and here brought a chilling reminder of the opera (leading as it does to Grimes’s second apprentice’s fatal fall). Perhaps it was the occasion and the locality within miles of the sea swell that inspired it, but this performance got right to the heart of the music; Knussen’s ear coaxing textures that seemed fresh. 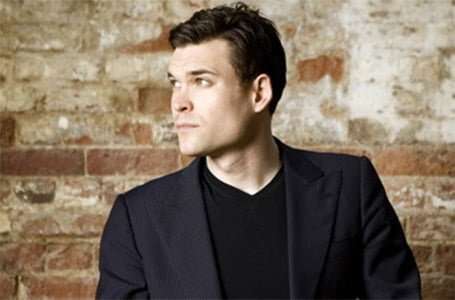 Immediately after the interval, Knussen conducted the world premiere of Ryan Wigglesworth’s Locke’s Island, taking as its basis music for Shakespeare’s The Tempest by Matthew Locke, Henry Purcell’s predecessor and mentor. Wigglesworth’s impressive triptych – ‘The First Music’, ‘Rustic Music’ and ‘Curtain Music (with Storm)’ – weaves a modern slant on Locke’s originals. Curiously it is the central panel which seems the most stormy, the outer sections starting softly, with the first interrupted by glittering splashes and the finale, after a solo, mournful bassoon note gently expands outwards across wind and strings, eventually develops a short set of stabbing climaxes, but quite quickly falls back in volume and ends as the work began, barely audible in the bass.

Britten’s Cantata academica is not a regular on the concert platform, perhaps not surprisingly as Britten was responding to the occasional nature of the commission. But the Latin (as Colin Matthews drily remarked, “rather dull and boring”) seems to have freed Britten’s imagination and he playfully indulges in his adoption of various academic musical forms, split into two parts, the first of seven sections, the second in five (each section headed in Italian), and scored for vocal soloists, choir and orchestra. From my seat – towards the front – the winds and chorus were sometimes muffled, but Knussen, from the opening fanfares, marshalled a spirited performance that caught the gleeful side of Britten’s inspiration. Words aside, there seems no reason why Cantata academica could not stand beside Symphony of Psalms or Chichester Psalms, as Britten’s music is equal to Stravinsky and Bernstein, especially in such capable hands as these here 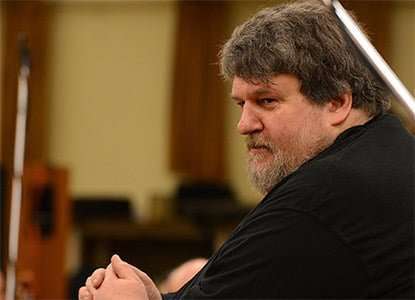 For Spring Symphony, the BBC Symphony Chorus was joined by the massed Norwich children’s choirs (including not-requested girls). From the opening sombre rattle of the percussion, with slow harp dotted-rhythm, and its darkly chromatic farewell to winter (George Chapman’s Shine Out, fair sun) to the finale’s braying of the cow horn and the children’s choir bellowing the medieval “Sumer is icumen in” over Beaumont & Fletcher’s paean to London in May, Knussen conjured a riotous performance; alive to every colour and nuance. Robert Murray matched the trumpet fanfares with his bright, brittle tenor in Spenser’s The Merry Cuckoo , joined by Claire Booth and Christine Rice to ape prettily the bird-calls – cuckoo, owl and nightingale – in Nashe’s Spring the sweet spring, before the children matched their lusty depiction of John Clare & George Peele’s The Driving Boy with some great whistling, over which Booth floated.

Rice’s rich, dark timbre topped and tailed the second, slow, movement in both Herrick’s Welcome Maids of Honour and W. H. Auden’s Out of the lawn I lie in bed, while Murray essayed the central song, Vaughan’s Waters above, the waters depicted by shimmering strings. The scherzo is similarly fashioned of three songs – Murray again, impatient for better weather to pursue his love in Richard Barnfield’s When will my May come, and he pursued Claire Booth in the game of catch-up which is how Britten sets Peele’s Fair and fair, before both choruses become infected with the thought of oncoming summer in Blake’s Sound the Flute! Britten tops his creation with the layering of timbres and melodies in the finale, the cow horn calling all the forces to arms in a riot of colour and harmony. Knussen encouraged a volatile mix of hushed intimacies suddenly overwhelmed by violent outbursts, just as Stravinsky re-imagined the cracking of Russia’s ice to signify the rejuvenation of the life-cycle in The Rite of Spring.