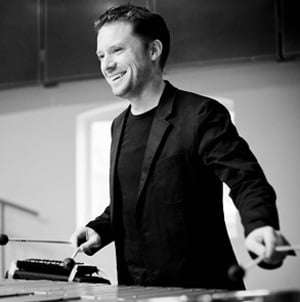 Conversely The Rite of Spring (1913, only slightly younger than the also-Paris and Diaghilev-commissioned Daphnis) – still has the power to shock, if inspirationally. This performance may have had some imprecision and accidentals but was the more convincing interpretation, launched confidently and lyrically by Sam Brough on bassoon. Indeed, although Alsop again favoured the louder end of the scale, her view of the piece was choreographic-centric (I believe she has conducted The Rite for dance) and the Britten-Pears youngsters found a fine blend of technique, musicianship and interaction. Alsop’s tempos were invariably well-judged, allowing weight and incisiveness when required but also a forward momentum to avoid sagging. But, just one moment, during the introduction to Part II the trumpets were daringly just-audible – how’s that for pppppp: spellbinding – and the closing ‘Sacrificial Dance’ was delirious, the ultimate chord rammed home with togetherness. 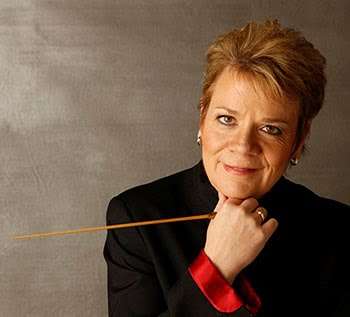 As the centrepiece was Mark-Anthony Turnage’s Martland Memorial. Steve Martland (1954-2013) has been well-remembered by his friend, with affection, rather gently and with intimate and touching sadness. There are six short movements, the fourth being a mellow marimba solo. The opening is characteristic Turnage – urban and sinewy – but the vibraphone introduces a cool air and the expression becomes bittersweet. There is no lack of wit either – Martland, as involved with the profundities of life as he was, also had a sense of humour, thus the second-movement ‘Rumba’ – rather Gershwin-esque – includes duck-quacks and a car-horn, and not forgetting church-bells and warbling (Messiaen in a monastery garden). Over the course of these attractive vignettes, alternately eerie (‘Pavane’), wistful, bright and breezy (‘Hornpipe’), intense, and, in the ‘Lachryme’ [sic], affecting.

A fairly large orchestra, including enough percussion, where you’d expect to find it, for four operatives, is used lucidly; and, at the front, Colin Currie, not with the most extensive battery. He didn’t seem particularly taxed, for the virtuoso that he is, and it was more about him being in the right place with the right implement and, most pertinently of all, contributing to music that remembers a departed soul with subtlety and imagination.

Following the Stravinsky, Marin Alsop wished to remember her inspiration, Leonard Bernstein (his centenary is next year), and she led an impish outing of the perfectly-formed, joyous and tuneful, Overture to his otherwise problem-child Candide, rendered with – to use the word of the evening – vitality. This Easter project has three further concerts to go.