Members of the Philharmonia Orchestra
Kwamé Ryan [Music of Today] 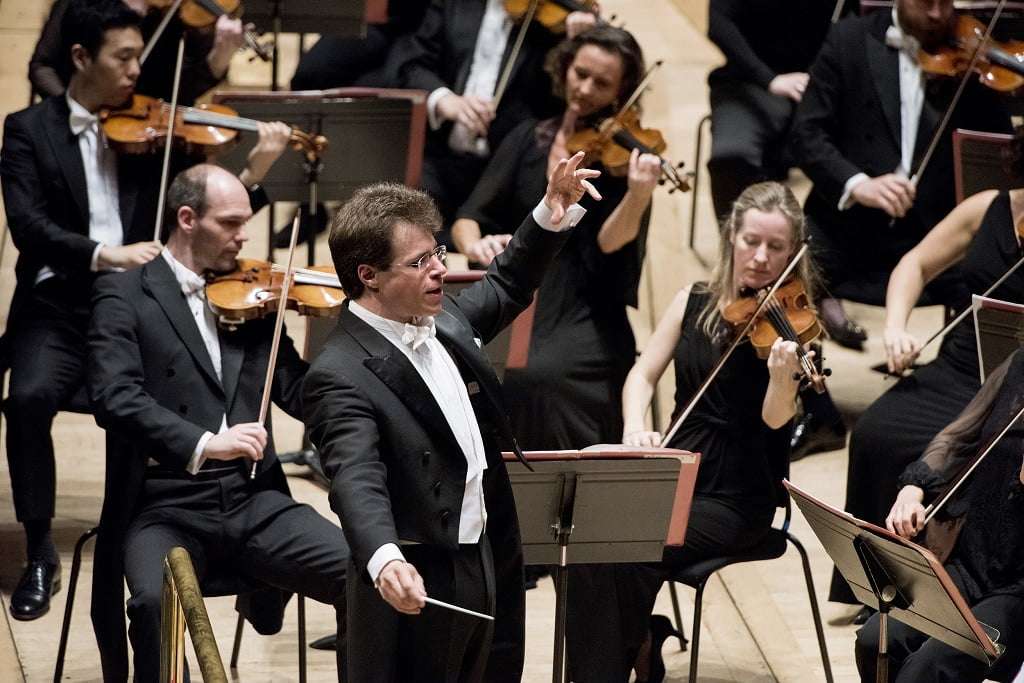 The Philharmonia Orchestra offered another of its early-evening free Music of Today recitals, this one a showcase for the 58-year-old Danish composer Bent Sørensen, who has become a familiar presence at contemporary music festivals. He and Kwamé Ryan, the latter presiding over ensembles ranging from six to fourteen players, made a rather forlorn attempt at an introductory dialogue to prepare us for Sørensen’s evanescent, reticent voice, but a lot of their discussion was barely audible.

The three works played here were composed between 1990 and 2002. The titles of the first two – The Deserted Churchyards (a reference to graveyards on the Danish coast being eroded by the sea) and The Weeping White Room – anticipate a big dose of Danish noir, amply fulfilled by the delicate, trickling impressionism expressed by a battery of pitched percussion, much pointillist slithering for strings and dabs of grey and white sound from the wind instruments, all held together by the piano. It is the sort of music where the strongest component is the title, which inevitably imposes a meaning of sorts. The title of Minnelieder – Zweites Minnewater (Love songs – Second love-lake) may be more generic, but it still depends on water imagery, and indeed the music comes across as though it is written on water. Sørensen has supplied music as a component for art installations, and all these three works have loads of atmosphere-as-commentary but not much in the way of identity. Written with obsessive finesse and making eloquent use of tiny events and hints of tonality that give it a ghostly half-life, the music’s insubstantial melancholy and nostalgic sense of fading memories sum up the essence of decay.

Sørensen’s comforting gloom made the Brahms Hungarian Dances seem especially energised, even balletic, as conducted by Jakub Hrůša, one of the Philharmonia’s two newly appointed Principal Guest Conductors. Everything I hear from this charismatic Czech conductor leaps off the page, and it was fascinating in this meeting of minds to hear how Brahms’s already captivating Hungarian Dances are appropriated – or perhaps hijacked is nearer the mark – by his friend Dvořák’s unique orchestrations. (Of the twenty-one Dances, originally for piano duet, Brahms scored only three, and many arrangements now exist.) The Philharmonia’s strings put on a notably resinous warmth that encouraged some equally middle-European style from the woodwinds, enabling Hrůša to tease out the Dances’ charm, panache and personality with idiomatic grace. 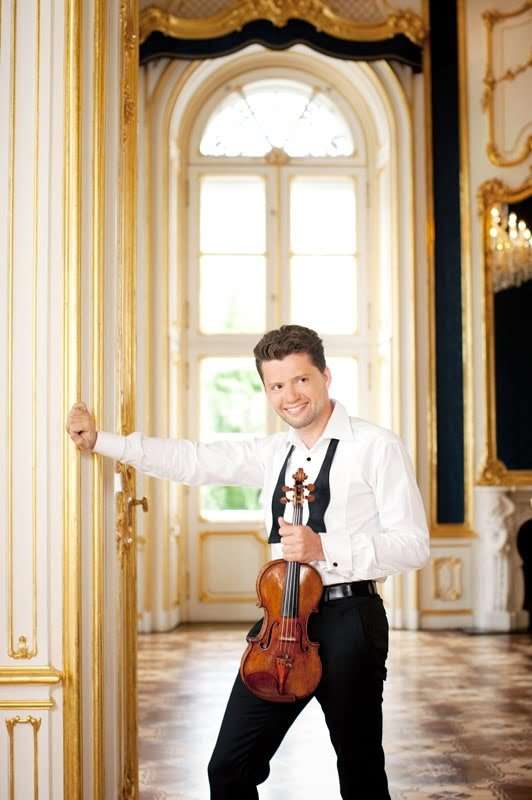 The concert’s benign progress continued with Tchaikovsky’s Violin Concerto, with the Lithuanian Julian Rachlin replacing Sergey Khachatryan. Rachlin is very much the Soloist, which, while it suits this particular work well enough, is not the entire story. Hrůša’s nimble, flexible conducting gave Rachlin any number of opportunities to throw himself into the brilliantly crafted, volatile dialogue, but there was a reserve that spot-lit his stunning playing in the first movement’s development and even more so in the cadenza for much-deserved admiration. The tone Rachlin draws from his 1704 Stradivarius turns expressively between cordiality and subtle astringency, and his phrasing is meticulously crafted – and if craft and superlative virtuosity is what you want from this most impetuous of Violin Concertos, Rachlin’s your man.

His encore, introduced by him as needing no introduction, was Ysaÿe’s one-movement Sonata No.3 (Ballade), a technical challenge to be reckoned with, which told us more about Rachlin in six minutes than the Concerto did in thirty-three.

Lofty grandiloquence was never Dvořák’s thing, which is why I love the Symphony No.8 and admire the ‘New World’. Hrůša showed how completely he is inside the music in this big-hearted, compelling performance. Every instrumental nuance, every slender rubato and explosion of drama took us directly into this Symphony’s universal but specifically Czech character – the central crisis in the first movement which turns out to be just a hectic diversion, the spellbinding descending string scales accompanying the Adagio’s main tune and the movement’s poised compromise between seriousness and charm, the lingering elegance of the Scherzo, and, a special pleasure because it was also for Hrůša, after the trumpets’ raucous fanfare the sly irony of the Finale’s quasi-nobilmente cello tune being ambushed by the Dumka-like ferocity of wild, superbly played horn trills – all of it familiar but wonderfully refreshed, and just occasionally you get a half-glimpse of the Zen-master on his mountain top with the answer to the meaning of life and everything before the vision is blown away by Dvořák’s, and here, the Philharmonia and Jakub Hrůša’s zest and affection.