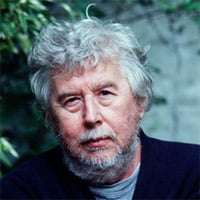 The first half of this concert juxtaposed a contemporary composer looking back to J. S. Bach and Prokofiev paying homage to Haydn.

Harrison Birtwistle’s exquisite revealing of Bach’s layers and counterpoint (in eight varied chorale preludes) is respectful and imaginative, economic yet variegated – the fourteen players a mix of winds and brass with string quartet and double bass tinged by the ‘cool’ sound of vibraphone and the bright tinkle of glockenspiel. Bach’s invention is not toyed or interfered with; rather Birtwistle clarifies what is there, not afraid to pungently sound a particular idea or to pierce the air. If the soundworld is recognisably Birtwistlian, Bach is exposed in terms true to himself, the only notable extension being in the final movement (‘Durch Adams Fall ist ganz verderbt, BWV637) in which, for a brief moment, harmony is deconstructed before a richly beautiful if solemn pay-off ends the sequence.

Speculation in the programme as to whether this was the first time Prokofiev’s ‘Classical’ Symphony was being performed without a conductor can be answered easily by saying: Orpheus Chamber Orchestra on Deutsche Grammophon. In Birtwistle, unobtrusively but decidedly led by Jacqueline Shave, the musicians made wonderful chamber music with sensitive appreciation and genuine rapport. The larger forces for the Prokofiev also displayed first-class ensemble, lively attack, plenty of dynamic contrasts and gave a performance of wit and affection, tempos well-judged, especially in the first movement (moderate and articulate), but excepting the brief third-movement ‘Gavotte’, which was rather pulled around and ‘danced’ with steel toe-caps; all a bit mauled. 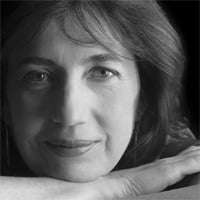 And it was a similar bright insistence that, eventually, undid the Beethoven, which became rather wearing. Imogen Cooper and Britten Sinfonia are working their way through Beethoven’s piano concertos season by season (numbers 3 and 5 to go). She isn’t directing from the piano, but there is interaction between her and the orchestra. Cooper played with much intelligence and was always inside and serving the music, her vigour and clarity admirable, her phrasing unaffected, her sense of direction undeviating. But rarefied poeticism was in short supply and while athleticism and elan brought other virtues, this was a rather two-dimensional account.

In the slow movement, the strings were certainly combative but took a while to cower to Cooper’s (very effective) simple eloquence – but then did so all too easily. Elsewhere, despite a fiery, gruff and unanimous response from the orchestra, more subtlety and flexibility – dare one say ‘direction’ – was needed, if only to remind that Beethoven didn’t always thump the table when he had something to say. Although the first movement was impressively vivid, there was eventually ‘no escape’, a lack of wonderment finally undermining both the work and this performance.