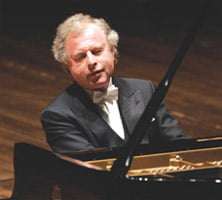 András Schiff’s Schubert Series here reached its fourth and final instalment with a programme that similarly brought the interspersing of symphonies with piano sonatas to its natural culmination.

Forceful but not unduly weighty and never ponderous, the ‘Unfinished’ received a performance that found the balance between the symphonically cohesive and the emotionally wrought. Dynamics in the first movement were not as extreme as they nowadays so often are, while Schiff’s emphasis on the songful nature of the thematic material was evident even in the rigorous contrapuntal phase of the development. Regretful but never desperate, the coda prepared well for the second movement – here with its stark juxtaposition of repose and anxiety brought into evident accord, and with a coda that lacked nothing in expressive poise. Not a startling or a revelatory performance, then, but one that made sense of the two-movement entity entirely through musical rather than anecdotal reasons.

Whereas the old assertion that this work had remained ‘unfinished’ because Schubert had unwittingly ‘finished’ it as it stood retains little credence, the same argument holds up better with the ‘Reliquie’ Sonata and it made sense that Schiff programmed it immediately afterwards. Here, not only the underlying tempos but also the motivic elements, along with their unfolding and their intensification, binds the two completed movements into a unity such that the putative minuet and finale could not have hoped to enlarge upon.

Schubert seems to admit as much by making the Andante an uncanny ‘double’ of the Moderato, and Schiff underlined this by proceeding from one to the other virtually without pause. In both instances, it was the near-Beethovenian dynamism of development and coda that most readily seized the attention; Schiff’s probing but never overstated approach borne out by the lean, incisive timbre of his Bösendorfer. Seldom has the coherence of this problematic torso been more evident. 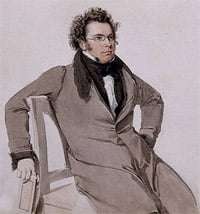 So to the ‘Great C major’ Symphony. Starting from a relatively swift tempo, Schiff elided between the first movement’s Andante introduction and its main Allegro with complete unanimity of pulse. As before in this series, his use of antiphonal first and second violins – with double basses centrally lined-up to the rear – was less in the interest of textural clarity than with securing an audible timbral balance across the orchestra. Valve-less trumpets were again employed, which caused the players undeniable problems during more intricate passagework but contributed to a sense of ‘arrival’ at cadential points: not least in the first movement’s coda – where Schiff’s rallentando on the return of the horn theme, while perfectly judged, felt unconvincing in the sense of apotheosis it brought to what should surely be an uninhibited close.

The Andante con moto, while initially a little too temperate emotionally, lacked nothing in impact as the point of crisis was reached; the silence that followed bringing its own vindication. The coda, pensive and yet shot-through with ominous import, was similarly unequivocal in its opening-out of the music’s expressive potency. The Scherzo was perhaps marginally too relaxed to justify the taking of all repeats (those in the expositions of the outer movements were also observed, bringing the work in at just on the hour), but the lilt with which the trio unfolded and the corresponding articulation of the strings was irresistible.

Nor did Schiff go awry in the finale – here ensuring that the exposition repeat brought with it a degree of intensification such as carried through the rest of the movement. There was no mistaking the finality of the coda: accumulated momentum channelled into a conclusion as purposeful as it was decisive, with the final cadence landing on a final chord that – unusually these days – brought with it an emphatic sense of closure. Wherever Schubert’s symphonic journey may have been headed, Schiff certainly ensured its last fully-realised stage was nothing if not complete.