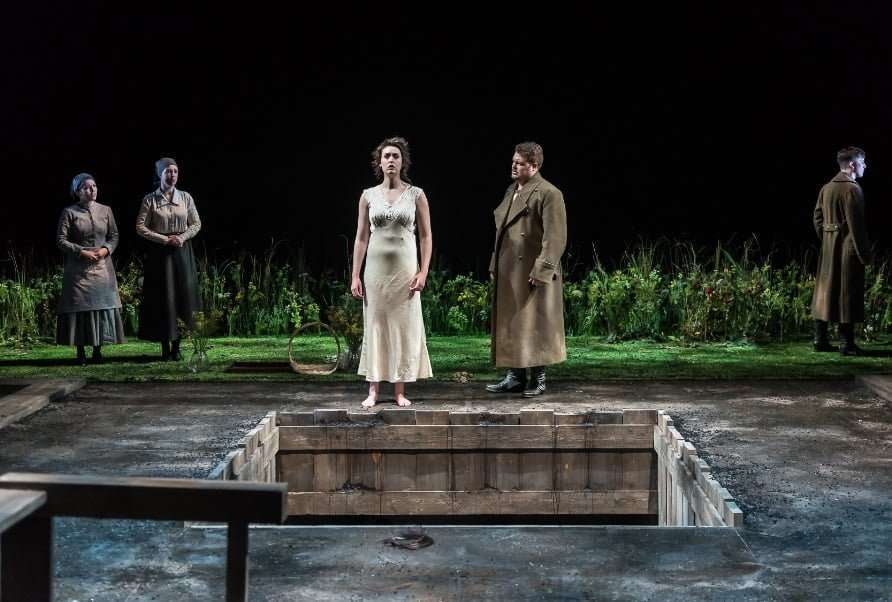 If only Benjamin Britten had used a different librettist to Ronald Duncan for The Rape of Lucretia, this early and uncompromising depiction of betrayed innocence – the theme that would fuel most of his operas. Well, he didn’t, and singers, directors and instrumentalists have had to work round Duncan’s opulent, sententious and almost anti-musical imagery and have also had to work with the contrivance of the Male and Female Choruses offering their moral, narrative and historical standpoints, as well as folding the classical fable of the suicide of Lucretia (the virtuous Roman wife raped by the Etruscan prince, Tarquinius Superbus) into a Christian interpretation of redemption through suffering.

Although in general diction was good (the female roles better than the men, for once), perhaps it was a mercy that there were no surtitles in the first of four performances of Martin Lloyd-Evans’s staging of this winter’s Guildhall School opera course. Initially it couldn’t have been clearer or closer, with the seating tightly rearranged round three sides of the stage and the orchestra placed to one side of the space. Jamie Vartan’s set at first looked like the pit of an archeological dig (shades of Glyndebourne’s recent production?) from which all the characters except the two Choruses emerged and to which they returned, although at the end it seemed to imply a First World War trench. 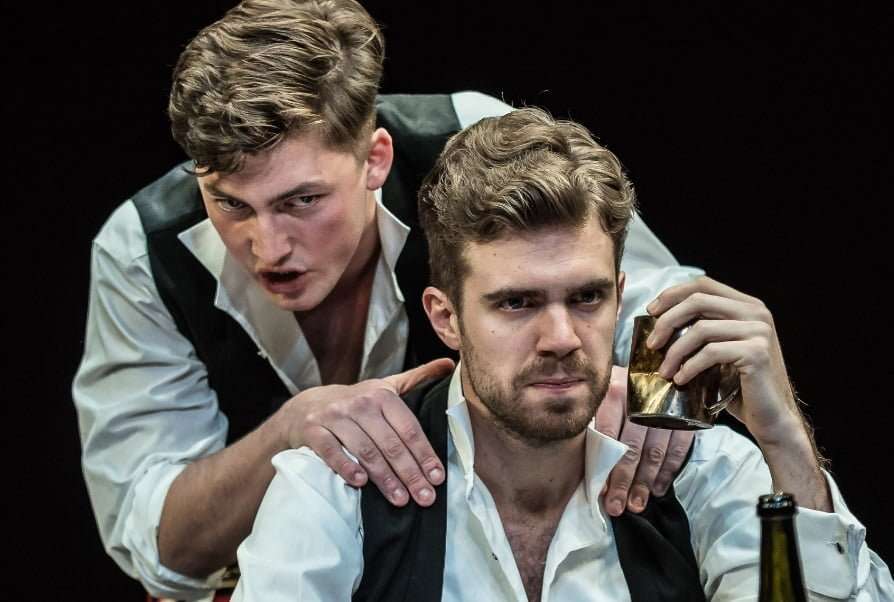 The symbolism was obvious, sharpened further by the Choruses dressed in corporate-chic tailored suits. They extend their roles as sympathetic observers into time-travelling superior beings so distressed by what they witness that they have to restrain each other from altering the course of history. With the Choruses so involved, Lloyd-Evans plays down antique artificiality, and the action flowed more or less as naturally as some of the set-pieces allowed – the folding of the linen with some fussy stage-business; the prolonged, tension-sapping “Goodnights” at the end of Act One; and the risible ‘Down with the Etruscans’ chorus at the opening of Act two were as intrusive as in any staging I’ve seen.

The Christian annexation of the Roman story at the close remains a problem, and I rather admired the way Lloyd-Evans went over the top, with the back curtain rising to reveal a field of war-grave crosses behind the dead Lucretia. Was her rape representing the rapes of all war-abused women? Search me. 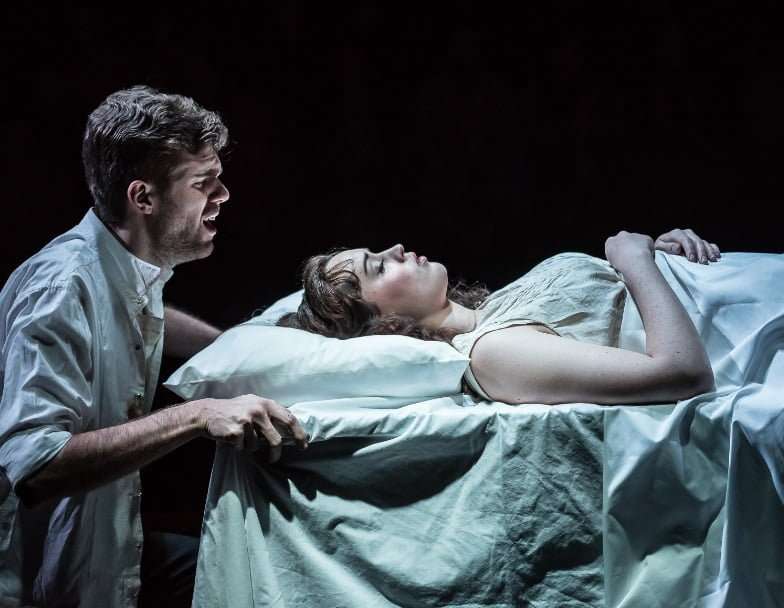 Yet in terms of a floating-world timelessness, the mix of costumes worked to atmospheric, non-specific ends in an economic production cleverly tailored both to the short run and the stage layout. The lighting was effective, as was the sparing use of video projection, and the lovely garden set for the post-rape section of Act Two became a simple, poignant backdrop for Lucretia’s distress. It wasn’t all obfuscation.

The GSMD fielded an impressive first cast (of two). Elizabeth Karani had the range, focus and cultivated tone for the Female Chorus, she worked the unconventional space to her advantage, and she interacted particularly well in her lullaby to Lucretia. Elgan Thomas (Male Chorus) overdid the volume of his already big tenor, but he scaled it down in his visceral, patchily pitched description of Tarquinius’s ride to Rome, and I liked the way he came across sometimes as a TV host as he addressed the audience,

Bethan Langford, who in her classically pleated robe radiated a Kathleen Ferrier-like dignity and self-possession as Lucretia, has a mezzo of considerable quality, and her English poise contrasted powerfully with the misery of her downfall, which was very movingly staged. Her words were good, but I missed the ambiguous suggestion of subconscious collusion in the rape that makes Lucretia’s suicide all the more harrowing.

As Tarquinius, Josep-Ramon Olivé had the necessary voice and musicianship, but, naturally suave and seductive, he didn’t convey much in the way of feral, glistening lust and danger. Dominic Sedgwick was compelling as the tricky Junius, who, knowing his own wife to be unfaithful, eggs on Tarquinius with an impressive display of self-interested spite. David Ireland added an interesting touch of complacency to Collatinus, husband of the supposedly unassailable Lucretia, and the beautifully sung comfort he offers her after the rape had all the intense lyricism of the forgiveness episode in Schoenberg’s Verklärte Nacht. The maid Lucia’s high, bright vocal line is always a surprise, and Nicola Said floated it with purity and a hint of mischief, which contrasted well with the warmth and authority of Elizabeth Lynch’s Bianca.

The placing of the 13-strong chamber orchestra near the singers enabled a close ensemble, further strengthened by Dominic Wheeler’s tight conducting. To my ears, it was driven rather than animated, and his approach was more orchestral than chamber-inflected. Some detail was too emphatic, while some went for little (the eerie harp music in the opening scene, for example) – a pity, because the playing was excellent.