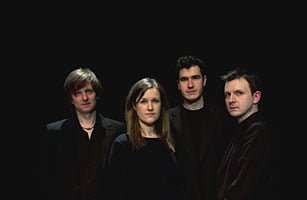 The Purcell Room might not have the busy schedule of chamber recitals it once had, but it remains a worthwhile venue for ensembles such as the Brodowski Quartet – which, as winner of the 2008 Royal Overseas League Competition and with a residency at Bristol University, is well on the way to becoming established among the UK’s leading such ensembles of the younger generation. This programme demonstrated the players’ credentials with a work central to the repertoire, alongside music by a not insignificant figure from the early twentieth-century and the first hearing of a work by one whose contribution to the genre has already set him among its leading practitioners.

That said, John Pickard’s Fifth String Quartet (2012) is his first for thirteen years, during which period he has produced such as the large-scale choral work Agamemnon’s Tomb and the Gesualdo-inspired orchestral piece Tenebrae (given its memorable UK premiere in Cardiff earlier this year). The present string quartet is avowedly abstract in thinking – its starting–point being the conceptual gulf in understanding between individuals that can emerge almost imperceptibly yet lead to a conflict such as is not easily rectified. Pickard duly traces such a scenario across a work whose five movements, playing for a total of just under 25 minutes, constitute a model of formal and expressive integration as if after the fact. Thus the opening ‘Inquieto’ begins with a purposeful unison theme that loses focus as the music fractures into increasingly disparate interplay. Despite fleeting moments of unanimity the ensuing ‘Desolato’ is as sombre as its title suggests, while the brief yet eventful ‘Prestissimo e leggiero’ is a fugitive scherzo of no mean textural and rhythmic ingenuity – leading without pause into ‘Drammatico’ which unfolds as a series of often anguished solos, duos and trios. Near the end of this the violist brings a measure of calm that the final ‘Molto energico’ then instils into a cumulative sense of purpose that, while actively drawing earlier and more ambivalent ideas into its orbit, advances towards a closing and hard-won affirmation.

For all its determined avoidance of novel techniques, the writing makes no false concessions to musicians or listeners. Suffice to say that the former rose to the challenge with a reading that captured the music’s range of emotions as convincingly as it rendered audible the work’s long-term structural cohesion. Pickard has been fortunate with past exponents – the Britten, Allegri and Sorrel ensembles all having championed his output – and there can be little doubt that this is set to continue with the Brodowski, which is recording the present work, together with Pickard’s imposing String Quartet No.1, for Toccata Classics.

Opening the evening was a rare revival for the Five Pieces (1923) that Czech composer Erwin Schulhoff wrote during a period which saw most of his most vital chamber works. Genre pieces that consistently and unpredictably undercut their basic premises – a suave though anxious ‘Viennese Waltz’ being followed by a simmering and ominous ‘Serenade’, a ‘Czech folk music’ that suggests more than a passing acquaintance with the later music of Janáček, a ‘Tango’ evincing more than a touch of astringency, and a ‘Tarantella’ that brings about the lively and (over-?) insistent close. All five were incisively characterised by the Brodowski musicians, who will hopefully now take on Schulhoff’s fully-fledged string quartets.

After the interval, Schubert’s ‘Death and the Maiden’ (1824) received a fluent interpretation that lacked little in intensity or sustained emotion. The Allegro was purposefully despatched, with no easing up for its lilting second subject and with underlying anxiety (abetted by the absence of the exposition repeat) maintained through to the restive ending, while the Andante’s initial variations on the song Der Tod und das Mädchen had a cumulative charge to which the music’s more-inward continuation brought little in the way of solace. The scherzo had a truculence such as was barely offset by its wistful trio, with the finale’s persistent tarantella motion equally unrelenting as the work surged onward to a fatefully decisive close.

This was a fine showing for the Brodowski Quartet. Though its members did not offer an encore (Pickard’s transcription of Elgar’s Sospiri might have afforded a welcome measure of repose), the recital reinforced the group’s growing reputation with an enterprising and testing programme. Future appearances are keenly anticipated.