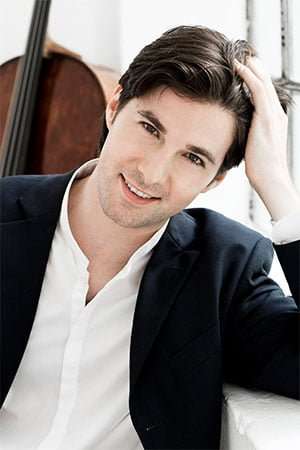 This was the second of two Dvořák concerts by the Budapest Festival Orchestra in Avery Fisher Hall, the first featuring the seldom-performed Piano Concerto (with Garrick Ohlsson) and the much-liked Eighth Symphony, and this current program the far more popular Cello Concerto and ‘New World’ Symphony, both composed during the composer’s stay in America. Iván Fischer’s wit and showmanship were in evidence from start to finish. As the BFO played the last of the Slavonic Dances, a Sousedská (a slow Bohemian dance in ¾ time), percussionist Gáspár Szente, to the audience’s great amusement, walked slowly forward through the orchestra, took the seat that had been set up for the cello soloist, and drew from his pocket a campanello – a small bell – and a stick capped off with a red ball, producing a delicate sound that epitomized the Dance’s character.

Following this curtain raiser, Daniel Müller-Schott claimed his chair and gave a marvelous performance of the Cello Concerto, drawing a gorgeously resonant sound from his eighteenth-century Venetian instrument. His idiomatic phrasing and technical virtuosity were outstanding. Fischer was a fine accompanist, keeping the BFO in check to avoid overpowering the soloist, but letting loose in the tutti passages, which sometimes went a bit over the top. There were many excellent solos, most notably Erika Sebök on flute, Zoltán Szöke on horn, and from concertmaster Violetta Eckhardt, whose duet with Müller-Schott toward the end of the finale was a particular highlight. He offered an encore, a dazzling rendition of Ravel’s Pièce en forme de habanera (as arranged). 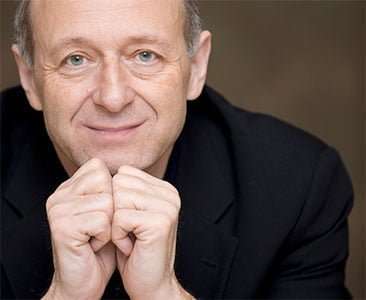 To open the concert’s second half, Fischer again preceded the main work with a shorter piece, the last of Dvořák’s Ten Legends. He then plunged immediately into the ‘New World’ Symphony. After the low strings and woodwinds softly intoned the opening bars, Fischer hit the big chords, to Roland Dénes’s timpani figures, with full power, and soon Szöke’s horn launched the principal theme, which took on a variety of colors as it passed from one instrument to another. As had been the case at times, the strings sounded a bit muddy, and the double basses came through a bit too strongly, perhaps owing to the use of risers on which these instruments were perched high at the rear of the stage, projecting forward unobstructed, an arrangement that certainly did not prove a panacea for the Hall’s acoustical shortcomings. Apart from occasional breathers, as when the sinuous second subject appeared, Fischer sustained a generally high level of excitement, culminating in a shattering series of chords.

The Largo was perfection itself, with Jeremy Sassano’s haunting English horn (cor anglais) solo at its heart being the work’s most tangible connection to indigenous American music. The woodwinds and the violins distinguished themselves in the interludes between statements of the recurrent theme. In the scherzo, strings and timpani were in rollicking form, with triangle and bassoon adding nice touches, and the trio was graceful. The brass was resplendent throughout the Symphony, with horn and trumpet giving a thrilling statement of the main theme in the finale, which also was marked by swirling strings and excellent clarinet solos by Akos Acs. The recurrence of earlier material, particularly Szöke’s reprise of the initial horn theme, brought a sense of closure to the work, with Fischer milking the final chords for all they are worth.

Acknowledging the enthusiastic response, Fischer asked whether anyone had been to the previous day’s concert. When some hands were raised, he said “we’ll have to do something different.” For an encore, the two-dozen women in the BFO rose and set their instruments aside for ‘Hoře’, the fourth of Dvořák’s Moravian Duets (Opus 38), with accompaniment provided by the men. The women sang so beautifully that one was tempted to think that Fischer was fortunate that they were also capable of doubling on violins and other instruments.