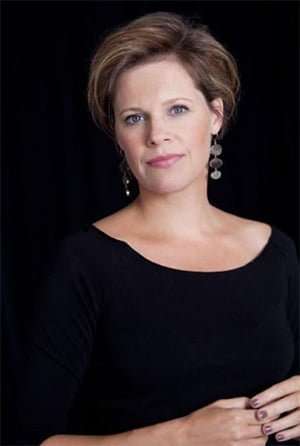 Camilla Tilling and Paul Rivinius began their BBC Radio 3 Lunchtime Concert at Wigmore Hall with an attractive grouping of some of Schubert’s most uplifting Lieder. Tilling’s tone was bright in ‘Suleika I’, which moved between major-key radiance and the occasional warning diversion into the minor, carefully managed by Rivinius. Her timbre was a little shrill early on but quickly settled, and the top B flat at the climax of ‘Suleika II’ was strongly delivered. ‘Du bist die Ruh’, as peaceful a Schubert song as you could wish to hear, was radiant. 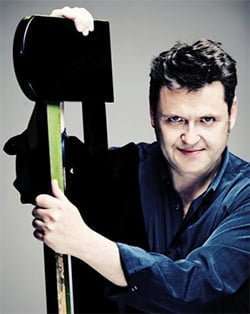 The settings of Alexander Zemlinsky are seldom heard in the concert hall, and it was enlightening to hear this group of short, descriptive songs from 1898, with their full harmonies and unconventional melodic profiles. Tilling enjoyed the extremities of these musical postcards, lending vivid characterisation to each, and the wide range of ‘Klagen ist der Mond gekommen’ (The moon has come complaining) was notable, as was the confidentialities of ‘Blaues Sternlein’ (Little blue star). ‘Liebe Schwalbe’ (Little Swallow) was particularly charming, the raucous bird doing its best to wake up two sleeping lovers, swooping from the heights in Rivinius’s brilliantly realised accompaniment. ‘Ich gehe des Nachts (I go at night) went the other way, a cold frisson arriving with the sighting of Death.

The songs of Grieg also deserve more than the occasional outing. The Opus 48 set, completed in 1888, has a variety of style in its six songs, with hints of Wagner and Schumann, but with the attractive melodic invention characteristic of this composer. The line “Klinge, kleines Frühlingslied” (Ring out, little song of spring) was appropriate given the light streaming through the skylight of the hall, but ‘Dereinst, Gedanke mein’ wore a pained expression, with very little vibrato used as Tilling exerted commendable control over her sound. ‘Die verschwiegene Nachtigall’ was utterly winsome with the distinctive refrain in the vocal line echoed by the piano in a distant haze, and the softly voiced march of ‘Lauf der Welt’ (‘The way of the world’) was reminiscent of ‘March of the Trolls’, one of Grieg’s for-piano Lyric Pieces. Rivinius and Tilling were also effective when tracking each other at a distance of three octaves in ‘Zur Rosenzeit’, while the final song, the von Bodenstedt setting ‘Ein Traum’, was a rapturous reverie with a particularly ecstatic finish. For an encore the pair returned to Schubert, with ‘Bei dir allein’ (D866/2), in keeping with the novel nature of the recital, and a winning aside to the audience from Tilling was met by some clearly articulated arpeggios from Rivinius.