“Vocal ensemble The Orlando Consort provide the haunting and ethereal live soundtrack to La Passion de Jeanne d’Arc – Carl Theodor Dreyer’s silent film about the trial of Joan of Arc. When the film was released in 1928, it caused a minor scandal. Condemned unseen in France, vilified by Catholic authorities and even banned in England for its depiction of English soldiers, it is now recognised as a cinematic masterpiece, startlingly ahead of its time. Based on the actual transcription of the trial, its claustrophobic close-ups, alongside Renée Maria Falconetti striking performance give an evocative account of the French heroine’s final moments. From its very first screening, various forms of music have accompanied the film, with works by composers as diverse as Nick Cave and J S Bach set to its arresting images. Here though, you can see it performed with the music of Joan of Arc’s time ringing in your ears, The Orlando Consort lending their soaring harmonies to a soundtrack comprised of music from the period the film itself depicts, namely the fifteenth century. Working in perfect tandem, the music and visuals transport you back to the trial itself, focusing on the human voice and its power to accuse and reassure.” [Barbican Centre website] 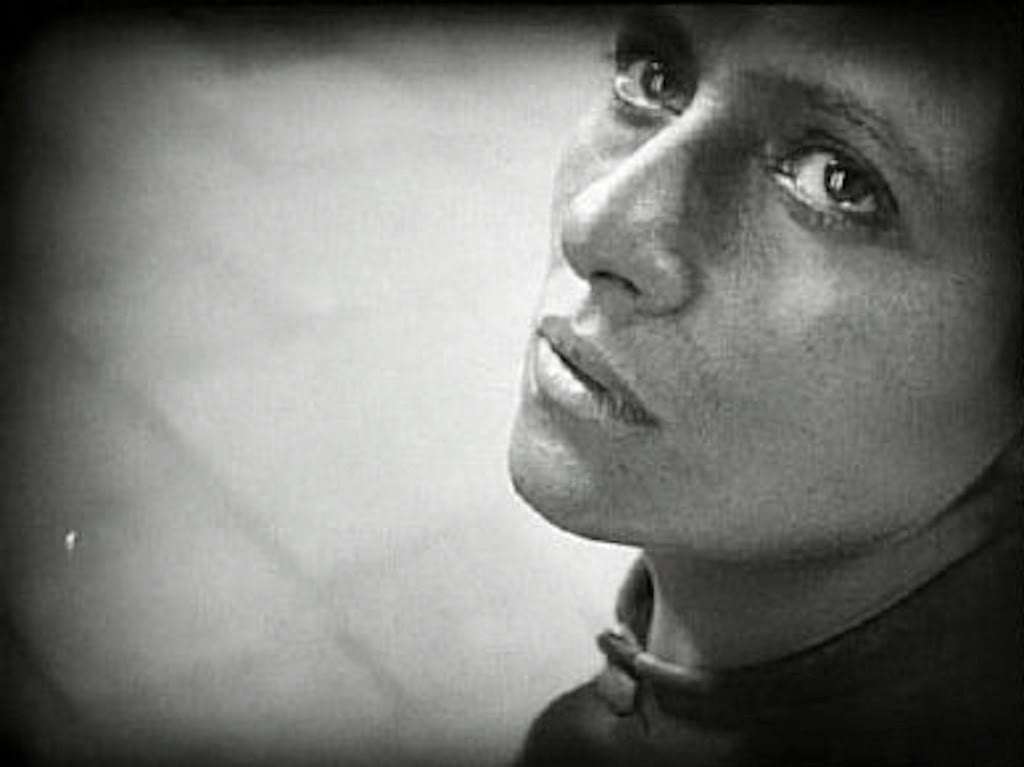 La Passion de Jeanne d’Arc directed by Carl Theodore Dreyer (1889-1968) is one of the towering masterworks of silent cinema. Gaunt, austere, anguished and claustrophobic, the film is also a problematical. The 1928 premieres in Copenhagen (Deyer was Danish), then Paris, featured especially composed scores, although Dreyer had no say in the matter and disapproved of them as well as all subsequent attempts. Since his death and the discovery in 1981 of the film’s original print at least eighteen different accompaniments have been offered.

The Orlando Consort is unique in that its members have designed an a cappella score from the time of Joan of Arc herself. Music from mainly French and Burgundian composers is used. There is also music that Joan may have heard, such as a plainchant antiphon for the Feast of St Michael and All Angels. 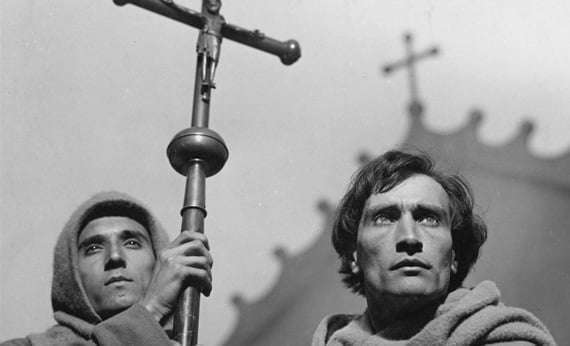 At LSO St Luke’s The Orlando Consort was reinforced by the bass Robert Macdonald and a screen was suspended above the stage. Dressed in black, the singers (with earpieces) were hunched over two glowing laptops to synchronise with the images. The flickering shadows and their dimly-lit faces made the Orlando members seem like extras in the film-drama unfolding above them.

Dreyer’s La Passione de Jeanne d ’Arc draws parallels with Christ’s Passion. It is also a courtroom spectacle with its emphasis on theological sophistry and is close to the Horror genre with its visceral attention to physical pain and sense of menace (Dreyer’s next work was Vampyr).

La Passion de Jeanne d’Arc is made up of intense close-ups, low-angle shots, off- centre framing and striking, sculpted composition. Many scenes are shown from the subjective viewpoint of Joan, as with the looming close-ups of her persecutors. Other scenes show Joan of Arc’s agonised face. Renée Maria Falconetti’s performance is astonishing, endlessly expressive and without anything false – one of the great feats of film acting. Antonin Artaud as the young priest who believes that Joan is a saint is profoundly affecting. 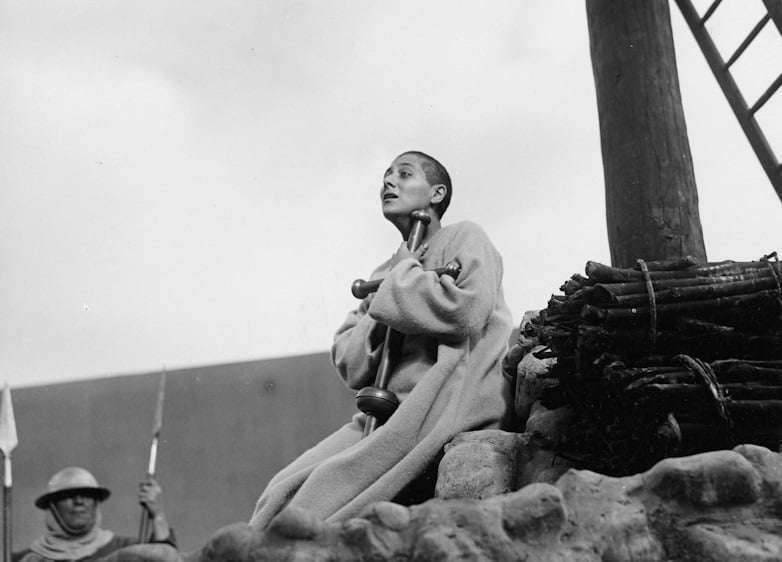 Singers are an appropriate mode of expression given the role of ‘voices’ in the film. Joan’s accusers are determining whether the voices Joan hears are from God or from Satan. Broadly, the music used is organised so that plainchant represents the theologians and polyphonic sacred music the authority figures. Poignant chansons correspond to Joan’s suffering as when the camera lingers on her face during intense questioning. The English ‘Agincourt Hymn’ is used with irony to accompany the scene in which Joan is cruelly mocked by English soldiers. The beautiful ‘De tristesse’ by Gautier Libert is sung as Joan weeps and prepares herself for death. Sometimes the voices dropped to whispers to accompany the conspiring theologians, and silence ensued at the truly shocking moment when one of them calls Joan a blasphemer and spits in her face.

The voices of The Orlando Consort were well-blended throughout and their vocal beauty offered a respite from the intensity of the images. La Passion de Jeanne d’Arc is a work of such disturbing power that it continues to be difficult to watch. The Orlando Consort created the perfect musical texture for it, although sometimes the viewer was getting perilously near sensory overload and further moments of quiet would have been useful. Nevertheless, this now seems the benchmark score for Dreyer’s masterpiece.