Plus improvisations and works by anonymous composers 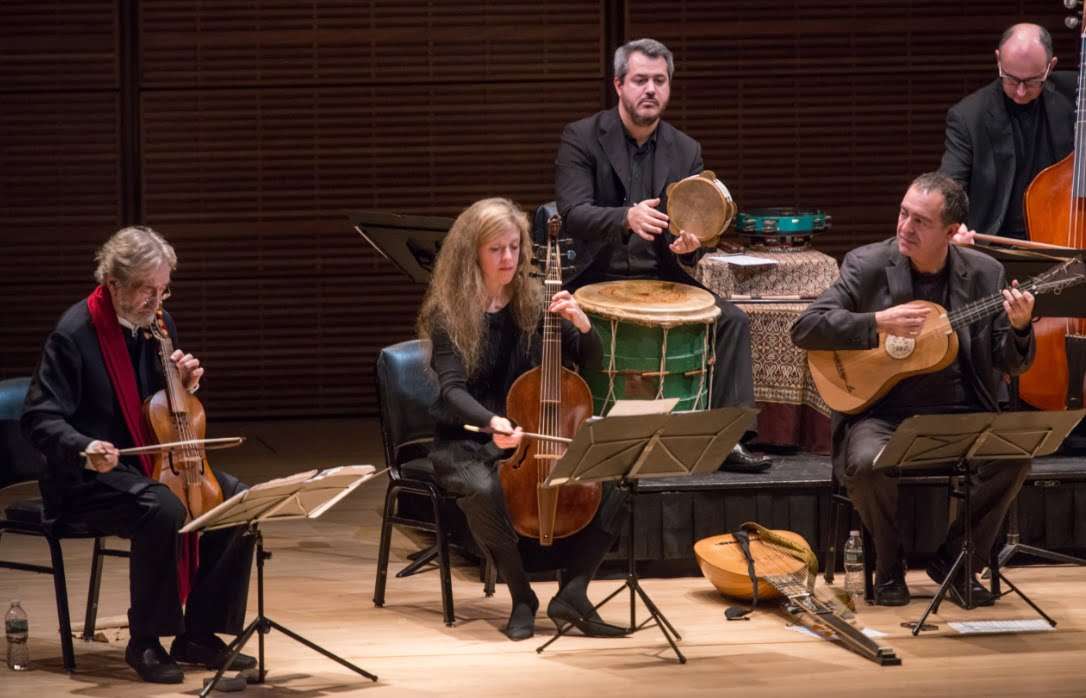 Carnegie Hall’s ambitious three-week festival, La Serenissima: Music and Arts from the Venetian Republic, highlights the artistic legacy of the Republic of Venice, which existed for a millennium between the eighth and eighteenth centuries. Extending throughout New York City, La Serenissima encompasses numerous events, discussions, theatrical events and art exhibitions.

Here Jordi Savall, the Catalan master of antique music and reigning champion of the viola da gamba, led his Hespèrion XXI ensemble in a wide selection of mostly Venetian music from the sixteenth and seventeenth centuries. It was not until then that instrumental music emerged as a separate genre, and as it flourished, Venice’s St Mark’s Basilica, with its massive architecture and extraordinary acoustic, became the epicenter of the Venetian School. Most of the composers represented in this Serenissima program had direct links with Venice. Five of them worked at St Mark’s, while Girolamo Parabosco studied under Adrian Wallaert, the Flemish founder of the Venetian School.

The Venetian influence on instrumental music spread outward across Western Europe. Savall’s meticulously researched program of twenty-eight works was presented in eight sets of two to five pieces each, progressively illustrating how innovations in Venice moved from dances and popular songs toward the Baroque, and how the Venetian style became widely influential abroad at a time when, as Savall reminded us, “immigration was not a problem.”

Hespèrion XXI’s tour started with a focus on dance music, including four anonymous pieces, and Giorgio Mainerio’s famous Ungaresca. The first three were stately and flowed seamlessly, making it hard to tell where one piece ended and the next began, but David Mayoral’s rhythmic drive on drums and tambourine set a Saltarello apart, just as an incessant beat distinguished the Mainerio. The second set moved on to the mid- to late-sixteenth-century ricercare and capriccio forms, more reminiscent of vocal music, slow-paced and displaying extensive use of contrapuntal imitation, while Giovanni Battista Grillo’s Capriccio was marked by rhythmic flare, impeccably executed. 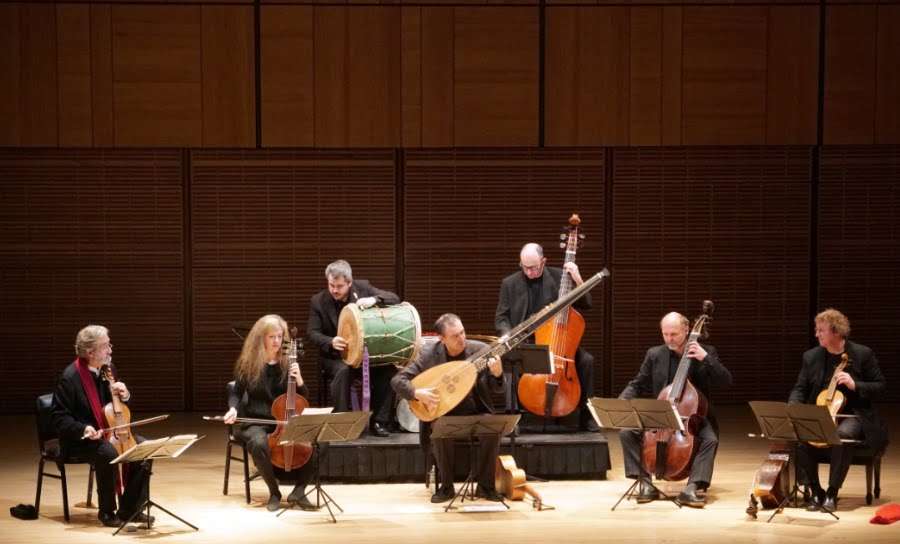 A visit to Britain featured Elizabethan and Jacobean consort music in a striking mix of moods and speeds. Grave and sprightly dances by John Dowland were followed by Orlando Gibbons’s solemn In nomine à 4. William Brade’s Ein Schottisch Tanz (A Scottish Dance) found Savall’s treble-viol pairing with Philippe Pierlot’s alto to produce invigorating rhythms. Crossing the Channel to seventeenth-century France, a set of fantasies and dances from the court of Louis XIII included a ‘Fantaisie’ from Luigi Rossi’s opera, Orfeo, the latter most impressive with its mournful opening followed by a dramatic quicker section, both very movingly played.

The final three pieces took us to Savall’s native Iberia and the most thrilling music on the program. Xavier Díaz-Latorre’s flawless and spirited guitar-playing in Folia on the First Tone by Pedro de San Lorenzo called to mind more contemporary Spanish and Latin-American music. Savall was at his finest as he ended with two nimble-figured improvisations. There were a pair of encores: Der Satyrn Tanz by Brade, a spirited piece in which Mayoral delivered a lively and amusing solo on the Jew’s harp, and Johann Hermann Schein’s A-minor Suite à 5 from Banchetto musicale.