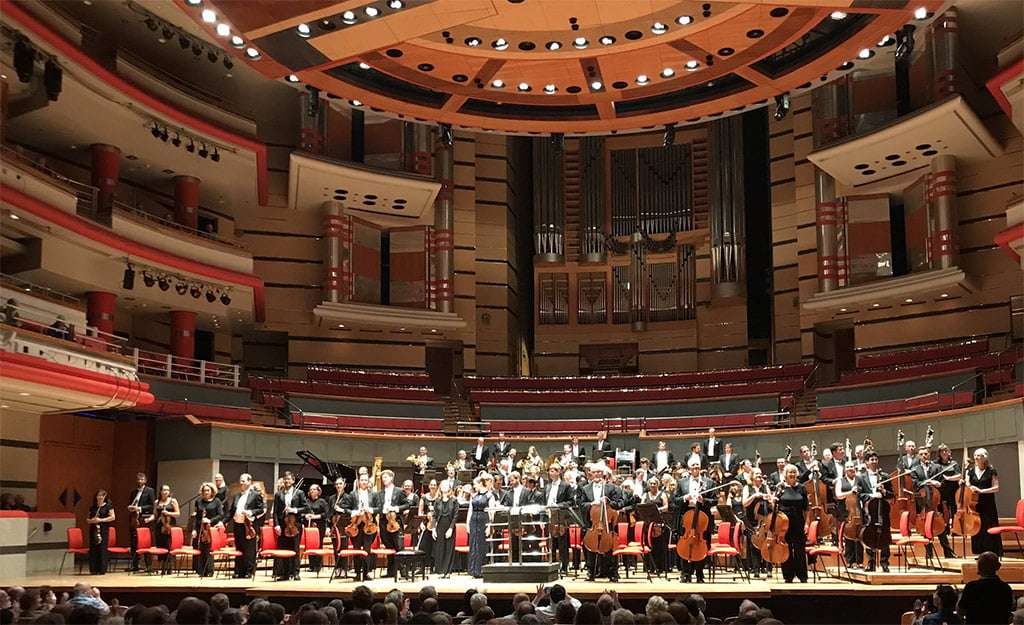 An ‘additional’ concert by the CBSO with music director Mirga Gražinytė-Tyla, following their Proms appearance three days ago and before their brief European tour next week, during which the three pieces heard here will feature.

Both first-half works are now more often heard in their full-length incarnations (Simon Rattle having long ago set the pace in Birmingham), but these original five pieces of Ravel’s Mother Goose (1910) are a more than plausible overview of that whimsical profundity the composer held dear. A quality, indeed, that this performance had in spades – notably the quirky humour of ‘Laideronnette, Impératrice des Pagodes’ with its winsome orientalism, then the wide-eyed wonders of ‘Le Jardin féerique’ with its enfolding modal harmonies and ecstatic culmination.

Time was when the 1919 Suite from The Firebird (1910) was the most often encountered version of the ballet, which has gone on to enjoy a central place in the repertoire. Having performed this latter in Birmingham last season, MGT gave a comparably idiomatic account of the Suite – underlining the quicksilver texture of ‘The Firebird’s Dance’ as surely as the insinuating poise of ‘The Princesses Khorovod’. Ensemble went a little awry near the outset of ‘Kashchei’s Infernal Dance’, but that did not prevent a scintillating close nor spellbinding lead-in to the ‘Berceuse’ – its pensive bassoon melody eloquently rendered by Nikolaj Henriques. The crescendo into the ‘Finale’ was not lacking atmosphere, the more self-contained orchestration of this version lending a degree of restraint to the closing pages.

After the interval, Mahler’s Fourth Symphony (1901) continued this mood of sophisticated make-believe. Its opening movement had no lack of ingratiation or suavity, but MGT was keen to emphasise those more ominous aspects which come to the fore in a development of visceral immediacy so that the equanimity of what followed could not outface. Nor did the idyllic oases of its Trios undercut the essential malevolence of the Scherzo, with its skewed contrapuntal textures and ‘sharpened’ violin to which leader Eugene Tzikindelean did ample justice.

The Adagio was nevertheless the highlight – MGT finding an ideal balance between intensifying episodes of alternating repose and anxiety, followedby a resplendent climax where the opening of Heaven’s Door imparted transcendent longing to the concluding bars. The Finale (rightly) followed attacca, Lina Dambrauskaitė making an unerringly timed entrance to arrive centre-stage exactly at the point her contribution commenced. Nor did she disappoint in singing as conveyed the knowing naivety of ‘Das himmlische Leben’ with purity of line and flawless intonation – while not neglecting the many incidental (and disquieting) details of this decidedly worldly Heaven. Irony there was in abundance, at least until the singing ends and the music has subsided into the ruminative depths where it ceases.

All in all, a finely shaped and involving performance of a work nowadays too often taken for granted in the context of Mahler’s symphonic cycle. Suffice to add that audiences in Villach, Grafenegg and at the Rheingau Festival have much to look forward to over the coming days.