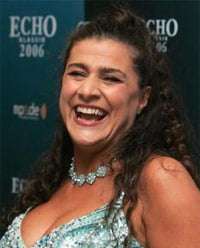 The coughers who attempted a takeover of “Hänsel und Gretel” at Covent Garden (Royal Opera) the Sunday before seemed to have turned up at the Barbican Centre to punctuate proceedings with their germ-projecting noise. What is sp difficult about smothering a cough rather than vaguely placing a limp hand somewhere in the vicinity of one’s mouth? An announcement should be made to that effect in all opera houses and concert halls

This particular occasion was a recital by Cecilia Bartoli, who attracted a large audience to her programme of songs by three Italian masters of bel canto and by three members of the Garcia family, so unless one includes Manuel Garcia’s piece from the monodrama “El poeta calculista” there was nothing operatic. Thus the opportunities to hear Bartoli in dizzying displays of fioritura were infrequent, although such songs as Rossini’s “La danza” and “Canzonetta spagnuola” do contain scales and figurations that require vocal agility, which in the case of this Italian mezzo soprano means rapid, quick-fire, staccato notes. Indeed, all the Bartoli hallmarks were present: idiosyncrasies if you like them; mannerisms if you don’t. They do divide listeners. Someone who was not enjoying the evening described her divisions to me in the interval as “mechanical gargling”. I do not object strongly to them but I see his point. 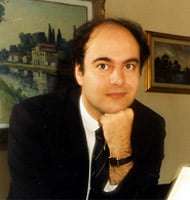 More annoying to me, whoever the singer, is the substitution of breathy sound for a fully formed note, and one heard a few examples this evening. One also heard some attractive spinning of a line and placement of the voice in quiet songs, of which many appeared in the first half of the concert. I did find three melancholic songs by Bellini in a row rather enervating, well as Bartoli sang them. The thought occurred to me that sometimes she seemed to be singing to herself rather than the audience, so quiet was she, with the piano, its lid down, in no way departing from her approach. Sergio Ciomei played very sensitively in the Bellini songs. I did, however, want more variety in the choice of song, much as I applaud quiet singing. It took the aforementioned Rossini items to enliven proceedings, with the singer vocally skipping through the rapid passages.

Donizetti replaced Bellini as Rossini’s ‘companion’ in the second half, which meant that even a song entitled ‘Love and Death’ seemed less doleful than the sad songs heard earlier. In Rossini’s “Ariette à l’ancienne”, Bartoli employed a darker, fuller tone than in previous songs; serious, smooth and warm in the lower-middle of her voice. It is an attractive sound, which she ought to bring in to play more often. “La grande coquette”, infrequently heard, saw her back in friskier mood, as did Viardot’s “Havanaise”, with Bartoli nimbly negotiating the quicker second section. Viardot’s sister, Maria Malibran, was recalled with a little song, “Rataplan”, full of high spirits, tossed off vivaciously by Bartoli. Again, in different mood, Ciomei proved an admirable partner.

Three encores were given, the first of which brought some of the best singing: Bartoli sang sweetly, devoid of anything that could be called a mannerism, along an even line. That was “Ti voglio canto bene” by Ernesto De Curtis, whose “Non ti scordar di me”, sung equally charmingly, was the third encore. Between them came the short “Canto negro” of Montsalvatge, given deliberate tonal rawness.

Thus one heard a typical Cecilia Batoli recital, to which the audience in general responded with cheers and long applause. I stand somewhere between her out-and-out admirers and those who long ago decided not to put her on their imaginary Christmas-card list: probably closer to the former despite the Bartolisms.