Massenet
Thaïs – Opera in three Acts to a libretto by Louis Gallet based on the novel by Anatole France [concert performance; sung in French, with English surtitles] 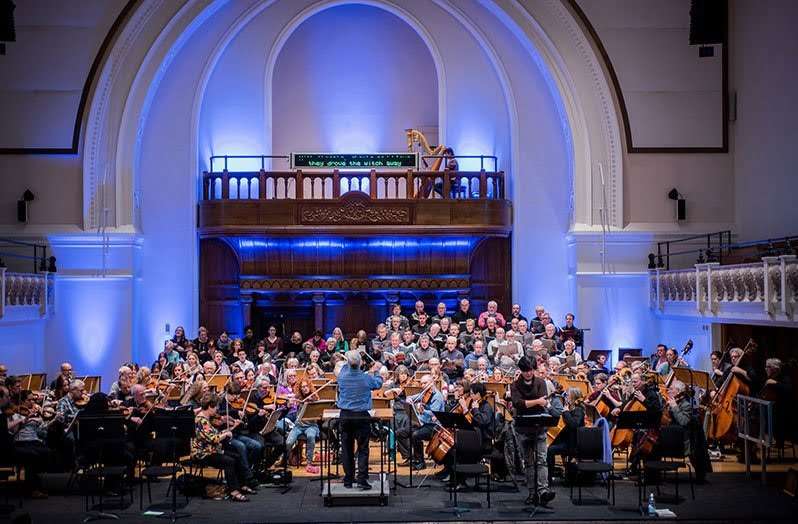 Massenet’s Thaïs is a relative rarity, despite it once being popular, especially in America. Perhaps the narrative – a courtesan who is rescued from her immoral past and brought to God by the Cenobite monk Athanaël, who in turn has a counter-conversion from religious self-denial to carnal lust – isn’t so credible for modern-day sensibilities, if no more preposterous a plot than many others!

Thaïs is a classic French opera of the mid-nineteenth-century – exotic locations and period (here Alexandria in the early Christian era) and with potential for gaudy spectacle. Chelsea Opera Group has brought many of Massenet’s less-familiar works to the concert stage, and this Thaïs was on good and sometimes great form.

Stephen Higgins led a thrilling and compelling account – relishing the big expressionist moments and contrasting them brilliantly with passages where Massenet’s writing requires luminous and airy textures. Of the ballet only the ‘La Charmeuse’ sequence was played since it requires input from several of the singers and the chorus. Mention should be made of the violin contributions of Diana Cummings. In the famous ‘Méditation’ and in its critical reprise towards the end she spun that curiously beguiling and meandering theme with aplomb.

A successful performance depends on the two protagonists. Chelsea Opera had already replaced the singer originally announced for the title role, but following the dress rehearsal it lost this singer too. Paula Sides stepped in, new to the score, and delivered an interpretation so full of drama as well as surmounting all the technical challenges. Her French was excellent also. Her voice has power and allure, she has the ability to float notes delicately high above the stave, and there was a hint of steeliness, present in Thaïs in her siren persona, apparent. She brought clarity to the two different aspects of the character, also made apparent by her change of dresses. She knows how to contrast stillness with extroversion.

Michel de Souza was her equal, bringing a restrained intensity to both his physical and vocal performance. Athanaël has much beautiful music and the singer must strive to balance religious zeal against sexual attraction, and de Souza managed to make it as dramatically plausible as possible. Vocally he brought lovely mellow tone and a beautiful sense of line throughout; thrilling when fully realised. I don’t know if his red socks visible alongside his otherwise black attire were a sartorial comment on Athanaël’s character, but they worked!

The other roles were taken with accomplishment. Nico Darmanin brought a swagger to the sybaritic and worldly Nicias, aided and abetted by Susanna Fairbairn and Angharad Lyddon as his slaves Crobyle and Myrtale. Matthew Hargreaves turned in a sonorously sung cameo as the elderly monk Palémon, and Nicola Said’s rich-voiced La Charmeuse made the most of her moment in the coloratura spotlight. Ashley Mercer’s contribution as a servant with a disdainful attitude was also notable. The Chorus was also on fine fettle, the men being a particularly effective community of monks with some good offerings from within their ranks.