In the Middle, Somewhat Elevated
Neue Suite
Enemy in the Figure

In the Middle, Somewhat Elevated

Enemy in the Figure 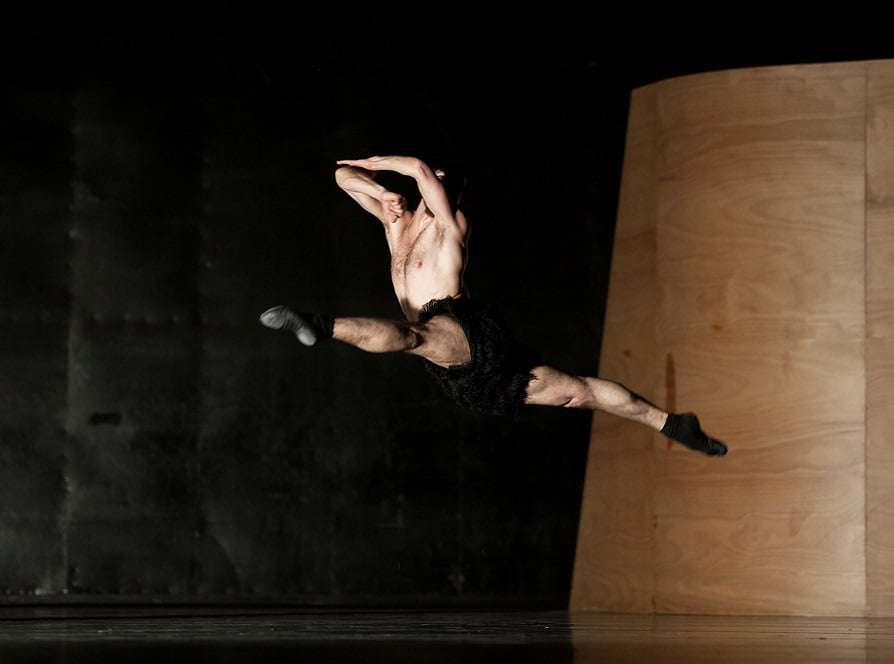 William Forsythe stands as one of the most accomplished and, indeed, talented choreographers alive in the world today. At a time when dance makers of the most modest of talents can be in global demand, jetting from continent to continent, creating their empty little works and being lauded as giants of the art form, he continues to be the real deal, a genuine creative force who, far from being an iconoclast, uses his deep understanding of classical dance to further it. In this, he is as far as possible from the kindergarten choreographers who smash and hurl around the idiom like toddlers in a porcelain shop.

Dresden Semperoper Ballett’s Forsythe triple bill during an all-too-brief stay at Sadler’s Wells is proof in itself of his accomplishment. Three contrasting works comprise an evening of deeply satisfying dance: the world-renowned and ever-cool In the Middle, Somewhat Elevated, a ‘classic’ since its 1987 inception in Paris; Enemy in the Figure (from 1989), an almost Bauschian deconstruction and a 2012 work for this company, Neue Suite, consisting of eight short pas de deux from previous works. The Semperoper Ballett enjoys a particularly warm relationship with the choreographer who, in Aaron Watkin the excellent company director, finds a fervent admirer. As a result of a long relationship with the choreographer, the ensemble seem uncommonly attuned to Forsythe’s idiom, dancers entirely at home in his pulling and stretching of the classical line, with the resulting sense of a good fit between the movement and the bodies which perform it. 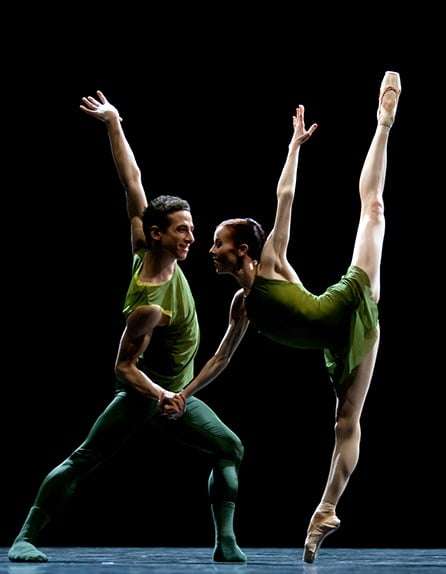 In the Middle was given a classy performance, its strutting, ‘in your face’ attitude given due weight, but the deep respect for the underlying ballet classicism also apparent. This is above all an ensemble work, the cast of nine creating a sense of interplay and shared experience, something which makes the melding and dissolving of groupings, pairings and solos seem totally spontaneous. Despite the resolute, and continuing, modernity of In the Middle, it is linked to other, close ensemble, ‘family’ works, it is almost a post-industrial Dances at a Gathering. Yet individuals shine, and the dancers of Semperoper Ballett take every opportunity to do so, from Kanako Fujimoto’s fearsome command of her split-legged movements to the quicksilver Houston Thomas whose lightning quality adds brilliance to his every step.

Neue Suite could also be entitled ‘The Art of the Pas de Deux’ a Forsythian masterclass in choreographing a duet – eight duos, eight couples to Berio, Handel and Bach, from the adagio and contemplative to the playful and exultant, the ‘classicism’ of the movement palette subtly altered depending on the nature of each musical number. This is dance-making of a high order, its creator equally at home in extravagant lunges and bends to opulent Bach and spiky angularity to Berio. Chantelle Kerr caught the eye in the second ‘blue’ duet to Handel while both Sangeun Lee and Christian Bauch brought a long-limbed thoroughbred quality to Bach; Houston Thomas again impressed with a joyous, bounding appearance in the fourth ‘yellow and brown’ Handel pairing.

Enemy in the Figure sees Forsythe in more experimental mode – a bare-walled space, an undulating plywood wall placed slightly off-centre which obscures the view of part of the stage, a long rope, which is manipulated at times, and a huge light on castors which is moved around, creating shafts, pools or washes of brightness and shadow in and out of which the dancers move, seemingly oblivious to which. The movement is dizzyingly varied, from near-classical to entirely vernacular, the its meaning unknown. Dancers come and go and move from the tiniest of gestures to huge bursts of pure energy; sometimes we can see it all, sometimes almost nothing – the sense of mystery and intrigue is palpable, and as with the best of Pina Bausch, we are fascinated despite our own lack of understanding. Costuming plays on white and black, from shaggy bodysuit to bare chest and legs. Again, the dancers are superlative, none more so than the powerhouse principal dancer Jón Vallejo who invests every fibre in every movement and consistently draws the eye.

The Semperoper Ballett’s first Sadler’s Wells visit was a stunning occasion, and in works which showed the dancers in the best possible light. It can only be hoped that Dresden will return to London soon.