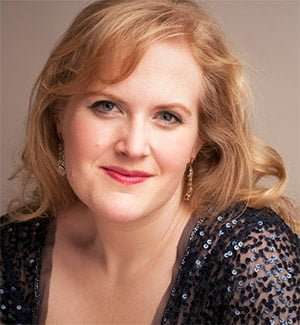 In its newsletter, Chelsea Opera Group described the ideal COG opera as “one that is by an important composer but not in the repertoire of the major opera companies”, adding that other factors were (preferably) a small cast of principals, the presence of a sizeable part for chorus and an orchestral score which could be performed with relatively few rehearsals. Euryanthe has never been heard at Covent Garden and only once been staged by English National Opera and at Glyndebourne. Euryanthe fulfils COG’s criteria.

The factors which work against its inclusion in the international repertory are of less significance with a concert performance. They mainly relate to the libretto by Helmina von Chezy, more journalist than poet. Mechanical devices used in the plot such as ghosts imparting crucial information and a tussle with a serpent acting as an essential trial for the tenor hero have attracted justified criticism. The opera is long, even with the excision of some 500 bars by Weber himself. The third Act is particularly slow-moving. The inclusion of a hunting chorus was, I suppose, de rigueur, but it interrupts the action at a crucial point. The same could be said about Bertha’s aria. There were further cuts in this performance, mostly of repeated material. 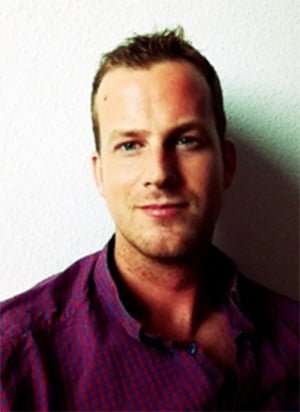 At the time of the Glyndebourne production of Euryanthe in 2002 Rodney Milnes wrote an impassioned and cogent defence of it. His main objection is that we are given too little information about the core of the plot, the business of Emma’s suicide and redemption which motivates the eponymous heroine. Otherwise Milnes is entirely positive. The progress Weber sought to make from ‘number opera’ to the through-composed style is considerable. The scene in Act One where Lysiart delivers the challenge over Euryanthe’s faithfulness is based on the flexible use of accompanied recitative sustained over many bars. Even Lysiart’s dramatic aria does not stand alone: Eglantine’s entrance and their duet proceed seamlessly thereafter. No less a figure than Schubert may have complained that the work was short of melody but in the fullness of time we can see Weber was starting to replace conventional, lightweight melodic forms by more sophisticated arioso. His development of harmony Milnes describes as “simply unbelievable for 1823”. In Eglantine’s fragmentary utterances in the wedding march tonality is largely abandoned. And that very piece is a perfect example of Weber’s brilliance in orchestration: the wind band which he employs produces a raucous sound to suggest that the marriage of Eglantine and Lysiart is not one made in Heaven.

The tide has been turning, then, in Euryanthe’s favour as far as musical esteem is concerned. For COG there remained perhaps the greatest stumbling-block of all, casting. The two leading female roles require singers of power and agility, the tenor has to scale a vertiginous tessitura while maintaining lyrical sweetness and the baritone role is first cousin to Wagner’s Dutchman. COG was shrewd in its choice of soloists, only one of whom was short of a suitable voice and experience for the role. That was the tenor Jonathan Stoughton. He could not conceal his nervousness in Adolar’s opening aria ‘Unter blühenden Mandelbäumen’. The voice seemed on the large side for this straightforwardly lyrical piece. Soft notes were often insecure and the little turn upward to a top B flat was a trial each time it was heard. He was at his best when wounded and responding aggressively: his singing in the Act Two finale and in the final Act had considerable ring. Unfortunately, when he came to the second Act aria ‘Wehen mir Lüfte Ruh’ he sang at a monotonous forte. Steadiness of line was achieved at the expense of light and shade, while I detected a certain mechanical phrasing and the conductor seemed to be nursing him.

The female leads were quite slow to reveal their complete selves both dramatically and musically. Kirstin Sharpin sang Euryanthe’s ‘Cavatina’ with purity of tone and vocal control. A finely floated top G climaxed her success in overcoming the technical challenges in this, her first aria. She defended herself in the Act Two finale with ample supplies of the tone which she had previously held in reserve and in the arioso in which Euryanthe gives a vivid account of Adolar’s battle with the serpent she was able to add a layer to her lyric soprano without it becoming strident; indeed the tone remained suitably limpid in the ensuing ‘Cavatina’ before the dramatic singing returned for the ecstatic aria with chorus ‘Zuihm! Zuihm!’ 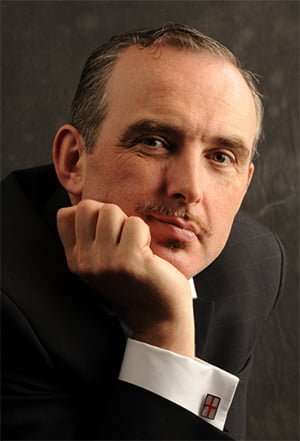 The first few pages of the duet for Eglantine and Euryanthe, and Eglantine’s first aria ‘O mein Leid ist unermessen’ embedded within it are distinctly old-fashioned; the melodic line is foursquare and sticks slavishly to the uninspiring shape of the poetry, never climbing above a G. In the duet following Euryanthe’s revelation of the secret there is an equally conventional allegretto grazioso passage ‘Ja, es wallt’, in which the two women’s voices are united in thirds and fifths. The contrast with Eglantine’s Scene in propria persona, as it were, is spectacular. The final section in which she calls down misfortune on Adolar for his rejecting her in favour of Euryanthe is characterised by a melody with heavy accent markings which drives powerfully to a top B and beyond, culminating in a breathtaking bravura semiquaver passage. Camilla Roberts may have been phlegmatic on the platform (all except Stephen Gadd were) but from the start she acted with the voice, a sizeable instrument which impressed increasingly as her contributions to the opera multiplied, a soprano with a substantial lower register in reserve.

The part of Lysiart requires a dark Heldenbariton. Gadd was ideally cast in the role, which he has performed at Glyndebourne and recoded in Poland. The contrast between the choral end of Act One and his aria at the beginning of Act Two is immense. Lacerating violin figures cut through the air like gigantic flashes of lightning, painful groans enacted by slow downward semitone progressions, cellos and double basses rearing up from below, all these introduce and in some cases punctuate Lysiart’s initial fury. Gadd was a fearsome presence as he began the recitative; his thunderous voice tingled the spine. There was, however, a price to be paid in the cantabile of the aria: he struggled to control the voice in ‘Schweigt, glühnden Sehnens wilde Triebe’, much of which is placed between B and D. On into the aria itself and confidence returned with the rushing string demisemiquavers in the main section, concluding with his declaration of war on Adolar.

King Louis is little more than a cipher throughout the opera but Richard Wiegold’s warm, pliant bass established the character’s benevolent desire to ensure peace whenever faced with aggression. Melinda Hughes sang Bertha’s aria attractively; one wished only that Weber had varied the accompaniment for each of the three verses, as he did so ingeniously for Adolar’s aria in Act One. The chorus has much to occupy it in this opera, witnessing the dramatic public events, commenting on the action, sometimes partisanly, and celebrating in the Act One finale. The COG Chorus supplied plenty of volume and sang with notable enthusiasm and discipline, the ladies singing with grace, everyone enjoying themselves; only a minor slip at a tricky moment in the second Act betrayed them.

The conducting was fine in every respect. Cameron Burns managed his forces with obvious belief in the music but without unnecessary flamboyance. Sections and solo instruments were given their head. The prominent association which can often be detected between the character of Lysiart and the cellos and basses was given full emphasis. The significance of solo instruments such as the bassoon in Euryanthe’s Act Three ‘Cavatina’, with its suggestion of desolate pathos, was colourfully brought out. The strings had one or two scratchy moments and the singers were occasionally covered by the orchestra but Burns never failed to appreciate, alongside the highlights, the continuity of the work. It is to be hoped that Euryanthe’s fortunes, already on the way up, will be given a further boost by this outing.