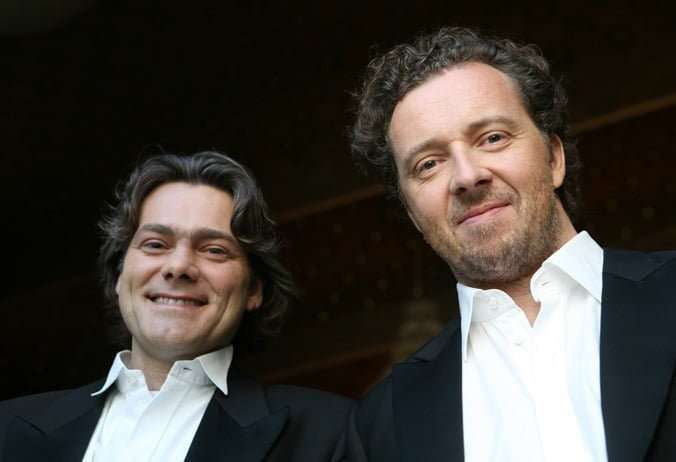 How do you analyse the way Christian Gerhaher and his pianist Gerold Huber engage with the music and communicate this to the audience, making you think he is singing just for you? From both of them, there is an element of self-effacement, a lack of artistic ego but plenty of artistic personality, and a profound love and knowledge of German poetry and song that creates an extraordinary alchemy.

Their recital of Goethe settings ranged from powerful philosophical ballad – as in Schubert’s ‘Prometheus’ and Wolfgang Rihm’s mighty Harzreise im Winter – through narrative poems, such as Huber’s own setting of Seefahrt (Sea Voyage), to the meditative withdrawal of Schubert’s ‘Sehnsucht’ (Yearning) and ‘Wonne der Wehmut’ (Delight in melancholy) or Rihm’s spectral setting of ‘Parabase’, Goethe’s contemplation of nature.

The quality of Gerhaher’s seemingly artless delivery unfolded swiftly in ‘Sehnsucht’, his tone hovering between conversational and confidential, his expressive, brief spreads of sound varying the emphasis at the start of each verse, with Huber’s lightly etched impressions of birdsong sounding just as unforced. This was the first of a group of eight songs, which gave a brief but focused idea of Schubert’s range, including the detached humour of ‘Geheimes’ (Secret), a performance of ‘An den Mond’ that instantly got to the heart of German mysticism, and a ‘Schäfers Klagelied’ (Shepherd’s Lament) that lost itself in resigned melancholy. The interplay between Gerhaher and Huber moves unselfconsciously from elemental robustness to whispered spirituality, with both performers trusting and nourishing each other completely. 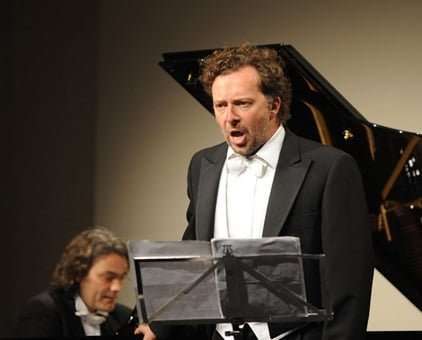 Wolfgang Rihm is Germany’s pre-eminent contemporary composer. His music plays havoc with expectations, but its delirium and exuberance maintain, just, a fractured relationship with German romanticism. In Goethe-Lieder Rihm sets philosophical, moral and judgmental poems, the poet analysing himself, and Rihm’s fragmented vocal lines and impetuosity were held together by Huber’s fine control of the piano part. For all the opportunities for wildly expressive chromaticism, though, there wasn’t the spontaneity of response that keeps Schubert so alive. The point was made in Schubert’s ‘Gesänge des Harfners’, which in Gerhaher’s account anticipated the fevered isolation of Winterreise.

Before the second half, John Gilhooly, the Wigmore Hall’s director, alerted us that, because of a chest infection, Gerhaher might not manage all the songs advertised. There hadn’t been any diminishment of power and tone in the first half, and, as it turned out, he did perform everything. They were all big settings, demanding reserves of volume and energy. Huber’s setting of Seefahrt, one of a projected Sturm und Drang Goethe cycle, set the monumental tone with Huber’s vision of the lone sailor in the hands of fate realised by the impressionist piano role full of orchestral potential supporting the voice’s no less eloquent, recitative-like stream of consciousness.

Returning to Schubert, Gerhaher gave majestic, full-toned renditions of ‘Prometheus’ and the fragment of ‘Mahomets Gesang’, the latter stopping abruptly mid-verse, with the UK premiere of Rihm’s Harzreise im Winter (Winter journey through the Harz mountains), the same poem Brahms set in his Alto Rhapsody, flickering with ecstasy and closing the recital.