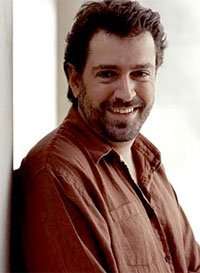 Portugal-born pianist Artur Pizarro managed, in the course of this cleverly programmed recital at Stationers’ Hall, to incorporate all of the themes underpinning this year’s City of London Festival – namely the Portuguese-speaking countries, the music of Heitor Villa-Lobos and the bicentenaries of Chopin and Schumann.

As we learned from festival director Ian Ritchie’s opening address, we were to be grateful that Stationers’ Hall is still standing, let alone staging a recital, for a fire in the corner of the main room just a week previously had threatened to run out of control. The lingering aroma of smoke remained, but other than a few charred patches on the ceiling it was remarkably business-as-usual in this typically striking livery venue.

Pizarro’s recital began with homage to Bach, implicit in the improvisatory Preludio and rather stern Fuga of Armando José Fernandes (1906-1983), which Pizarro played with evident affection. His Bach, cast in the same key of B minor, was less successful, with a relative lack of dynamic variation meaning the observed repeats were almost exact. The application of rather heavy ornamentation in the ‘Anglaise’, a kind of hornpipe, was disruptive to the overall rhythm, and the dance-movements in general lacked lightness of touch, especially the accompanying Trio for the Minuet. The acoustic proved ideal for the music, however, making it a relatively easy task to pinpoint the composer’s contrapuntal writing.

The fourth in the series of Villa-Lobos’s Bachianas Brasileiras was a different story, Pizarro’s face betraying a greater involvement in the piece. From the opening ‘Prelúdio’, structured like a chaconne, there was profundity that carried through to the extended cycle of fifths heard in the second movement, an obvious compositional device perhaps but highly effective in the right hands. The ‘Miudinho’ dance of the finale was a complete contrast to this, the pianist enjoying its complicated syncopations while playing the dazzling right-hand figurations to perfection.

The concert’s second half took the form of a well-devised homage to the anniversary composers, with Villa-Lobos’s tribute to Chopin taking the form of a nocturne and ballade. It would have been good to hear the homage directly after the Chopin, but nonetheless Pizarro observed the A flat Ballade with a beautiful lightness of tone, taking a while to light the blue-touch paper but engrossing throughout. Villa-Lobos’s ‘Ballade’, by contrast, was a stormier affair, the virtuosic touches thrown off with panache, the final note cutting right to the back of the room.

Pizarro’s finest performance, however, was of Schumann’s Waldszenen, wonderfully characterised and poetic. It also featured by far the softest playing of the night, lending an elusive air to the mysterious ‘Vogel als Prophet’, while ‘Jagdlied’ and ‘Freundliche Landschaft’ were played with a smile. Pizarro captured the delicacy of these beautiful miniatures along with the enchanting forest itself, his technique and pedalling ideal for the music.

Pizarro gave two encores, the Scherzino of Fernandes, notable again for lightness of touch, and a charming Brazilian song.