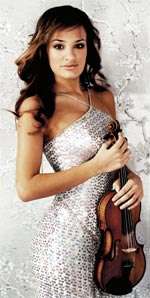 This first concert by the pairing Nicola Benedetti and Steven Osborne marked also the City of London Festival’s first visit to the magnificent Plaisterers’ Hall, the Great Hall’s dimensions ideal for chamber music if providing a slightly dry acoustic.

This posed a few problems early on while the performers got to grips with Debussy’s Sonata. Initially it was Osborne who was more alive to the dynamic variations and sleights of hand in the music, his pianissimo passages in particular beautifully controlled and weighted. Benedetti had less variation of tone in the first movement, though her use of portamento was tasteful. As the performance warmed there was a greater urgency in the playing, so that by the last movement there was a bustle about the first theme, softening to a warm-hearted legato for the second. 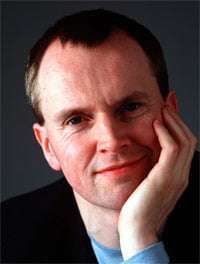 By the Prokofiev, both players were fully attuned to their surroundings, and accordingly gave a powerfully responsive account of the wartime piece. Osborne’s low octaves set the tone from the off, a shiver down the spine reinforced later on by the wispy “wind in the graveyard” of the violin, Benedetti just keeping control but in that way leaving the music poised delicately on the edge.

Her tone for the second movement was strongly at odds with this, a rich, full-bodied sound which also began the finale, a sense of strong resolve pushing the music forward here. In the more sombre third movement Osborne carefully followed the ghostly sound of Benedetti’s muted violin, the music having a fragility and uncertainty the composer would have doubtless appreciated. Overall this was an excellent performance; the duo demonstrating real musical chemistry. Benedetti’s highly charged fortissimo tone and incisive pizzicato brought the finale to its apex, a reprise of the ‘graveyard’ music, only this time more resolute.

To this anguished work, the A major sonata of Brahms provided welcome repose, linking neatly with the Festival’s Swiss theme through its composition on the shores of Lake Thun. One of the composer’s most genial works, it was exploited as such, with Osborne again bringing out the rhythmic and melodic subtleties of his part. The violin sound, though warm, was a bit forced at times as Benedetti dug in during the second movement’s Vivace section, but with keenly felt interplay between the two players this was a most expressive performance.

So too was the encore of Massenet’s ‘Méditation’ from “Thaïs”, clearly a favourite of the violinist who, in her own words, has played it since she was “wee”, and it was a choice that fitted well.