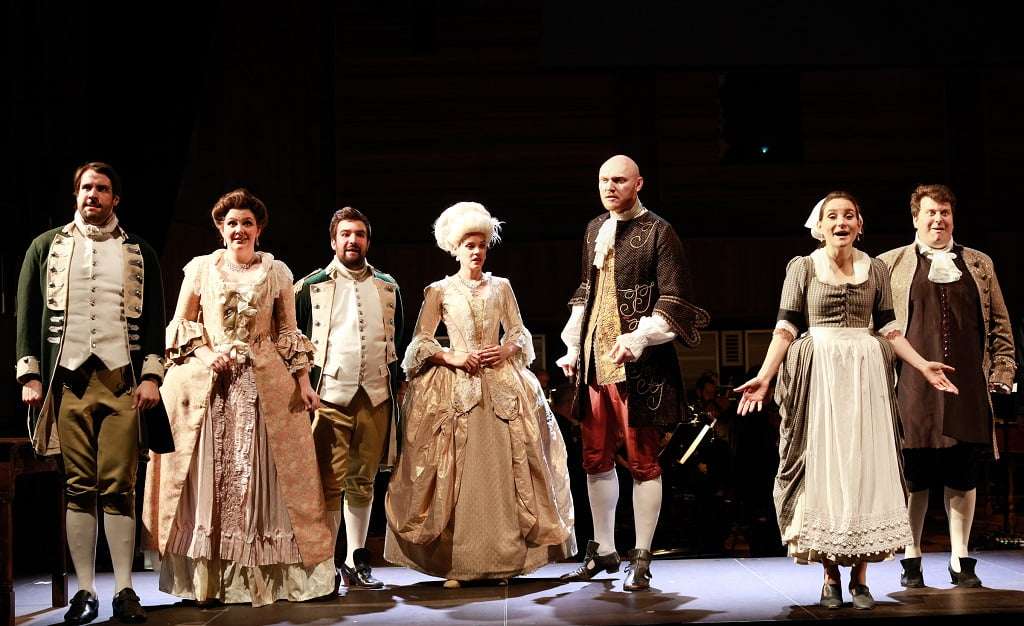 Classical Opera’s Mozart 250 retrospective brings us to the twelve-year-old composer’s first full-length stage-work, La finta semplice (1768) marking an early milestone in a remarkable creative life. That qualification “full-length” is not even to suggest that the young Mozart only felt his way uncertainly or hesitatingly to a musical genre in which he would later excel, but rather emphasises the extraordinary accomplishment of his genius, as his previous attempts – the sacred play Die Schuldigkeit des ersten Gebots, and the Latin academic drama Apollo et Hyacinthus – were merely rather different in form and style, rather than any less accomplished.

Already in La finta semplice one hears Mozart’s adept responsiveness to the emotional and psychological situations in which his characters find themselves, and his ability to reflect that in music which is distinguished effectively from each other. Despite the greater structural formality of this early opera, with its fairly extended arias and only a handful of ensembles, there are already hints of the irresistible dramatic interactions amongst the characters in the greater operas to come. Here, the pleasures, pains, and politics of love play out in this episode in their lives, just as it will do in a similarly raucous twenty-four-hour period in The Marriage of Figaro. 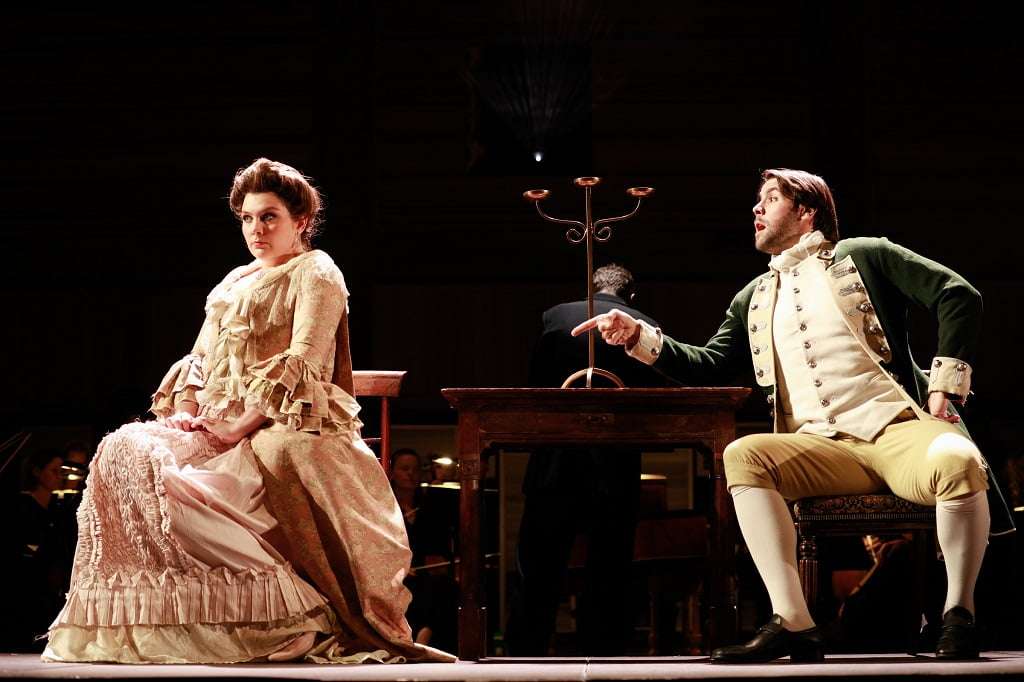 In this semi-staged performance the singers appear in costume appropriate to the period of the work’s composition, and with virtually no props they skilfully use their own physical presence and gestures to realise the action. With his orchestra, The Mozartists, Ian Page leads off with a brisk, no-nonsense account of the three-movement Overture. Like much of the rest of the performance, that usefully garners momentum; but tempo and volume of any given aria tend to remain unchanged, resulting in a lack of variety and nuance in the phrasing. There are flashes of greater colour in some of the more dynamic sequences, such as the duel scene between Cassandro and Fracasso, for which they each snatch the bow of a nearby string-player, and in which the energetic, quickly-shifting musical material in response to the verbal and dramatic sparring is already quintessentially Mozartean. More of that insight into the music would have made this a more accomplished performance overall and argued even more persuasively the case for this opera, as it surely deserves.

In a score of melodic abundance, the singers clearly relish the opportunities given for ornate display, none more so than Regula Mühlemann as Rosina, the pretend or disingenuous simpleton of the opera’s title (really a Hungarian baroness) who plays off the brothers Don Cassandro and Polidoro against each other as she entertains their not entirely welcome affections before settling for the former. With two memorable arias which presage Mozart’s greatest soprano roles, Mühlemann achieves a dignified splendour in the precision and warmth of her singing. Lukas Jakobski and Alessandro Fisher not only sing, but act, with characterful eloquence as those two brothers affecting, respectively an exaggerated boorishness (comically so in Jakobski’s drunken scene) and naïveté to bring out the humour of the narrative, without compromise to the integrity of the music.

Sophie Rennert displays as much pert but controlled authority as their sister Giacinta, as she is wooed by Thomas Elwin’s smooth-voiced Fracasso, much to the displeasure of Cassandro. In contrast, and perhaps surprisingly for an opera buffa, the characters who represent the servant class, Ninetta and Simone (who are pursuing their own romantic interests) are relatively demure and less involved in the schemes of the others, though the latter are more than capable of making fools of themselves in any case, without the wiles of the servants. Chiara Skerath and Božidar Smiljanić respectively take those parts efficiently and cheerfully.

In general this is a commendable effort in bringing off this early operatic jewel, which Mozarteans will surely want to hear, but sceptics should also see for themselves what this precocious composer was capable of aged twelve.