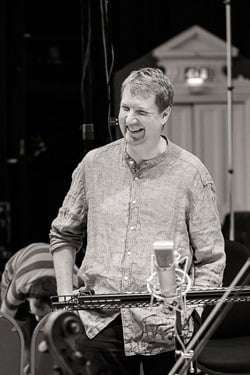 This concert marked the launch of Classical Opera’s new initiative, Mozart 250. Without explanation, this title is a bit baffling, since Mozart’s birth and death dates aren’t within reach for marking. The series will commence in earnest next year, and each subsequent year will explore music written by Mozart and his contemporaries exactly 250 years before, up to 2041, when the composer’s death in 1791 will be marked with a second performance of his final (unfinished) work, the Requiem. This is an ambitious long-term project, and one wishes it well, though some of us probably won’t be present to experience the last few years of the series.

For collectors of the unusual the most interesting items in this concert were written by other composers; Haydn’s unfamiliar motet and Cherubini’s very rarely heard Marche funèbre. The Haydn is written to a text by an unknown hand and comments on the futility of worrying about earthly matters and the release from cares in the shape of heavenly salvation. It is a brief but highly impressive piece, initially stormy in mood, but ending in calm resolution, and Ian Page directed a taut, vigorous performance in which both the Philharmonia Chorus and The Orchestra of Classical Opera showed their paces effectively. The Funeral March by Cherubini, a composer whose music is unjustly neglected these days, was a real find. Again, it is brief, but with striking use, literally, of a gong, combined with the dark tones of trombones and a contrabassoon and wailing higher woodwinds.

Sometimes there is a correlation between the use of period instruments and the employment of hasty tempos, as if an assumption has been made that these instruments are not capable of expressive warmth. The advertising material for the concert promised a performance of Schubert’s ‘Unfinished’ Symphony that would have “ravishing new colours and insights”, but alas this was not to be. Page directed a disappointingly literal, hurried performance of the work. There was superficial drama, to be sure, but this element was emphasised at the expense of the deep emotion that is inherent in the work. Time after time the anticipated presence of some element of expression simply didn’t manifest itself; what we experienced instead was a rapid, superficial description of the score.

Fortunately Page’s response to Mozart’s Requiem was much more involving. The Philharmonia Chorus sang impressively, with however just an occasional hint of flatness in high soprano notes, and the four soloists were very well matched: Sophie Bevan’s voice was particularly attractive in its higher registers. The Orchestra responded attentively and efficiently, and Page brought out both the dramatic and the more inward-looking elements of the music effectively. It wasn’t a performance that quite reached the heights, but overall it was a satisfying account that augers well for Classical Opera’s long-term Mozart project, signalled on this evening by the release of Mitridate on four Signum CDs.