The Choir & Orchestra of The Mozartists
Ian Page 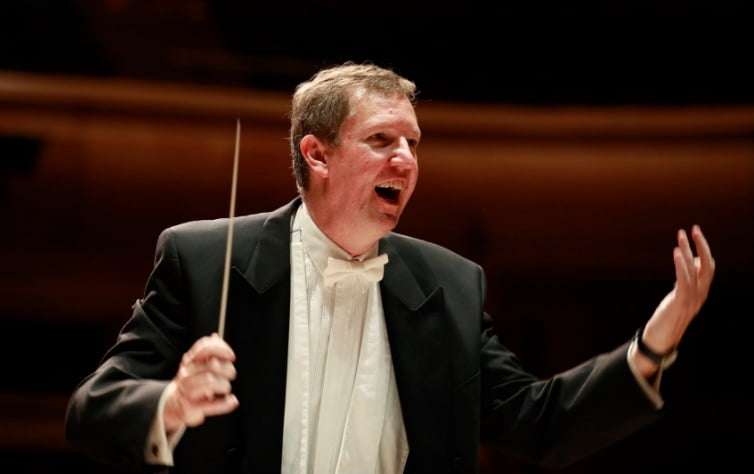 In celebrating its twentieth anniversary, Classical Opera also presented the orchestra’s new identity as The Mozartists and in future this name will be used for concerts. The group’s operatic heritage was reflected in the first part of the concert.

‘Representation of Chaos’ from Haydn’s Creation made an excellent start to proceedings. The pianissimo passages were skilfully presented with truly dramatic hushed moments and the excerpt included one of the greatest moments in all music when in a magnificent fortissimo the chorus declaims “and there was light”. Henry Waddington and Stuart Jackson took the solos affirmatively, using the German text (translated into English on a lit screen above the orchestra).

Mozart’s scoring of Handel’s Ode for St Cecilia’s Day was made fifty years after the original composition. It features extensive use of cello – beautifully played by Jonathan Byers – and incorporates rich woodwind harmonies. Anna Devin’s light-toned unforced approach was ideal and this quality was also immensely suited to Mozart’s Exsultate, jubilate – of which she performed only the first movement. 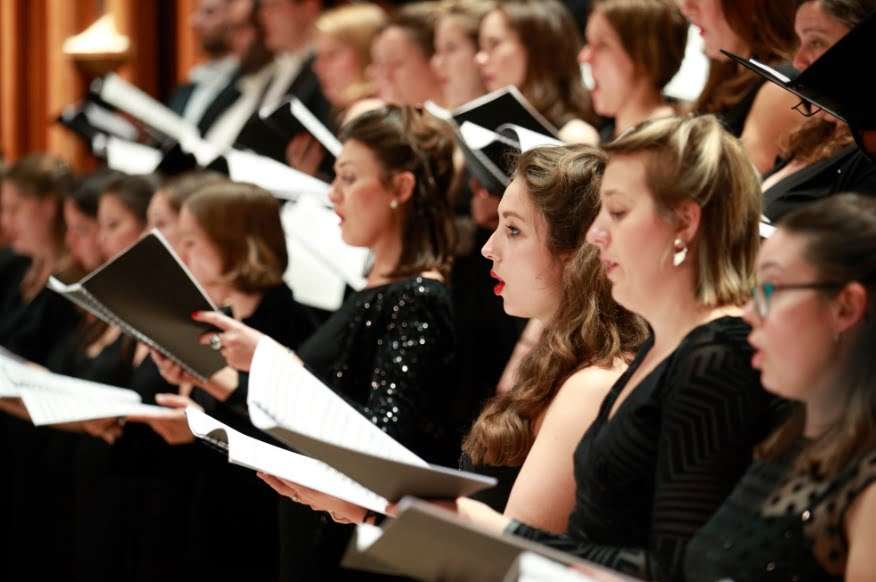 The delicate ‘March’ preceding the ‘Cavatina’ from Mozart’s Idomeneo was graciously presented. Backed by male voices from the chorus of priests, Stuart Jackson represented the eponymous character in commanding style.

Due to the indisposition of Miah Persson the aria from Beethoven’s Cantata on the Death of Emperor Joseph II was sung by Devin who had learnt the part at short notice. Here she used a more forceful approach, controlling her upper register with skill, achieving the proper sense of assertion. The text refers to man ascending into light – how suitable in view of the similar philosophy of Schiller’s poem which was to later be heard in Beethoven’s ‘Choral’ Symphony.

This carefully chosen sequence of music was interspersed with readings from mainly twentieth-century poems spoken by Barbara Flynn. They were presented expressively although her positioning at far-left of the platform was a handicap to those at the rear and far-right of the auditorium. 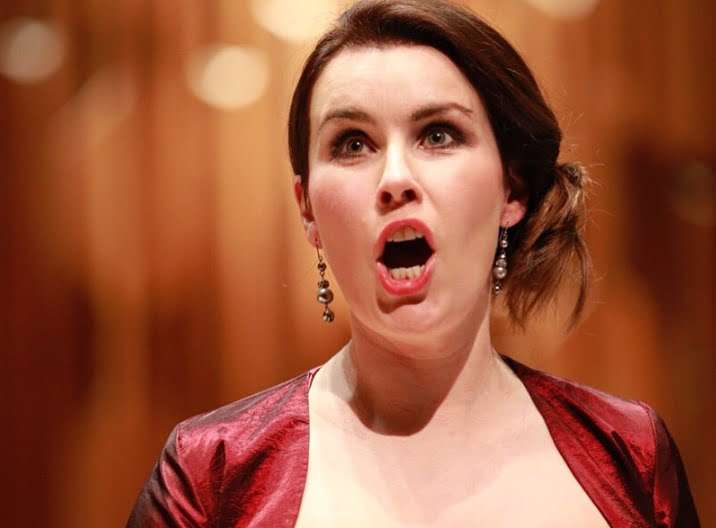 The placement of performers also came to notice in the Beethoven. The Barbican Hall acoustic does no favours to bass instruments and while approving having first- and second-violins antiphonally, the distribution of the double basses four each of the left and right edges of the platform facing into the orchestra meant that their tone was not well defined.

Ian Page’s interpretation was notably swift; continuity was of the essence, rhythms were not emphasised but forward motion was always achieved. Contrast of dynamics was carefully attended to – sometimes eccentrically so. The opening descending string phrases were barely audible above the trembling accompaniment and this was also the case when references are made to the passage later. Nevertheless, much drama was achieved and there was no damping down of Beethoven’s huge fortissimos. Mention must be made of the contribution of timpanist Robert Kendell whose instruments gave thrilling impact and the precision with which he attacked the spectacular solos in the Scherzo was immaculate.

To perform the first movement rapidly is not uncommon but a swift (in this case very swift) Scherzo could give a problem because Beethoven requires the Trio to go even faster. Page fully justified his decision, taking it daringly fast and entirely convincingly. There was a consistent approach in the flowing reading of the slow movement, the required different speed for the two main themes being well-judged. The dramatic fanfare-like passages were not emphasised, they represented a passing interlude. 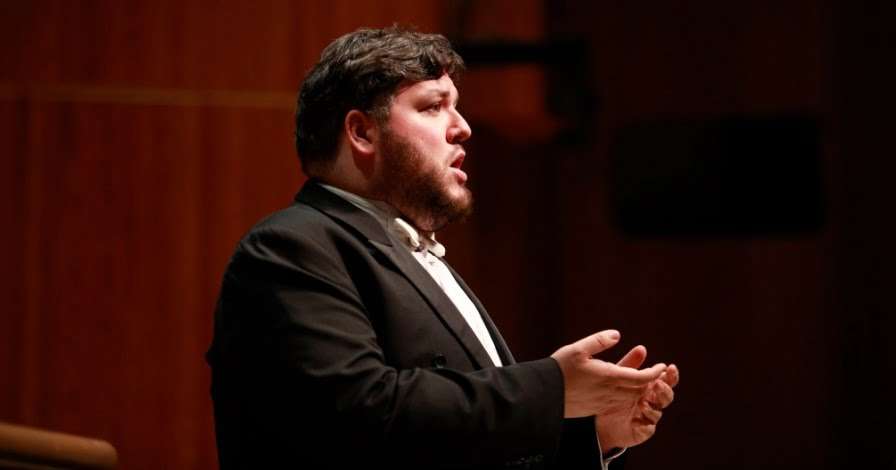 At the start of the Finale the conductor’s determination to press onward was undermined. Infuriatingly, a small number of the audience had clapped between the previous movements and here it completely ruined the surprise which Beethoven sought to create with the wild, discordant attack which begins the last movement. There were a few worries about balance which had been only occasional hitherto – usually a matter of woodwind obscuring upper strings and not always aligning with the horns. Nevertheless the use of ‘period’ instruments was admirable, particularly regarding the equality between trumpets and horns – often ‘modern trumpets’ can overpower.

The four soloists, arranged unusually with bass-baritone on the left and soprano on the right, were well-balanced against the Choir and not too operatic. Waddington was firm and confident in the opening appeal, “O Freunde, nicht diese Töne” (the essential appoggiatura used), and Jackson sang lyrically the tenor’s solo – not the militaristic exhortation that is sometimes heard at this point. Every section of the score moved purposefully into the next and the very fast coda was perfectly controlled; percussion was modest as is often the case.

There have been performances that grip the imagination more firmly but Ian Page set out his interpretation with clarity and it was refreshingly free of the romantic traditions that are sometimes imposed on this great work. This was a worthy way to celebrate an anniversary.