The Kensington Symphony Orchestra bounced into its sixty-second season with a typically adventurous programme, no compromise made to its amateur status. 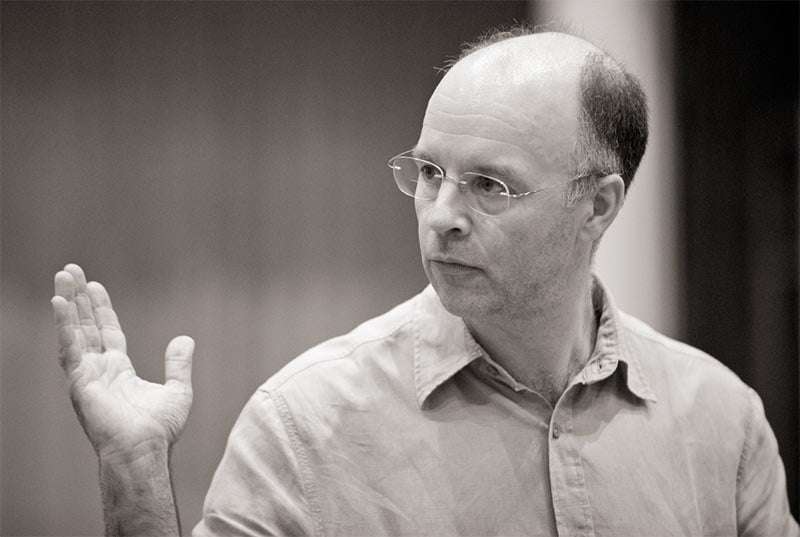 Russell Keable, only the KSO’s second music director following founder Leslie Head (roughly thirty years apiece), opened with Richard Strauss’s Till Eulenspiegel, vivid and witty music needing agility, the latter supplied by the horn soloist. Keable however took a somewhat pedestrian view of the scallywag’s ‘merry pranks’, a little stiff of limb, although articulation and detail were thrown into relief. Less freewheeling than this score can (should) be, although considerable drama was built over the course of the whole, it did feel that Till on this occasion was cautious enough to have not been arrested, nor met the might of the judiciary (less than imposing here), and thus avoided being hanged, but as ever the KSO was committed to the cause.

As it was in The Rite of Spring, brought off with commendable spirit, and launched with a poised bassoon solo from Nick Rampley. There had been smudges in Till, and Stravinsky’s music was not without fluffs and false entries (proof of its tricky exposures and difficulties of coordination). Yet it mattered little given the players’ dedication and Keable’s authority. He judged tempos to a nicety, put clarity before sensationalism, and musical values before glibness, and also ensured an organic approach through both of the two parts. Attention to dynamics and subtleties was notable, yet there was no lack of theatre or pagan splendour, and if the concluding ‘Sacrificial Dance’, with its numerous changes of metre, traded togetherness for momentum, the ultimate chord was exactly unanimous and thumping in its finality.

The KSO was at its considerable best – meeting many challenges – for the concert’s centrepiece, a welcome London revival for Joseph Phibbs’s Rivers to the Sea (2012), a joint commission from The Anvil and the Philharmonia Orchestra (Phibbs’s new Clarinet Concerto comes soon from the same good offices written for Mark van de Wiel, November 4 & 5, The Anvil Basingstoke, then Royal Festival Hall). First-conducted by Esa-Pekka Salonen, one imagines that for Rivers to the Sea Phibbs had no need to be concerned with constraints, so it says something for the KSO and Keable that they gave such a virtuoso account of this compelling (here twenty-three-minute) piece.

The composer advises that “it is not conceived as a seascape, but the sea acts as a driving force”. It is music for the imagination and works just as well in purely musical terms, whether the luminous sounds of the opening ‘Nocturne’ or the closely-woven agitation of what follows, ‘Night Fugues’, music that might suggest fireflies and which certainly fast-dances. The middle sections are of ceremonial slowness, of intimate reflection, an ‘Interlude’ that features a clarinet and a ‘Dolente’ that spotlights horn and harp, all three opportunities taken with style and confidence by KSO soloists. This is a dark-to-light piece (night-to-day) and Phibbs knows how to change the scene, and deepen the expression, at just the right time, and then manages to be active and majestic in ‘Neon with Sunrise’ – “a blatant celebration of New York” (KSO programme note) – ensuring the brightness of a new day arrives with full force yet without obviousness or cheapness.

London-born Phibbs has American connections – he studied with the late Steven Stucky – and exudes accessibility without pandering or second-guessing, and maybe lessons with Harrison Birtwistle have added the steel that keeps his music satisfying and stimulating, here done proud by the KSO and its maestro.