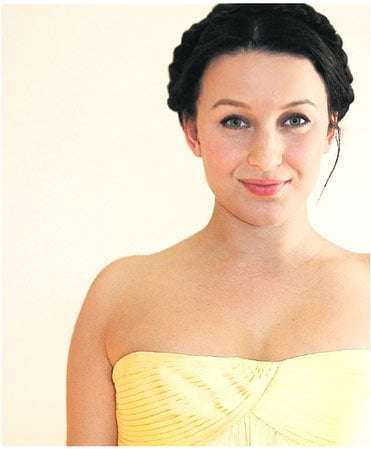 This concert was part of the Cleveland Orchestra’s “Bach in Focus” series, and was supposed to feature violinist Hilary Hahn. Alas, the injury that has been plaguing her all summer persists and she was unable to perform. Her replacement, soprano Yulia Van Doren, stepped in for a Bach Cantata, ‘Mein Herze schwimmt im Blut’ (My heart swims in blood). It is very intense.

This first of Bach’s solo cantatas to survive (and there is some conjecture as to the exact date of its composing, but it was definitely performed in Leipzig on 12 August 1714). There are two versions: the Weimar, which features an oboe obbligato, and the Leipzig, which assigns it to the cello. The singer has a pleasant, sweet voice, well suited to Baroque repertoire in which she specializes. On the opera stage, she’d be singing soubrette roles but here one wished that she had more support to her voice which would have eliminated the need for the discrete catch-breaths, cut-off lines and too-soft lower notes. The oboe solo was beautifully and sensitively played by Frank Rosenwein, but in Robert Vernon’s viola solo it seemed as though the pegs for the A and D strings had slipped. 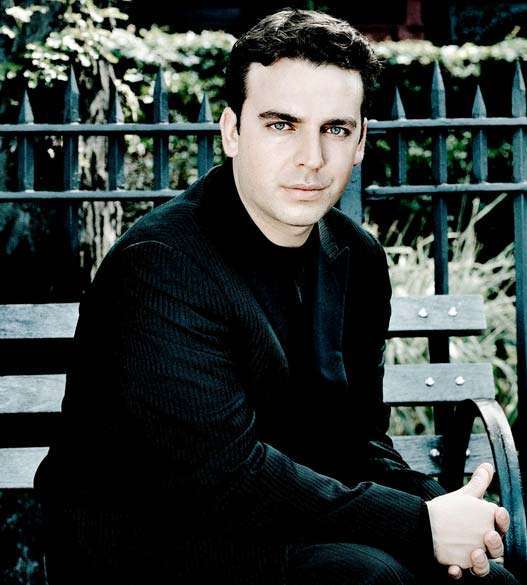 Approaching middle age, Brahms had come to the conclusion that mankind had lost its connection with God. During a break from composing he found some poetry by Hölderlin and it was while he was walking on a beach that he began to sketch the outlines of Schicksalslied (Song of Destiny). Here, rather than draw from Christian literature, Brahms’s source is lifted from Greek tragedy. He was unable to formulate the ending though, and set it aside for three years; what eventually emerged is a masterpiece. James Gaffigan had an even hand throughout, coaxing and spinning threads from both the orchestra and the chorus. In this work, a strong choir with excellent enunciation is essential, and so it was here.

The finale of Mendelssohn’s ‘Reformation’ Symphony revolves around Martin Luther’s hymn ‘A Mighty Fortress is Our God’. 1830 was the 300th-anniversary of the Augsburg Confession and the then 23-year-old composer had hoped to have this Symphony ready for the festivities, but he became ill and wasn’t able to finish it on time. It wasn’t completed and performed until 1832, after which it fell into relative obscurity. In keeping with the Lutheran theme, Mendelssohn wove other classic Christian melodies throughout the work, including the ‘Dresden Amen’.

Gaffigan directed with a fine touch. This was not the most tied-together program that the Cleveland Orchestra has ever presented. Gaffigan was a dynamo on the podium though, and the more I watched him, the more I was reminded of a young Leonard Bernstein. Gaffigan, at age 34, is a delight to watch. He is so involved in the music that he seems to become a part of it. He is currently the Chief Conductor of the Lucerne Symphony Orchestra and in demand as an operatic as well as a symphonic conductor. The Cleveland musicians worked well under him. I would hope that Cleveland management keeps an eye on Gaffigan and invites him back on a regular basis.