The Corinthian Chamber Orchestra was formed in 1995 under the direction of the late Alan Hazeldine, and in the almost quarter-century of its existence it has developed into one of London’s finest amateur orchestras. Apart from what one might term a ‘normal’ concert season for a chamber orchestra, once a year additional instrumentalists are engaged to take part in a full orchestra concert at the Queen Elizabeth Hall. 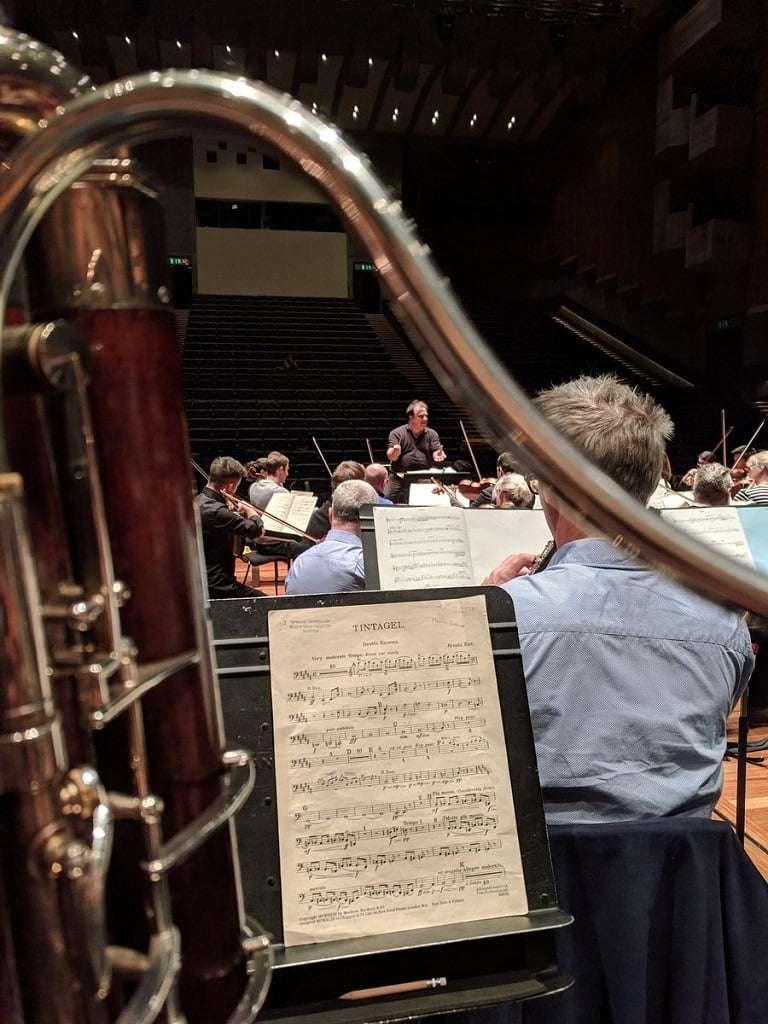 This concert was one such event, with no fewer than eighty-seven musicians taking part under Michael Seal in a programme made up of three works by twentieth-century British composers. The result was more than excellent: not only the quality of the playing in solo and ensemble passages, but also the corporate balance and tone were first-class, enhanced naturally by the acoustic of the Queen Elizabeth Hall, so much more inherently musical than the £119-million acoustic disaster which is the Royal Festival Hall next door.Much of the quality of the Corinthians’ tone and internal balance has to be the result of having such a fine conductor and experienced musician as Seal. The result in every regard would not have disgraced a long-established world-famous professional orchestra.

From the opening page of Bax’s Tintagel, it was clear we were in for something very special. So often this score (as with much of Bax’s earlier orchestral music) can deteriorate into page after page of lush, thick-sounding romanticism, but Seal was quite masterly in his delineation of the subtlest light and shade, gradually building and dying away from richly upholstered textures, all placed at the service of the composer’s structural mastery. Too often, on the rare occasions this score is programmed, it can turn into a kind of film-score, such as might have accompanied Jamaica Inn or Rebecca or any other Hollywood black-and-white weepie; what was so remarkably impressive here was how Seal kept the inherent musical drama going, through finely-contrived balance and truly organic tempos. In such ways was Tintagel revealed as an outstanding piece of truly imaginative composition.

Britten’s Violin Concerto is very different music. Composed pretty much at the same time as Walton’s example, it has taken many decades to enter the repertoire at last – as it deserves. The work may have passing resemblances structurally to Walton’s (but Britten had not heard the older man’s score at the time), and Prokofiev’s First, but it remains an original work of genius, wonderfully written for the violin, and so emotionally revealing (to later generations) as to take its rightful place in the repertoire.

It remains, however, a fearsomely difficult work, with pizzicato and arco part-writing at the same time; fiendish octaves (almost daring the soloist to add them in the final coda before the high-rise closing bars) and other demands, but this masterwork is no series of virtuoso studies of the gee-whizz variety – each of these events are part of the work’s vastly expressive content, implied within and growing from the very opening pages (how moving it is when those figures return much later, mementos of lost musical innocence).

Britten’s Violin Concerto does not reveal its treasures or its subtleties easily: only long acquaintance will provide those answers, and it was patently clear from the first few pages of her initial entry that in Zoë Beyers the work had found an ideal interpreter. Here was technique a-plenty, but her musicianship, her depth of understanding and inherent grasp of this great work was total. Her beautiful tone and fine technique were always evident, and in addition her marvellously disciplined forward momentum would, I am sure, have earned the composer’s unstinting praise. The Corinthian Orchestra was in equal measure noble, dignified and brilliant.

The final work, Walton’s B-flat minor Symphony, also received a very fine performance – technically assured throughout (quite fearless in the Scherzo; beautifully toned in the slow movement), Seal’s grasp of the original nature of this work was total, absolutely refusing to let the argument become flaccid (as it sometimes can) and his tempos were very finely judged – especially the tricky fugato and 3/8 scherzando passages in the Finale. Seal built the inexorable ascent to the final unison B-flats admirably, inspiring his players to give of their very best.