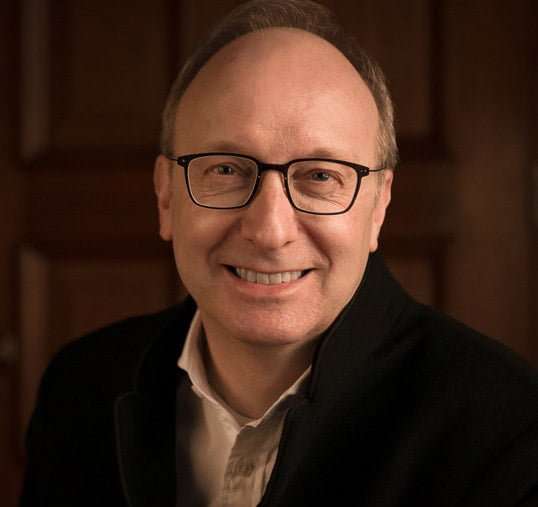 Fantasy dominated the first half of David Titterington’s Royal Festival Hall recital, combining it in the case of the new Sally Beamish work with a compelling psychological narrative that made its mark with subtle directness. Before that, the Buxtehude Toccata neatly prepared the ground for the extravagances of Carl Nielsen’s Commotio. Titterington set out the former’s stall with terrific panache – the organo pleno introduction yielding to a parade of quieter, stylish registrations, flattering the instrument’s range as much as Titterington’s refined ear, and he played the whole with incisive, rhythmic punch.

Beamish’s Chaconne started out as an arrangement for strings of a song by Robert Burns, ‘The Slave’s Lament’, expanded in this subsequent organ work into a substantial group of variations. In her note Sally Beamish wrote of displacement and longing, and those aspects flicker throughout this ten-minute piece. As well as her skill in writing for the organ, Beamish kept in touch with folk roots, only once launching into something larger and more artily self-conscious, before retreating back to its tone of spare eloquence. Titterington skillfully gave the sounding of the keening pipe-tunes a spontaneous, almost human quality, and the illusion of distance added immeasurably to the music’s muted impressionism. Atmospheric and scored with great originality, Chaconne and Titterington’s playing of it were hugely impressive.

Nielsen’s Commotio (1931, his final major work) – the title refers to surge and flow rather than the (incorrect) English connotation – is Baroque pastiche writ large. I’ve only heard it live in a big church acoustic, where its welter of counterpoint and roaring fortissimos easily becomes amorphous and overloads the listener. Titterington’s clear layout of its various sections and his well-chosen registrations went a long way to keeping this massive work in good shape. Even so, I still find it hectoring rather than thrilling, its fugues anonymous and its rush of ideas unconvincing, but to judge from the audience response, I’m in a minority of one. However, you couldn’t fault Titterington’s stamina and conviction in bringing this lava-flow of energy to a thrilling conclusion.

In his early-twenties, Brahms thought of devoting himself to the organ, and his A-minor Prelude and Fugue honours the spirit of J. S. Bach, although there are already rhythmic and phrasing idiosyncrasies that would acquire greater significance in his later music. Titterington, again, was spot-on in his choice of stops, recreating the chaste, north-German Baroque sound – full but not overwhelming – Brahms would have been familiar with, and he played it with notable clarity and understanding.

It’s a far cry from César Franck’s ambitions in his blockbusting Grand Pièce Symphonique, written only four years later to show off the ever-developing splendours of the Cavaillé-Coll style of organ-building. It’s a sound that suits the RFH instrument well, and Titterington has a natural affinity for the spiritual anxiety that simmers away in Franck’s music. Surprisingly, since he had achieved it so well in the rest of his programme, there was less sense of distance, of foreground and background, but the Gallic flavour of the string and reed stops came over strongly enough, as did the music’s mighty passages of lofty rhetoric. Pursuing his French sympathies, Titterington played Jehan Alain’s reflective Chorale dorienne (JA67) as his encore.