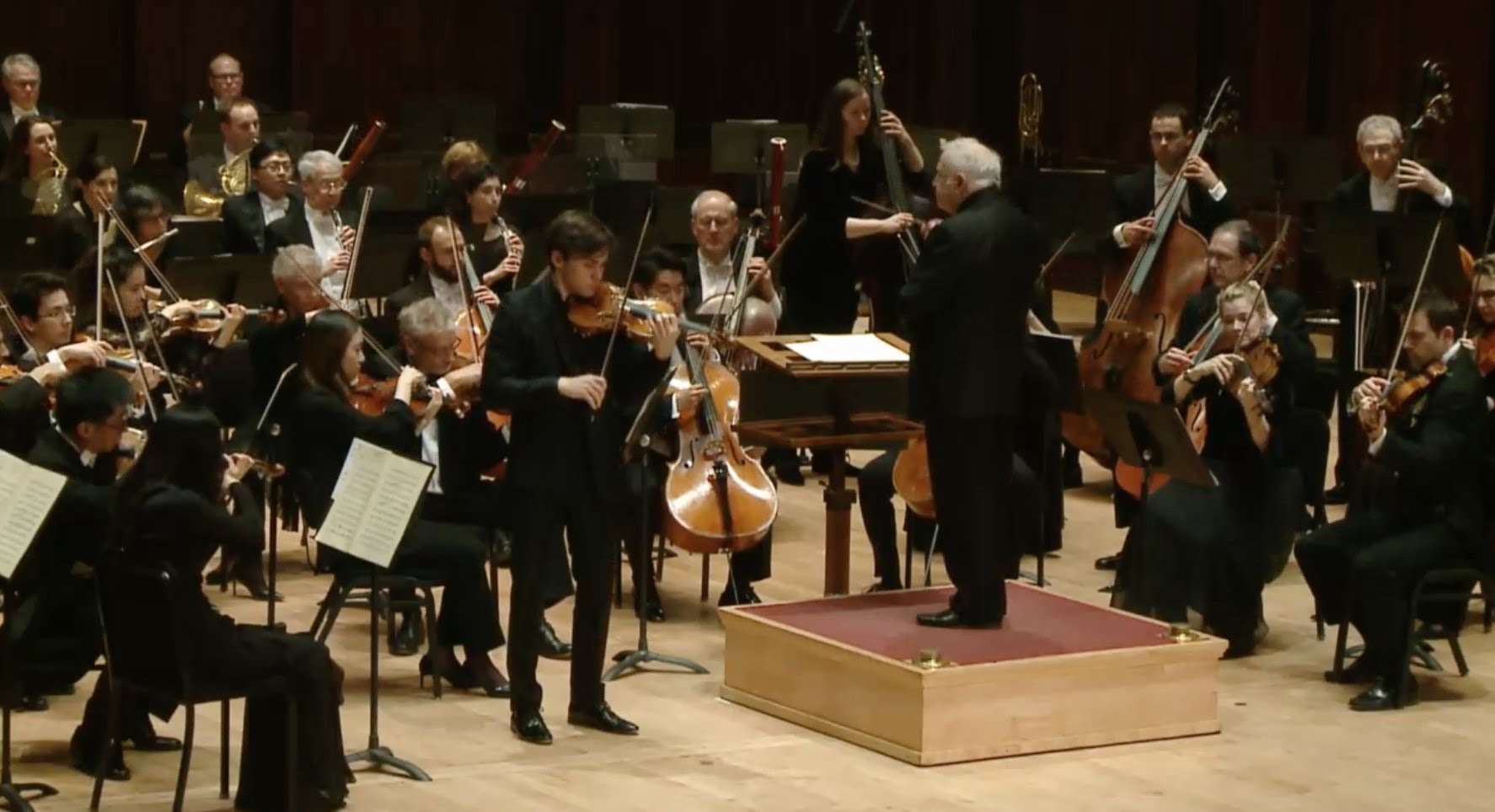 The final leg (this concert a second performance) of the DSO’s French Festival opened with Flammenschrift (Written in Flame, 2012), Guillaume Connesson’s brilliantly orchestrated and energetic showpiece, which has been described as a “psychological portrait of Beethoven”. The score certainly rages (and over more than a lost penny, presumably), the fist clenched by the end. Whether yes or no, there is plenty to enjoy on purely musical terms, not least the occasional glimpse of an English sensibility, specifically and fleetingly William Walton, two cosmopolitan composers (Walton a great one) waving to each other from their respective countries.

Once again Benjamin Beilman substituted for the indisposed Renaud Capuçon. It was a shame to lose an orchestrated version of Ravel’s G-major Violin Sonata, but the lyrical and sparkling Saint-Saëns found Beilman in teasing come-hither mood during the Intro but sometimes less than felicitous in the Rondo. His intensity and dug-into approach (somewhat wearing in the latter stages of the Saint-Saëns) worked a treat more or less in Tzigane (which Capuçon would also have played), save for the grating bow sound and some sour tone/intonation. Gypsy passions abounded but the orchestra’s arrival (it takes a while) was welcome to mix things up, harp as cimbalom, before the music takes flight with a whole host of violin pyrotechnics, manfully dispatched, rose between the teeth stuff. Some soothing Bach followed, the Largo from the C-major Sonata, BWV1005, shaped affectingly.

As for the ‘missing’ Violin Sonata (now Ravel’s No.2, the one with the central ‘Blues’ movement), this has recently been orchestrated, very impressively, by Yan Maresz (born 1966). Any disappointment at not hearing it now is alleviated by it being available on YouTube, with Capuçon and Slatkin, captured in Lyon.

And it’s to Lyon my thoughts turned regarding the Berlioz, for Symphonie fantastique has featured extensively in Leonard Slatkin’s repertoire there, not least on tours (and there is a Naxos recording). Familiarity has not dimmed this conductor’s enthusiasm for the piece, no score needed, yet it is in most orchestras’ regular repertoire so I may have been in the same boat for it coming round too often.

But the oldest music (1830) included during this French Festival came up fresh, innovative and visionary in an hour-long account that glowed with expression, narrative and opium-fuelled hallucinations, Slatkin’s personal touches further illuminating the music, and it was also unusually complete: not only the repeats observed in the first and ‘March to the Scaffold’ movements but also the inclusion of the cornet part in ‘Un bal’, marked ad lib by Berlioz, wisely (!), but it’s good to hear it occasionally and Hunter Eberly was superb (if only caught by the camera in the last few seconds).

The performance as a whole was compelling, whether investing reverie, passions, lilt (the waltz particularly shapely), pastoral heavenly length, this ‘country scene’, with hints of Beethoven 6, as contemplative as it can be (rightly, the off-stage oboe was heard but not seen, and in a good ‘distant beloved’ perspective) but simmering enough for the emotional outburst to be integral and for the timpani-thunder to be dangerous, an ominous prelude to the March that follows, plenty of swagger and heightened emotions here (ideal tempo, too, and not just because Berlioz’s marking is Allegretto), and from there to gaggling witches and a ghoulish party: strident bells, the tubas-intoned ‘Dies irae’ in full flight and a rollercoaster conclusion, piccolos piercing through, still sensational two centuries on.

All in all, this was a very rewarding three weeks spent on the French side of Detroit..