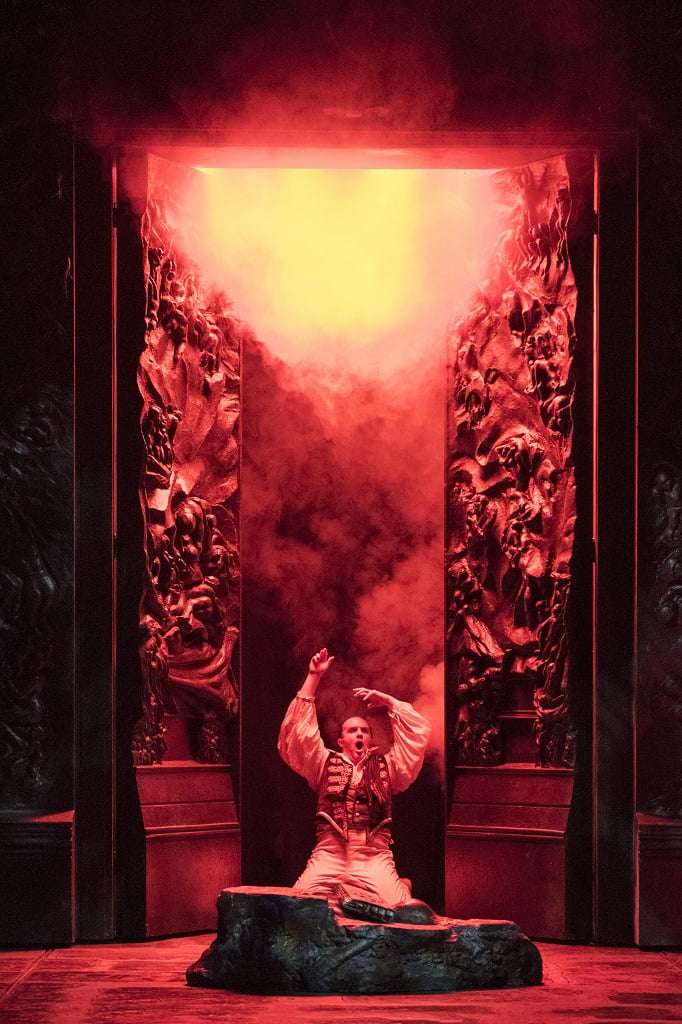 This revival of John Caird’s 2011 Don Giovanni, rebooted by Caroline Chaney, is no less darkly oppressive in its heavy, neo-Baroque and Rodin-inspired designs. His Gates of Hell looms over proceedings, whether as shifting panels or as the entrance to Stygian darkness, its constant and dimly-lit presence a finger-wagging moral reminder, and not just to the anti-hero, of actions and consequences. Despite periodic humour, the opera’s giocoso element largely resides in the bracing wit and energy of Mozart’s music. A mostly fresh cast (in assorted cloaks and cowls, a nod to eighteenth-century Spain) responds to this with varying degrees of success, old hands bringing considerable experience and panache while also forming convincing relationships with newcomers.

Chief amongst these connections is the strong pairing of David Stout’s well-defined Leporello and Gavan Ring whose Don Giovanni shows much promise and who, in time, will explore more than just swagger and arrogant flourishes from this libertine; and while there is much to enjoy in the ‘Champagne’ aria, it is a little effortful. Against this, Stout inhabits the put-upon servant and willing co-conspirator with ease, bringing presence and vocal assurance to enable him to dash off the ‘Catalogue’ aria with gusto and make a persuasive job in his Act Two impersonation of the Don.

There is no lack of chemistry between the two sets of couples either. Emily Birsan engages as a pretty-voiced and resolute Donna Anna whose interactions with Benjamin Hulett’s marriage-fixated Don Ottavio suggest in her body language that wedlock may never happen, but Ottavio’s one-dimensional character was not improved by Hulett’s limited timbre, ideal for expressing indignation (acrobatics he can do) but unable to adjust to the serenity of ‘Dalla sua pace’. 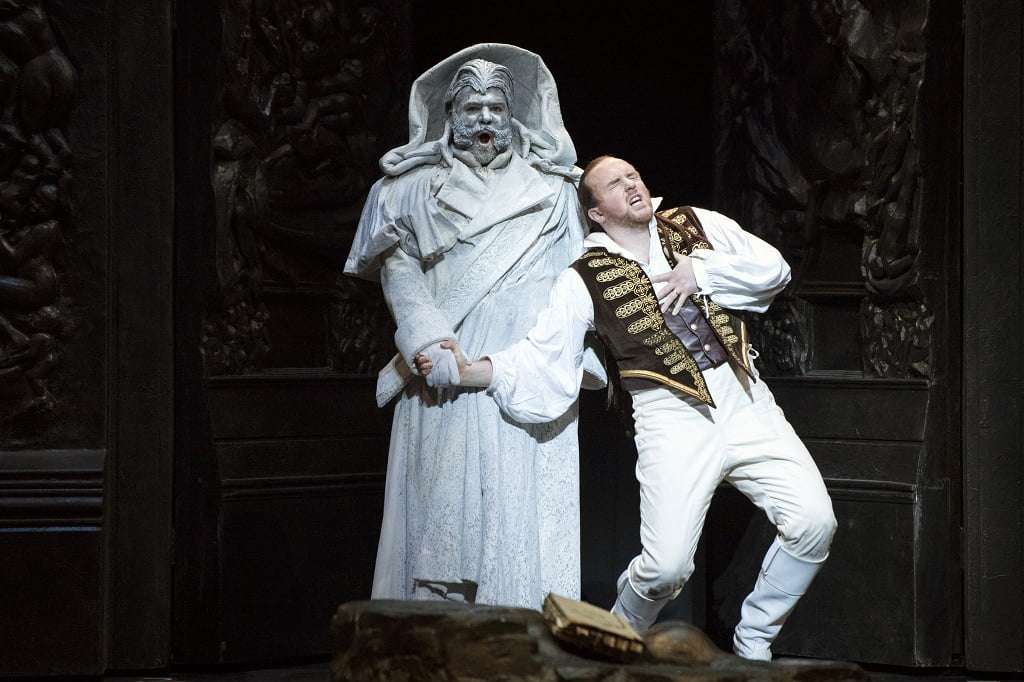 Katy Bray makes a fully plausible Zerlina, knowingly coquettish in her exchanges with the Don and turning her affections swiftly back to a resentful Masetto, broodingly sung by Gareth Brynmor John. Bray’s ‘Batti, batti’ is a highpoint not least for Rosie Biss’s eloquent cello contributions. However, from the women, it is Elizabeth Watts as the betrayed Donna Elvira who most impresses – her ‘Mi tradì’ reveals previously hidden depths that bring a lump to the throat.

In the closing supper scene Miklós Sebestyén is a suitably stone-faced and imposing Commendatore, given six ‘outrider’ ghosts from the Chorus for company. The whole is spiritedly conducted by James Southall who draws some wonderful playing (much effective colouration from woodwinds and a beguiling mandolin) and with just the right amount of forward-moving pace.