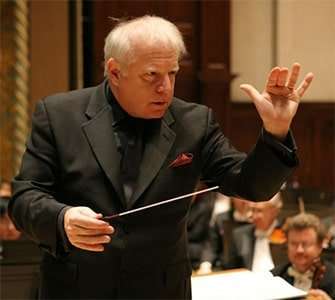 Absurdly dismissed in some quarters, the Overture (plus several vignettes) that Beethoven composed for the opening night on 3 October 1822 of the Theater in der Josefstadt in Vienna is no token gesture but a magnificent beast, proudly ceremonial to ‘consecrate the house’, thrillingly athletic in the fugal sections (with Handel’s influence to the fore), boldly scored and brilliant, and with no shortage of transporting depth. It’s a substantial piece. Leonard Slatkin and the Detroit Symphony Orchestra did it proud – uplifting trumpets, nippy bassoons, rich strings and a big collective heart – to exhilarate this Friday-morning concert that was broadcast worldwide via the Web. 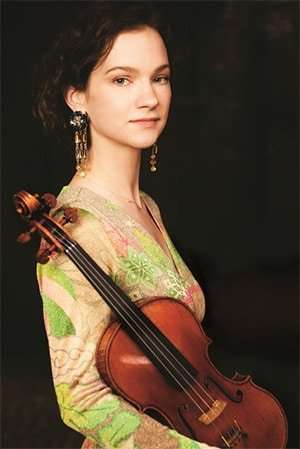 If Carl Nielsen’s Violin Concerto (1911) is not as envelope-pushing as his last three symphonies (especially the remarkable No.6), then it is utterly adorable. In two movements (as far as I am concerned!), each preceded by a speculative introduction, the music straddles heroic and quixotic qualities, and also dazzles and shares mysterious intimacies. Nielsen himself was a violinist, good enough to play in the Royal Danish Orchestra, and although the writing for the instrument here is challenging, even for the greatest virtuosos, it is idiomatic. Hilary Hahn, new to this superb piece, clearly relishes the contest. She gave a fabulous performance – considered, poised, glowing, stunning – brought affection and bravura to the work, and made wonderful music out of the first movement (with its memorably swashbuckling ‘big’ tune) and then relished the pastoral reverie and drily-witty quirkiness of the second. Cadenzas were given space while remaining integrated. Slatkin’s Detroiters, whether fuelling the music’s Romantic headiness or faithfully tracing its inimitable poetic and spiky outlines, only adds to the feeling that this is an opus that deserves a greater number of appearances than it tends to receive. Give Bruch No.1 and E minor Mendelssohn a much-needed rest (great pieces, mind) and play the Nielsen!

In December 1988 Slatkin set down a recording of Schubert’s ‘Great C major’ with the St Louis Symphony for RCA that captures well the work’s expanse and drive, an impressive version distinguished for its dovetailing, generosity and communicative spirit. And so it remains in Detroit, orchestra and conductor finding each other at every turn, the Symphony launched by fine horns, a sanguine sensibility growing and leading with exciting force into an Allegro (exposition repeated) bristling with detail and vitality; lovingly shaped too. The Andante con moto second movement was rather jaunty before yielding to Alpine lyricism, cathartic climax, and the ‘recalled in tranquillity’ follow-through. The scherzo and trio (most repeats taken) was a joy of muscular dance and limpid melodies (Detroit woodwinds coming into their own), and the finale – wisely without the exposition repeat, once this movement starts it should brook no detouring lead-back bars – had a rhythmic swing and propulsion that avoided sewing-machine regularity but also left no doubt where the music was going, and confirming Slatkin as a notable interpreter of this Symphony, for all seasons in fact. To Detroit locals, if you missed this concert, you have two more chances at Orchestra Hall, Saturday and Sunday.