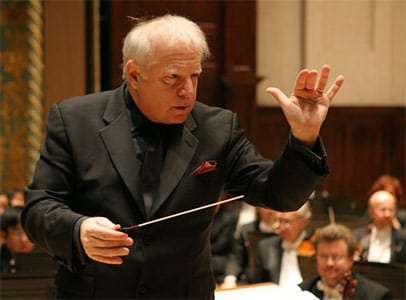 Another corking programme from the Detroit Symphony Orchestra – its free-to-view, easily accessed live webcasts have become a must. This matinee was a good mix of the new and the trusted and featured a legendary pianist in a signature role.

The concert opened with Bright Sheng’s Zodiac Tales, a concerto for orchestra based on Chinese astrological signs and divided into six movements:

The five movements that were played did so for 27 minutes, Sheng (born 1955 in Shanghai) exploiting a large orchestra. The opening flourish certainly grabs the attention, a thrilling brass-dominated cacophony, before developing subtler strains as well as harmonies reminding of Bartók’s The Miraculous Mandarin, something pentatonic being the bind, maybe. The mice and cats not at play this time, next up was the reverie-like third movement (for woodwinds) which recalls Copland, Billy the Kid under the starlit sky in particular, in music that is very atmospheric. ‘The Elephant-Eating Serpent’ pulsates in strident tones fuelled by industrial percussion, rasping trumpets and hard-rhythm strings, a contrast with the affecting indigenous melody given to violas at the outset of the next movement that also features an expressive cello solo, and not forgetting harmonics from the violins and some veiled low notes from double basses. Rather like the end of Respighi’s Pines of Rome, the finale is formed from age-old vapours, with trombones and cor anglais (English horn) given starring roles (if maybe going on a bit too long) before the equines find their wings with sonorous attack and glittering detail, building up to a gong stroke that is left to subside to silence. One day it will be good to hear the second movement, when it’s out of quarantine, to complete the set of what is a very likeable and effective piece, splendidly introduced here. 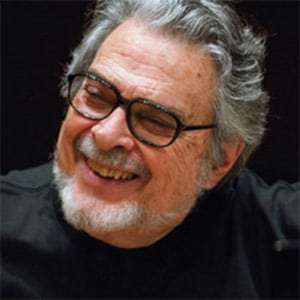 Leon Fleisher, now 85, is well-known for playing only the left-hand repertoire due to a neurological disorder that has caused him problems for some decades. In recent times he has returned to two-handed music but retains affection for the scores that have served his recent career so well, and anyway the Ravel is an absolute work of genius. Written for the Austrian pianist Paul Wittgenstein (1887-1961), who lost his right arm in World War One due to a bullet wound, Ravel’s Concerto (1930) is one of several commissions Wittgenstein initiated – from Britten, Hindemith, Korngold, Prokofiev, Richard Strauss and others. When he wasn’t rejecting (or finding unfathomable) what was received he was tinkering, as he did before giving the 1932 first performance of the Ravel, something that the fastidious composer found more than irksome and indeed it caused an irrevocable breakdown to the men’s relationship.

The Left-Hand opus is very different to the concurrently written light-hearted and coolly lyrical G major work, for this ‘other’ Concerto is dark and brooding, enlivened by a sinister and subterranean military march and jazzy but not foot-tapping rhythms and only relieved to a certain extent by a brief look-back to a Mother Goose-like enchantment. Ravel demands from five digits as much as he might from ten, and the soloist is not limited to the lower part of the keyboard. The music can erupt and climaxes are uncompromising; the final and so poignant cadenza is the summation of the work, but the orchestral coda crushes any sense of achievement.

Suffice to say that Fleisher, a veteran of the piece (there are at least two recordings from him, with Commissiona and then Ozawa, and collectors will surely have his 1950s/60s’ Beethoven and Brahms Concertos with Szell conducting), gave not only a seasoned reading but one that was majestic and unsettlingly expressive, Fleisher ensuring that melody and counterpoint was unusually lucid. The odd finger-slip and awkwardness counted for nothing when set aside Fleisher’s musical command and his ability to ruminate without losing the concentrated design of this one-movement masterpiece. Leonard Slatkin and the DSO offered a powerful and sensitive accompaniment, and if the so-important orchestra sometimes needed to be heard more, Fleisher closely balanced, then this is an as-broadcast comment.

As for Shostakovich 10 (1953), much strength, compassion and dedication went into this performance, the long opening movement brimming with intensity, pathos and unflinching, wonderfully terraced climaxes. Flute, clarinet and bassoon solos were especially meaningful, Slatkin and his musicians turning in a well-judged Moderato that was anything but middling. However much Stalin (dead by then) is caricatured in the savage second-movement scherzo, it’s a tour de force on its own terms, and was hammered out here with deliberation, Slatkin achieving brazen results through stealth rather than showpiece tactics. If the next movement can sag and seem less inspired than the others, the conductor’s uninhibited approach denied such criticism, and the finale, once passed the ominous introduction, had the wind in its hair, and if one always challenges Shostakovich’s happy endings as forced and ciphers to be understood in a doubting way, here there was no questioning the Detroiters’ dance of joy. In short, a roaring success.