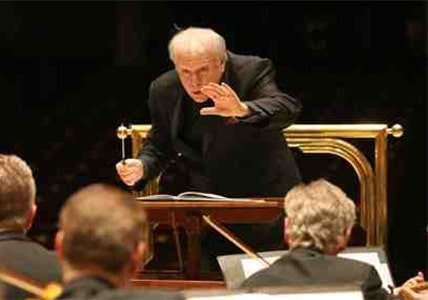 A one-off programme, given outside of the normal Detroit Symphony concert-days, and delivered to London at midnight-30 on Thursday morning. A single (and singular) composer too, Antonín Dvořák, whose prolific output (much chamber music, several operas, religious and vocal works, and the sadly underrated low-number Symphonies) tends to be obscured by those pieces – and you know what they are – that so-regularly keep his name in the frame. Here were some of them, although the marvellous Carnival Overture seems a rarity these days, here given a bouncy and spontaneous outing, with some nocturnal musing that was especially evocative and – with piccolo skirling and trombones growling – the opening festive music returned with a natural momentum, Slatkin leaving room for an exuberant kick into the final pages. Then, with a wave to the audience, Yo-Yo Ma entered to marvel at being in a hushed forest, eloquently distilled, following which we danced to the interval with a quartet of Slavonic Dances, given with poise and pizzazz (the opening and closing Furiants), sadness and scintillation (No.2, a Dumka) and – here the alliteration stops – glee and poignancy (for the Skočná that is No.7). The other twelve Dances (the rest of Opus 46, and Opus 72) sometime, please.

After intermission, Yo-Yo Ma returned to play the great and expansive Cello Concerto (composed in America). He enjoyed a pointed and detailed accompaniment, with some star turns from DSO horn, clarinet and other principal players, but his own contribution was a little overwrought and saccharine at times if alive and poetic – but quite frankly nothing could have lived up to the numerous embarrassing superlatives chucked at the cellist and the performance by presenters Alex and Charles before it took place! It was a rendition of undoubted personality on the soloist’s part, although conversely he tended to smother it a little and a big work like this needs more tonal variegation to sustain it and, in the finale, less clipping of phrases. However, his Bach encore, the ‘Sarabande’ of the D major Suite (BWV1012) more than compensated; so much expression, colour and dynamism packed into a few soulful minutes.