Antonio Vivaldi and Gustav Mahler have both had music used in films; whereas, as far as I can find, Chris Brubeck has not composed for the movies. In case you are wondering, Vivaldi’s Mandolin Concerto (in C, RV425) featured in Kramer vs. Kramer (Dustin Hoffman & Meryl Streep) and the Adagietto from Mahler’s Fifth Symphony is linked to Death in Venice (Dirk Bogarde). This Vivaldi wasn’t the Kramer soundtrack, rather a three-movement affair for lute, which happily transfers to guitar, even if it sounded edgy and larger-than-life here, the respectively jaunty, poetic and bucolic movements played pluckily by Sharon Isbin and accompanied by a small group of strings (no requirement for second violins). 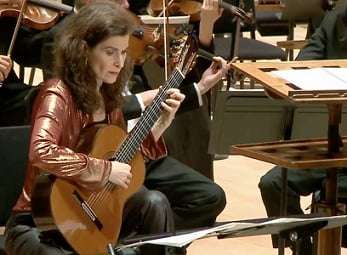 The versatile Chris Brubeck (born 1952), son of Dave, composed Affinity for Isbin. It’s a likeable fifteen-minute, single-movement Concerto in contrasting moods – lively, foot-tapping, dreamily lyrical, festive, and scored colourfully – but the hand-clapping and other percussive effects toward the end palled very quickly. As an encore, Isbin offered Francisco Tárrega’s impressionistic Recuerdos de la Alhambra, played consummately but also unsubtly, rendering the music demystified, a clinical approach perhaps exacerbated by the guitar being amplified (it had been for the Brubeck) and maybe such exaggeration seeped into the relay.

When Mahler died in 1911, his Tenth Symphony (the Eleventh including Das Lied von der Erde), was unfinished if A-to-Z overall, sketchily orchestrated, and with various indications. Numerous attempts to complete it have been undertaken, some quite speculative, but none better than the late Deryck Cooke, who made three Performing Versions from the late-1950s onwards. Cooke III was used here, reasonably enough, but anyone getting to know the work through Eugene Ormandy’s pioneering recording (Cooke I) may well regret some of the revisions Cooke and his associates made. 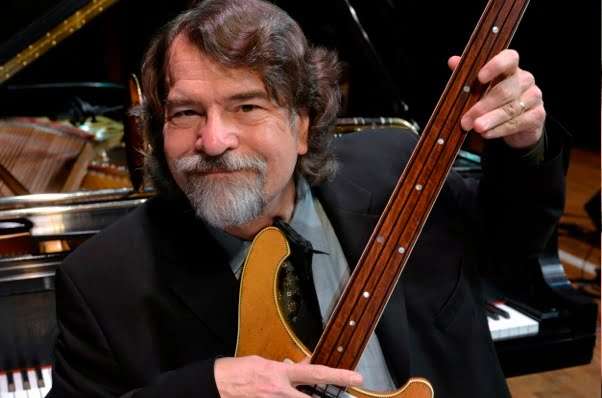 Of course, given what Mahler left is hardly definitive, and even if he had finished it, and heard it, he would no doubt have made changes (ditto Das Lied and Symphony 9, also not played during his lifetime); so Cooke’s admirable loyalty to what was available to him, is also fair game for conductors to bring their own insights to bear. I direct you then to Leonard Slatkin’s article (link below) for his personal touches, which come off well, even the cut toward the end of the second movement, although I do wonder about contrabassoon and tuba together in the Finale.

With the proviso that the Al Glancy Control Room sent out clear and detailed sound (all-important antiphonal violins perfectly balanced ear to ear) but with the loudest passages somewhat constricted – that’s what reached me anyway – this DSO performance, if sometimes using different letters, certainly caught the spirit of the music unerringly, and if the occasional tutti was not pristinely together, the importance of the score (Mahler/Cooke/Slatkin) made for inspiring and, indeed, chilling listening. It’s rather new as a whole to Detroit audiences; the DSO’s most-recent account was back in 1968 conducted by the great Jean Martinon (the Chicago Symphony issued a concert performance with him).

The Symphony’s opening is a returning intense soliloquy for violas, leading to eloquently pessimistic music with spiky contrasts. Slatkin didn’t wallow, indeed he may have been a little hasty at times, and I think timpani and trombones were given a little extra material. The nine-chord dissonant eruption was suitably painful and its envoi suggested a serene endgame while allowing for more to come; of course this first-movement, mostly Mahler’s own work, is often programmed as a torso. With the robust if cynical second movement Ländler, Mahler’s composing virtuosity takes hold, its numerous metrical and rhythmic twists and turns skilfully negotiated by the DSO, manfully sustained and released joyously; a small cut made by Slatkin may well be frowned upon but I found it immediately convincing. 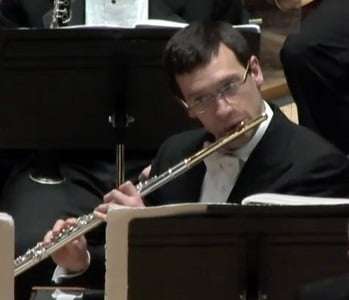 The enigmatic and epigrammatic third-movement ‘Purgatorio’ is also in Mahler’s hand (you may recall that George Szell recorded it). From the DSO it scurried to suggest an ominous Brothers Grimm story set in a dark forest. I miss the side-drum roll that heralded the fourth movement on Ormandy’s recording (maybe he added it, or Cooke changed his mind for his revisions), a macabre dance winding-down to shadowy percussion, a blunt drum stroke (here off-stage) ending things, or beginning the Finale, equating to the punctuations Mahler heard from his New York hotel room as a fireman’s funeral cortege passed by; in Detroit the effect was quite ghostly. Then comes one of the most ineffably beautiful melodies Mahler ever wrote, given to flute, David Buck here; this is haunting music that words fail to capture and which seeds the transcendental climax that follows the return of that multi-note stridency from the first movement, emphasised by Slatkin with additional percussion, terrifying in the Hall no doubt if a little less so over the airwaves. Mahler’s premonitions, pathos and lament now reach irrevocability, and surely in the final upsurge, before sinking back and to silence, Mahler consciously references ‘Isolde’s Liebestod’; that’s what I hear anyway, and there was much to relish from Slatkin and his Detroiters.