Leonard Slatkin entered, took his bow, then retreated, leaving concertmaster Yoonshin Song and her bow (word-play) to start this eclectic DSO concert with the ‘Preludio’ from the E-major Partita, which she did with poise and panache and much expression within the notes. Then, with Slatkin restored to the podium, straight into the celebratory Sinfonia from Cantata 29, including bright trumpets and a splendid contribution from Robert Conway on a good-sounding organ; good sound, too, courtesy of the Al Glancy Control Room. So far, so Bach, followed by a few words from our conductor to relate links between Johann Sebastian Bach, improvisation, and Jazz – not as far apart as we might think; and, while penning this, I have recalled Jacques Loussier and his Bachian badinage. 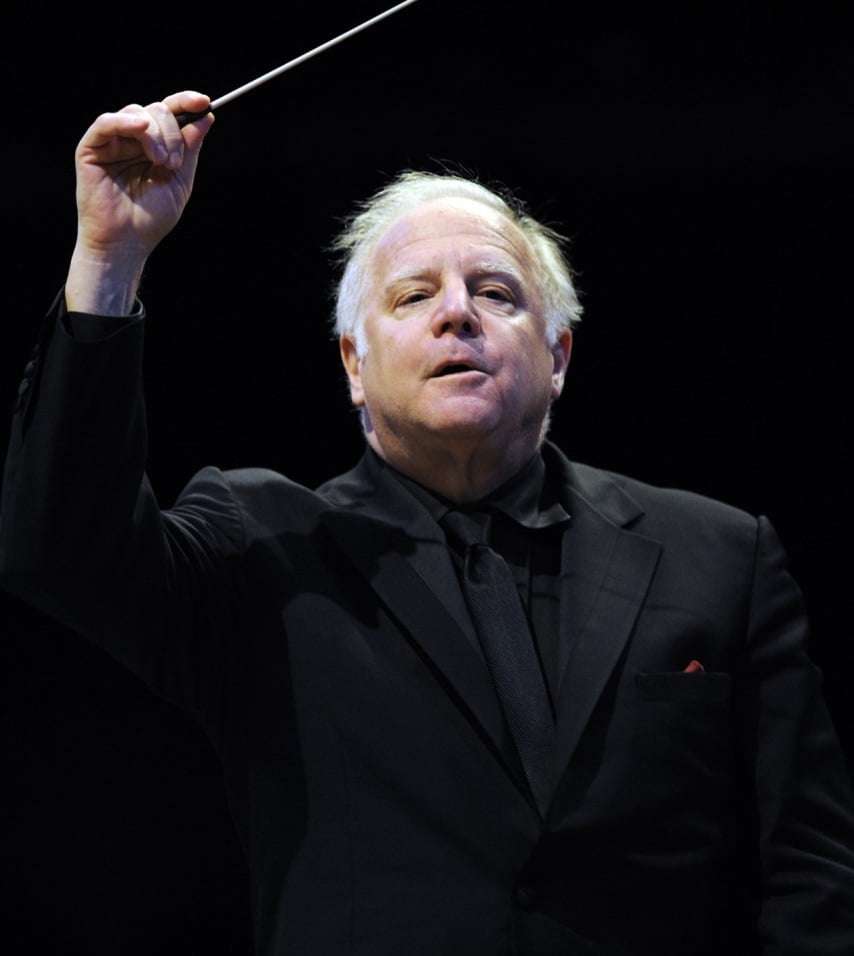 Where does this leave Lukas Foss (1922-2009)? Well in 1967 not too well in Slatkin’s eyes, for he was at the premiere of Phorion, conducted by Leonard Bernstein in New York, but he later grabbed the score and got to know Foss. The “stolen goods” (otherwise the title was Greek to me) belong to Bach, beginning with that violin prelude, but not for long as interruptions sweep through as if various sections of the orchestra are ignoring red lights and creating a car-crash at the crossroads. This is music, including a made-up element, that reminds of other music (did I hear some Stravinsky?), surreal, humorous, and with a romantic cello solo. Flute and piccolo had a race, one player raising a “winner” banner; it was as if inmates from an asylum had been let loose into a room full of musical instruments (including an electric guitar) – disruptive, anarchic – and maybe owing to the ‘Comedy’ movement from Charles Ives’s Fourth Symphony. This premiere for me was terrific.

Three transcriptions of favourite Bach by eminent conductors followed. John Barbirolli’s ‘Sheep may safely graze’ is idyllic, touching and transporting, woodwinds to the fore, Slatkin shepherding Sir John’s generous arrangement with affection. ‘Jesu, joy of man’s desiring’ proved richly affecting from Eugene Ormandy – think Philadelphia Orchestra strings now emulated in Detroit – and made for stimulating listening. Finally in this welcome triptych, Leopold Stokowski’s extravagant view of the organ D-minor Prelude and Fugue, probably not by Bach and possibly conceived originally for violin; whatever the music’s genesis, and however infuriating Stokowski could be as a conductor (you write it, I’ll change it), this is a stunning piece of work, the marvellous scoring superbly realised by the DSO and Slatkin – with power, depth and vividness, orchestra as cathedral organ.

Following the interval, Shostakovich’s Jazz Suite No.1 (1934), the theatre ensemble including trumpet, trombone, saxophones, banjo and steely Hawaiian guitar, for a satirical ‘Waltz’, a saucy ‘Polka’ led by xylophone, and a final ‘Foxtrot (Blues)’ straight out of the Kurt Weill songbook and reeking of Berlin cabaret. 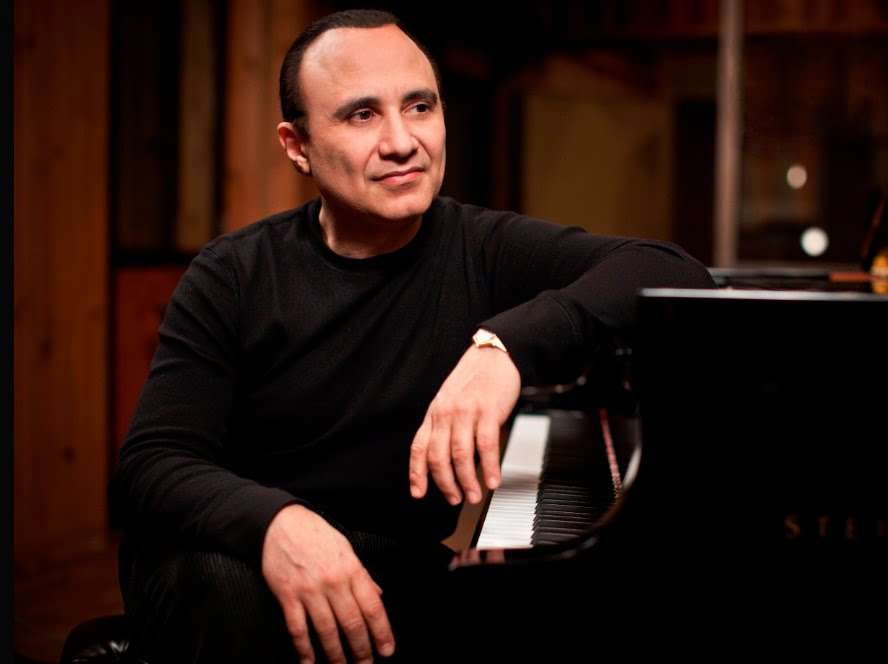 As for the Concerto for Jazz Trio by Michel Camilo (born 1954), which received its premiere the previous day (although given the extemporisation element maybe every performance will be a ‘first’), well, it’s likeable, energetic and colourful – a large orchestra is employed – with much going on, but, in all honesty, not a huge amount to go back to. As music it came across as rather crowded, and the relay was somewhat cramped to cope with what may have been an extraordinary level of decibels in the hall, Camilo’s piano lacking body (tinny if conversely sometimes boosted), although Cliff Almond’s drum-kit and Ricky Rodriguez’s bass were more natural.

But beyond doubt Camilo scorched the piano’s keys with a breathtaking display of virtuosity, matched by his friends. Almond cymbal-shimmered the second movement into still life, a meditation, with strings as backdrop and aspiring to film credits; the trio really engaged here and Rodriguez bowed a melancholic solo. This movement of contrasts had lulled me into believing the Finale had arrived, the music becoming quicker, but when it did show it was capped by Almond and with a cameo from the DSO’s timpanist, the speed now frantic, Camilo and his twenty fingers firing on all cylinders; sizzling.

As an extra, Camilo and his confreres offered “jazz cha-cha” (Camilo), a number entitled ‘Sammy walked in’, and then there was one – Camilo – as he toyed with something Gershwin-esque and, by George, his Prelude No.2 duly turned up, a bluesy wind-down, played lovingly and stylishly.