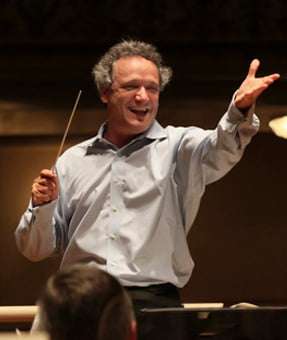 For its latest webcast, the DSO embraced two Symphonies. Louis Langrée conducted a sprightly Beethoven 4, if suspenseful in the slowly-dawning introduction. The playing was nimble in the Allegro, although, as broadcast, the dynamic range was virtually non-existent (and therefore at-odds with recent excellent transmissions from this source) although detail was clean and found the woodwinds elegant; grace-notes were played short in the development section, and forward motion was more or less maintained going into the recapitulation, which would have delighted a distinguished colleague (writer and broadcaster) who is critical of any sagging at this point. The Adagio had a nice flow, thankfully without the ‘authentic’ rush that can ruin it, with time for expressive asides and Ralph Skiano’s eloquent clarinet solos, although (added?) reverberation was becoming unhelpfully occluding. The Scherzo bounced along merrily, the Trio following suit, albeit a little more phrasal leeway would have been appreciated, and the Finale was regrettably too fast, more about getting the notes in place, achieved (not least by the bassoonist), than doing much with them. Greater weight and some wit would have been welcome.

Mahler’s song-cycle Symphony, The Song of the Earth, composed between numbers Eight and Nine, needed greater clarity from the recessed orchestra (again, as conjured by the Al Glancy Control Room), for although Russell Thomas, singing heroically in the opening setting and with distinction, wasn’t closely balanced he still dominated; with thin-sounding strings, this ‘Drinking Song’ was rather, well, earthbound. Thomas went on to give ‘Of Youth’ with a certain regret and to relish further drunken adventure, in Spring. 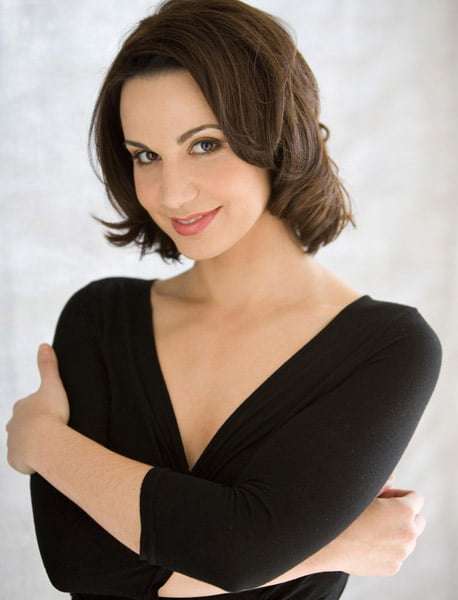 Kelley O’Connor also impressed in the three settings assigned to mezzo (or baritone), not least that involving autumnal loneliness (although Langrée didn’t linger here, with a consequent loss of gravitas). ‘Of Beauty’ was poetically turned, but the central flare-up was a canter from these well-groomed horses. The mezzo gets to illuminate ‘Abschied’, a ‘farewell’ nearly as long as the first five movements put together. Unfortunately, this disturbing music attracted relay distortion, the sound fracturing on the airwaves (apologised for by the DSO), barely listenable to if not enough to completely ruin O’Connor’s depth of utterance (heartfelt) or some eerily seductive flute-playing. The interference cleared, though, and Langrée’s expressionist gambits were ear-catching, less so some haste, although the DSO did by now have greater presence and dynamism.

Overall, this Das Lied was our old friend the curate’s egg; superb singers and a well-prepared orchestra (Langrée more responsive to the work’s chamber music than the bigger and edgier aspects), but with the DSO losing out somewhat when the vocalists were forte, and in this of all works the balance must never tilt away from the players as it tended to here. Hopefully, a one-off production from Al Glancy and not “ewig”.