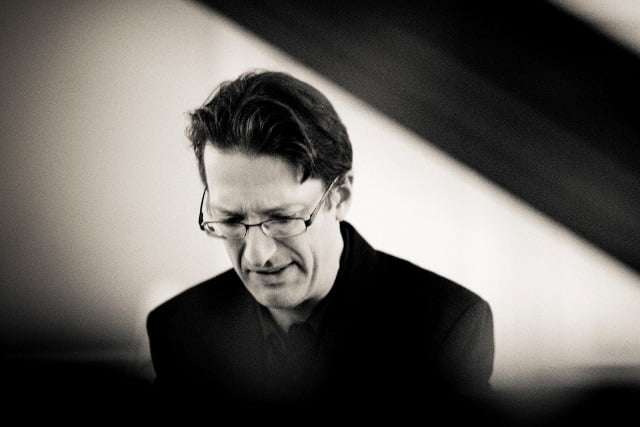 Reviewed from live BBC Radio 3 broadcast… Nine of Grieg’s numerous Lyric Pieces graced the first half of Llŷr Williams’s Edinburgh Festival recital, perfect morning listening, especially when played with such affection, sensitivity and, when required, technical wizardry, the latter mandatory for such as Trolls (marching) and Puck (quicksilver), although Williams’s virtuosity was always music-serving. In slower numbers, with perhaps a nod to Liszt (and not just because of his presence in the second half), Grieg is at his most musically picturesque – such as for ‘The Brook’ and ‘Evening in the Mountains’ – during which Williams had his paint-box and canvas at the ready. A tenderly etched ‘Cradle Song’ will stay in the memory, as will the harmonically adventurous ‘Bell-ringing’ that tolled the thirty-minute sequence, one which Williams played as virtually continuous – and was allowed to do so: the lack of interruption balm to the ears and to the senses, the music too.

Following twenty minutes of silence (for me), Williams turned to Wagner and some transcriptions from his stage-works by Liszt. So we had the Rienzi Fantasy – powerful, soulful, heroic – and then we were spun into a chorus from The Flying Dutchman, light-fingered and mercurial from Williams. Some Guests arrived from Tannhäuser, their Entry cueing a celebratory crowd, champagne uncorked (however, cut this arrangement in half for a better deal; terrific playing though). But, in life we are in death, so it was now to Isolde’s leave-taking (Tristan having already departed); no lack of musical sentiment, although singer and orchestra always trumps Liszt’s silent-movie version.

As centrepiece, Williams played an original Wagner piece for piano, a single-movement Sonata for the poet and author Mathilde Wesendonck (she of Richard’s Lieder and with whom he had an affair; never mind that her hubby had bailed the composer out monetarily). The Sonata (short, slow, more of an Albumblatt) owes little to anyone stylistically except it belongs to the milieu it was composed in; yet, the odd attractive turn of phrase aside, it is rather anonymous, even given Williams’s magical touch.

It would have been dispiriting to end with Isolde’s love-in-death swansong, so Williams returned to bells for an encore, ‘La vallée des cloches’ from Ravel’s Miroirs; mysterious and veiled, yes, but also transporting, the right sort of escape, to wherever the imagination takes you.