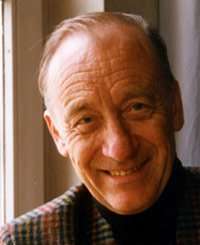 This was the UK premiere of Shchedrin’s “opera for concert performance”, a work commissioned by the New York Philharmonic Orchestra and premiered in 2002. Since then it has had various outings with some of these same singers, including one in celebration of the composer’s 75th-birthday. The composer was present at this Edinburgh Festival performance and contributed to the programme notes.

The narrative is based on a story by Nikolai Leskov who is best known for his novella “Lady Macbeth of the Mtsensk District”, which was made infamous by another Russian composer. It is not inherently dramatic as set and much of the variety in pace is provided by a succession of short orchestral interludes interspersing the passages of narration or reflections of the protagonists. What cannot be denied is that Shchedrin’s musical soundscape is at times startlingly original, and yet at the same it contains much homage to Russian operatic convention and sometimes to Russian folk music.

This is most evident in the depiction of an invasion by Tartar hordes, which was very redolent of Rimsky-Korsakov’s setting of a similar event in his “Legend of the Invisible City of Kitezh” with its propulsive and percussion-rich energy. There are elements of the pastoral in an interlude entitled ‘Russian Shepherds’ and there is one of those typically Russian-opera scenes involving drunken men (usually tenors – as here!).

These are contrasted with some very atmospheric choral writing that involves much pianissimo chanting of a decidedly religious feel, and this is often accompanied by telling use of bells and chimes. The members of the Mariinsky Chorus were unstinting in their commitment to the difficult writing. Sometimes a modernist passage finds its way into the frame – such as the ships on the Volga interlude – which conjured up a very brutal and industrial image in the mind’s eye with its horns and sirens.

The music is generally very attractive and atmospheric in its own way. Certainly it is hard to see how an opera-house staging could confer much advantage to the work – but perhaps an imaginative director could find a way. Much falls on the heads of the three soloists and Edinburgh had booked artists with enormous strengths. Each has to take on a variety of roles, which given the “concert” nature of the piece is a challenge as it could be hard to make them distinguishable. Then at various points each of them also takes on a role as a narrator. So one really needs to be able to follow the text in a book or perhaps by surtitles (though they would perhaps not be ideal because of the multi-character nature of the libretto). 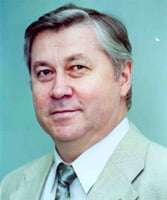 At this performance one had the complete text in the programme. Probably best known to British audiences was the charismatic bass Sergey Alexashkin who still commands an impressively resonant lower register with an unmistakably Russian delivery. We also had Evgeny Akimov, another Kirov/Mariinsky stalwart, who had a harder task. He had to play an ardent yet fickle Prince, the forceful and later drunken Magnetizer (in a passage that surely owes much to scenes within Prokofiev’s “The Fiery Angel”), and a ghostly monk. He thus has to sing lyrically, brilliantly and forcefully and later shadily – not an easy task for one voice. Akimov acquitted himself well – particularly in the quieter and more lyrical moments – but he also evoked the necessary swagger and abandon for the drunken scenes.

Best of all was the stunning account by Kristina Kapustinskaya of Grusha the Gypsy girl by. She has one of those resonant and rich voices that only seem to materialise out of Russia and its surrounding states. Her first appearance is singing a long, sustained and alluring gypsy song to a gentle string and harp accompaniment. It had the audience absolutely spellbound and luscious is the only word to describe her singing of it! The part requires a fearsome range, dramatic temperament and a superb technique for its more florid moments and these Kapustinskaya provided in abundance.

The indefatigable Valery Gergiev kept the score on the go and brought out its wide palette with loving and self-effacing control and made a cogent argument for getting to know more of Shchedrin’s music. The Mariinsky Orchestra was at its appreciable best. The rapt silence that greeted the quiet ending of the work lasted some time and was indicative of the power of the performance.