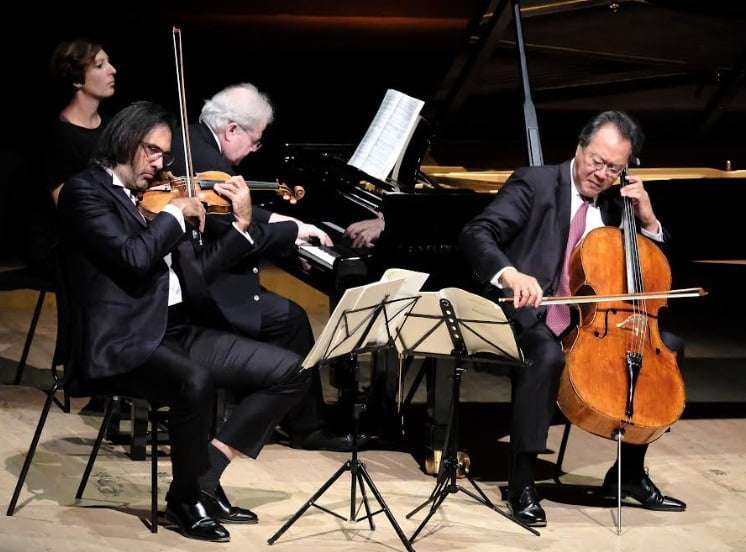 This line-up of star soloists is something of a dream team. Leonidas Kavakos, Yo-Yo Ma and Emanuel Ax released their Sony recordings of Brahms’s Piano Trios towards the end of last year, took them on tour round the US, and this Barbican Hall concert was the last in a short European trip. You could say that all three musicians and their Trios were well bedded in, and Ax and Ma have worked extensively as a duo. The Trios are big works, and even though they are all late-ish – especially Opus 8, which Brahms virtually recomposed in 1889 after he had written the others – they are not yet overwhelmed by the composer’s autumnal drift. Indeed, all three first movements are marked by the drama, heroism and structural terseness that so attracted Robert Schumann to the twenty-year-old young lion in 1853.

I imagine that many in the audience will have got to know these works via the Heifetz, Rubinstein, Feuermann ‘golden-age’ recording of Opus 8, which, if memory serves, hedges its bets between chamber music and symphonic aspiration. Here the latter was more prevalent, enhanced by the dynamic between the three players. Ma, the showman, was in charge, sending out lots of signals to Kavakos, who seemed to pick up on them subliminally. It worked, though, in some ideally friction-free ensemble, with beautifully synchronised dynamics, vibrato and tuning, and Kavakos’s cultivated, inward playing was a creative contrast to Ma’s more patrician style. The power behind the throne was Ax, who was in magisterial command of Brahms’s passion, ambiguity, technical demands and style, playing on the trot what are in effect three Piano Concertos or symphonic reductions and effortlessly recreating their complex characterisations. 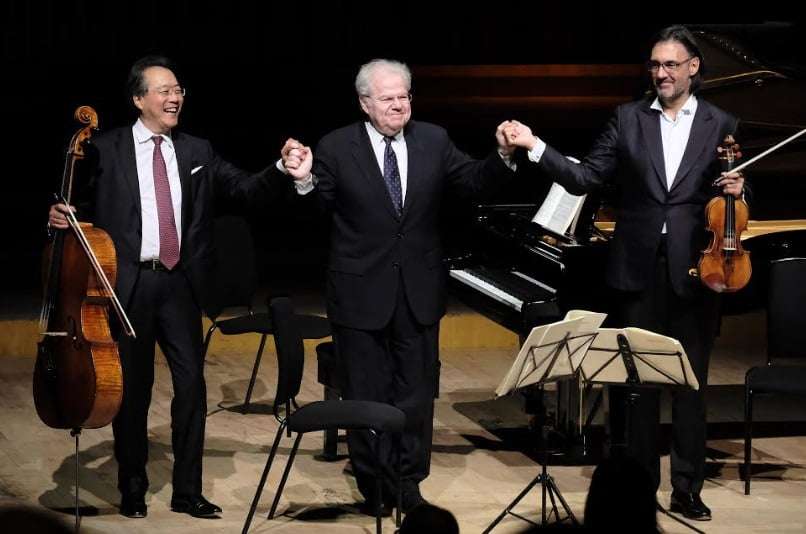 All three artists lived up to the ambition of Opus 87’s first movement in playing of jaw-dropping power, and were just as impressive in the shadowy proto-expressionism of the spectral Scherzo. Ax guided the remarkable first movement of Opus 101 with a clear-eyed grip on its compressed tension, and the bar-line blurring Andante grazioso showed off the sumptuous quality of violin and cello tone (both instruments are by Stradivarius). Kavakos’s sound was even richer in Opus 8’s first movement, and Ma was right inside the Zen-like meditation of the Adagio, in which all three players sustained the music’s Beethoven-like concentration.

With players of this calibre the experience of hearing all three Trios together was overwhelming. Their encore was the Andante from Schubert’s Piano Trio in B-flat, D898.