Giselle – a ballet in two Acts 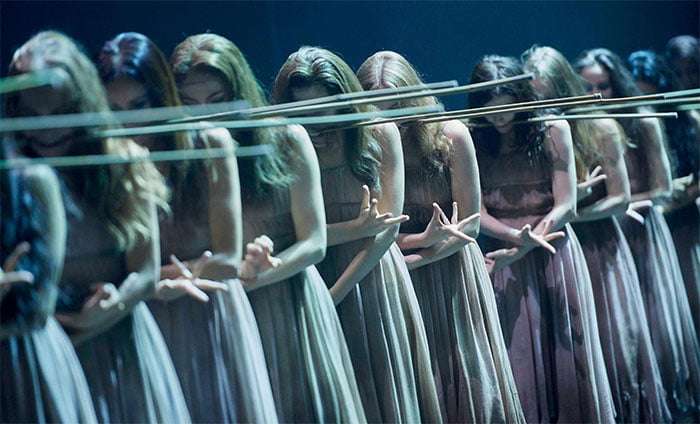 Akram Khan’s Giselle for English National Ballet returns to Sadler’s Wells trailing prizes and plaudits, and it is easy to see why: it is a rare unqualified success as a modern work, a synthesis of high quality stagecraft, lighting, musical composition, dramaturgy and choreography. It was, and is, a daring and brilliant commission by Tamara Rojo, the company’s doughty Director, to engage Khan, a kathak-trained dancer and choreographer, to create a work for her Classical Ballet ensemble. The decision to take as its inspiration Giselle, a pillar of the established repertoire, is extraordinary, as is the decision to preserve its basic story and even to incorporate fleeting choreographic and musical references. What Khan has created is another Giselle, a wholly different take on the familiar story, but one that preserves the dual worlds of the mortal and the supernatural.

The setting is moved to that of a garment factory, the mediaeval peasantry of the old Giselle now factory workers, the Outcasts, the Duke’s court now the Landlords, emerging almost like the aliens from their spaceship in Close Encounters of the Third Kind from behind the huge pock-marked wall which dominates. Khan focusses on the differences between these two castes, reminiscent of the Alphas and the Epsilons in Brave New World, and Albrecht’s transgression by moving amongst his inferiors and toying with the feelings of one of their number, Giselle. Khan sets the Outcasts in phalanxes of movement or scurrying hither and thither across the stage, often with exhilarating speed. He concentrates on Hilarion, hapless and somewhat gauche gamekeeper who secretly loves Giselle in the original version, but now a leader among his people, more observant and cunning than the others, determined to have Giselle for himself. Cesar Corrales, as exciting a dancer to watch as one could wish, was mightily impressive in this role, bringing lightning speed and a huge range of movement quality to his choreography, drawing the eye to him at every moment he was on the stage. He is one of the company’s rising stars. 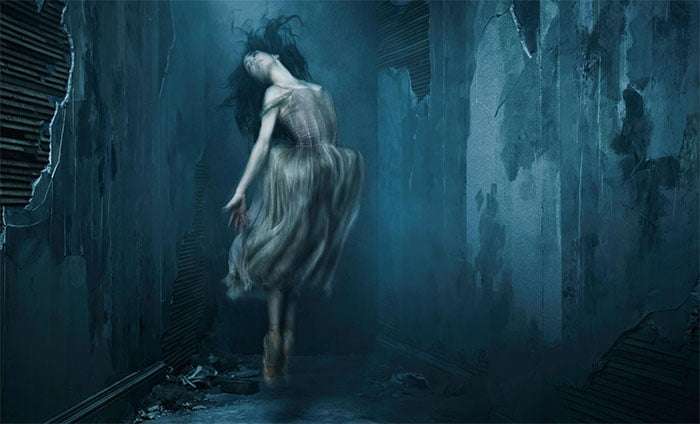 As the central couple: James Streeter as Albrecht, an errant Landlord, who brought both nobility and an unthinking quality to his interpretation as well as impressive partnering, and Rojo herself as Giselle. She continues to look tremendous, physically fearless and, as a traditional Giselle of the highest rank in her time, bringing depth of experience and telling detail to her interpretation of the betrayed girl.

All three main dancers were equally impressive in the spectral Second Act in which the dead Giselle’s spirit is reanimated by a fourth, the fearsome Myrtha, Queen of the Wilis, Stina Quagebeur’s blonde wraith, implacable, furious, vengeful. Khan’s treatment of the Wilis, now the ghosts of wronged, dead factory workers, is masterly, the original version again evoked by placing them on-pointe, their movement around the stage floating, eerie, terrifying as they glide out of the shadows, but also now brandishing bamboo canes which act as weapons. They exist to wreak revenge, which they do with unflinching ferocity on Hilarion who, as we learn in a re-enactment, has in fact killed Giselle himself. Her spirit allows her sisters to destroy him, whereas her love for Albrecht stretches from beyond the grave to protect him from the same fate. Throughout the work Vincenzo Lamagna’s score, incorporating elements of Adolphe Adam, provides strong musical accompaniment, fusing electronic recording of abstract industrial sound with live orchestral playing, while Tim Yip’s monumental wall moves, tips and turns in Mark Henderson’s inspired lighting design.

This Giselle is a novel, intelligent and often inspired rethinking and reworking of one of ballet’s staples, a version to set alongside the company’s hyper-traditional Mary Skeaping production and one which gives to dancers and audience alike so much to savour and to think about. It also carries emotional, dramatic and scenic punch in the service of a cogent, coherent concept, and in so doing, differs greatly from the legion of self-regarding, vacuous and meaningless contemporary creations for ballet companies. Vaut le détour!