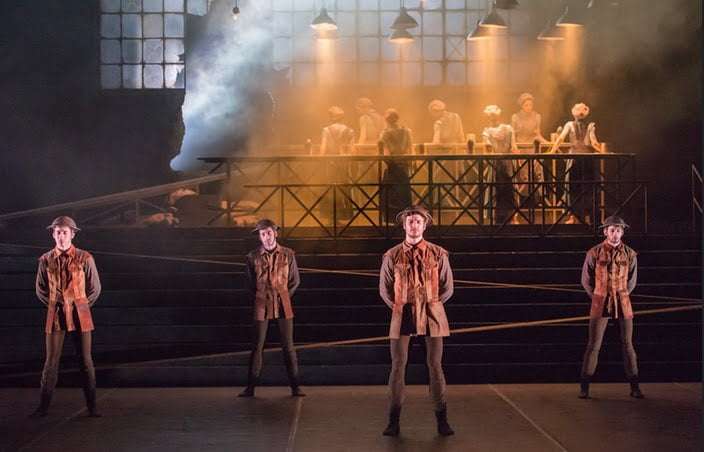 There are, perhaps surprisingly, very few dance pieces about war, and of those, few can be said to achieve anything like greatness: Kurt Jooss’s great 1932 anti-war polemic The Green Table and Kenneth MacMillan’s 1980 Gloria, inspired by Vera Brittan’s Testament of Youth. So it was doubly brave of Tamara Rojo, English National Ballet’s formidable Director to commission three new works for a programme marking the centenary of the outbreak if the First World War. That was last year, but the hundredth anniversaries of great and terrible battles continue to pass, and these works’ relevance continues; here they are revived as they were first presented last year, all together (but thankfully now shorn of a fourth extraneous work). Nevertheless, it makes for a strange evening: three works by three very different choreographers, all inspired by the same conflict and, therefore, if stylistically dissimilar, sharing common themes of loss, regret and distress.

Liam Scarlett, The Royal Ballet choreographer who has very rapidly established a successful international career, was inspired by the female munitions ‘canaries’ who packed shells for the brave boys on the front to use. No Man’s Land is dominated by Jon Bausor’s striking set of rising steps, cut through by a zig-zag path and backed by factory work benches and a shattered window, smokily lit by Paul Keogan. Scarlett’s style remains resolutely anchored in Classical Dance with a penchant for extravagant lifts. It is expressive, and capable of containing great emotion and, heaven be praised, he is unafraid of slow, adagio movement. Here, he has chosen Liszt in rather portentous form, and at times, the interaction of the factory girls and their beaux in the first ‘home’ section feels swamped by the composer’s overblown music. The second section uses musical material familiar to ballet audiences from MacMillan’s Mayerling, but here, the brooding quality of the music is matched by Scarlett in ensemble and pas de deux work of satisfying coherence. 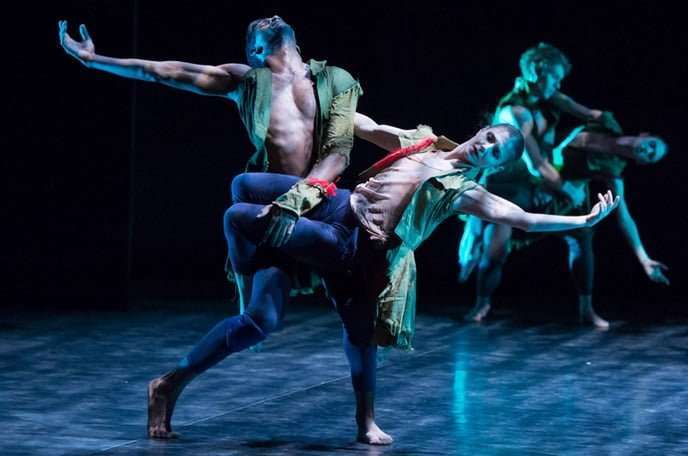 Scarlett is not afraid of balletic reference, and I was both struck and moved by the slow entry of the ‘memories’ of men off at the front down the zig-zag path; it evokes the entry of the Shades from Marius Petipa’s La Bayadère – there the opium-conjured visions of the guilt-crazed Solor, here the memories of the women left behind by war. Scarlett ensures a musical and choreographic coup in the final section when, with the men returned, Alina Cojocaru is left alone, her man clearly one of the many who did not come home. It is now pure piano music, the sonorities spare, direct, after Gavin Sutherland’s soupy orchestrations and Cojocaru is left alone. Her man comes through the shattered window and descend to her, but from the first kiss on her neck, we understand all too painfully that what will follow will be a duet between the living and the dead, her mind filled with the touch and warmth of her loved one which she will never feel again. It is a duet of quite moving poignancy, danced with desperate abandon by the great Cojocaru, who effortlessly holds the stage and the audience’s eye. She was superbly partnered by James Forbat, and both dancers combined to make this pas de deux the unquestionable highlight. Scarlett takes the abandon and powerful emotional punch of MacMillan and moves on, making this work unquestionably his own. A significant achievement.

Much as I admire Russell Maliphant, I felt that Second Breath is far from his best work. Andy Cowton’s score recalls Thom Willem’s school of pots-and-pans for William Forsythe, and Maliphant’s movement palette lacks focus. He is a choreographer who concentrates on the upper body, so the long first section involves tai chi-like arm movements and swaying whose relationship to the evening’s theme is elusive. Lit by powerful cross-lighting from Michael Hulls, the section of falling bodies which clamber up onto their fellow dancers and fall back also missed the mark; the final section inexplicably becomes a pas de deux (there are initially twenty dancers). Here Cojocaru, this time with Junor Souza, do what they must, but after the intensity and focus of the Scarlett, the effect is deadened. 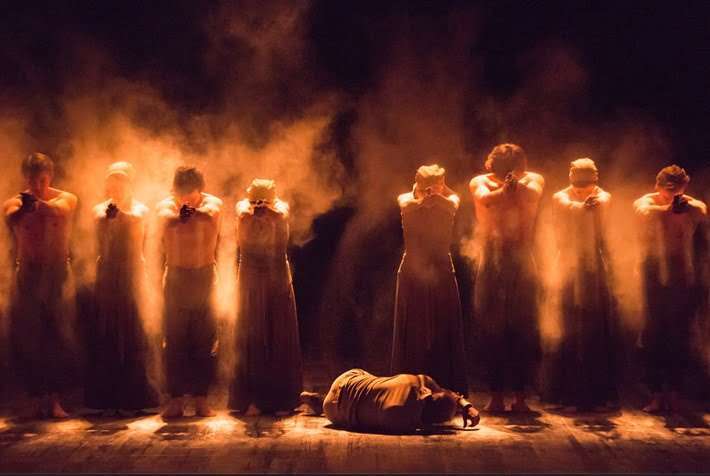 Akram Khan has no ballet training, and Dust was his first venture with a Classical Ballet company, but it is a triumph, Khan using his dancers with intelligence, nodding at his own style (he is a classically-trained Indian Kathak dancer). The back of the stage becomes a rising slope in Sander Loonen’s design, the edge of a trench, one supposes, and, just as in Gloria, the dancers lie against it at times. Costumes are ingenious – the women wear headscarves, long over-tops and trousers, the men are bare-chested and wear trouser which evoke both Indian style and the baggy trousers tucked into puttees of First World War soldiers. All are bare-foot.

At its heart is the trio of Tamara Rojo, James Streeter and Fabian Reimair. Rojo is at first part of the women’s ensemble who execute a prolonged and stunningly focussed section of coordinated movement, arms and legs emphatic, lunges and bends extreme, perfectly evoking the percussive and rhythmic nature of Jocelyn Pook’s score, here, as throughout, played with gusto by the ENB Philharmonic. Rojo remains an extraordinary stage presence, and she draws attention upon herself simply by being, but it was heartening to see Streeter and Reimair liberated – they seem to have spent their entire careers encased in the costumes and masks of The Nutcracker, so to see them simply allowed to move with expressiveness and intensity, to be real dancers, was good. The final, extended pas de deux, while totally unlike Scarlett’s, is on a par, a moving, exhilarating duet which, like the former, ends with the woman alone.