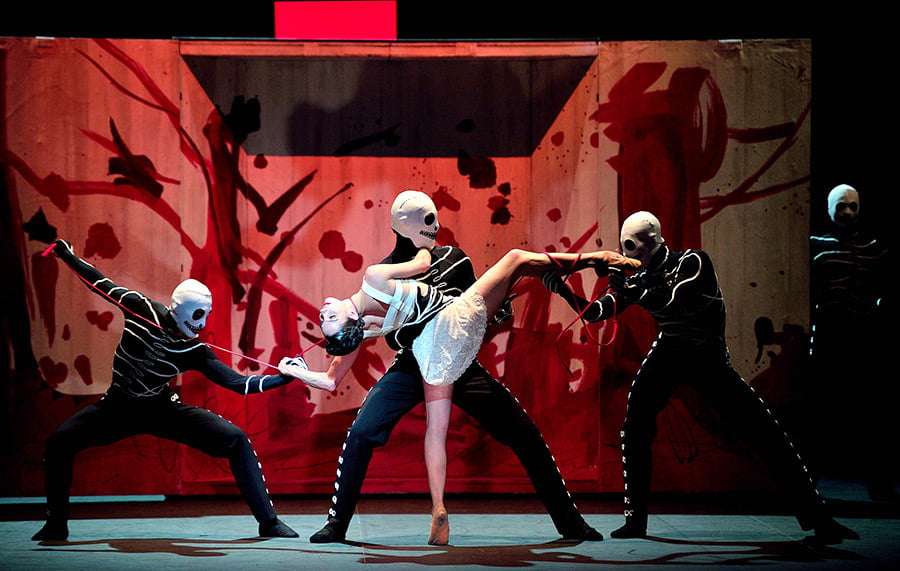 An evening of works by three women choreographers should not make as much news as it does; paradoxically, it would have been perfectly possible in the 1960s when works by Bronislava Nijinska, Ninette de Valois and Andrée Howard were in the repertoire, but since then, matters have declined. It was in order to effect something of a correction that Tamara Rojo, English National Ballet’s indomitable director, scheduled She Said, an all-female evening in terms of dance-creation in 2016. This second programme follows up on its success, reviving Broken Wings, the most successful creation from the first, Pina Bausch’s mighty version of Le Sacre du printemps (The Rite of Spring) and a new work Nora, by company dancer Stina Quagebeur. It is quite a success.

Broken Wings is a phantasmagorical exploration of the life, personality and work of the Mexican artist Frida Kahlo. Annabelle Lopez Ochoa, choreographer, artfully melds biography with flights of fantasy in a rich, if overlong, work. Again and again, in collaboration with her set and costume designers, she creates striking stage pictures and imagery, from the twelve Fridas, all danced by men, to the comic-sinister Day of the Dead skeleton incubi who are almost always present and seem to stage manage each episode. Created originally by Rojo herself, Frida was here taken by soloist Katja Khaniukova, a small, intense dancer who carried the part and the character with confidence; she switched from the anguish of miscarriage, to the ecstasy of her love for Diego Rivera with great ease. Rivera was again taken by Irek Mukhamedov, danseur par excellence of old, and now respected teacher and coach, returning to his natural stage habitat with comfort – his extended duet with Khaniukova was a highlight, both dancers conveying the intense joy of the initial attraction between the two artists. The music by Peter Salem does become wearing by the end of a work which could have been pruned to good effect by about ten minutes. 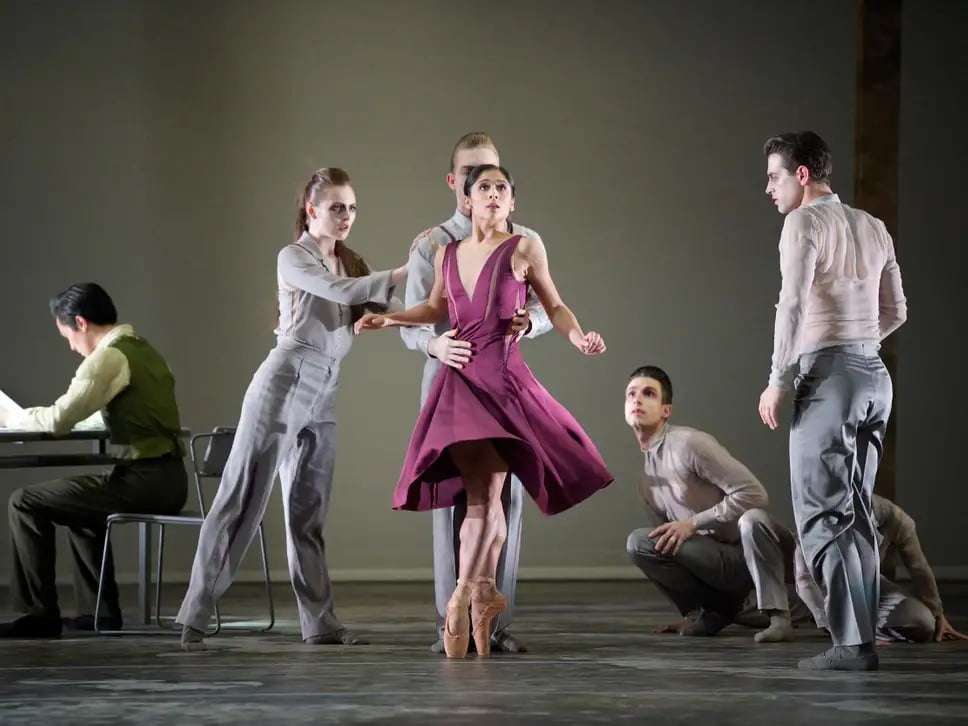 Stina Quagebeur is to be welcomed as a genuine choreographer. Nora is an intelligent distillation of Henrik Ibsen’s A Doll’s House, the narrative refined to a single line – the awakening of an independent woman. If that sounds too strident, it is far from it. In Louie Whitemore’s brilliant minimal setting, Nora is attended by five inner voices, danced as attendant spirits to her thoughts by a quintet of alert dancers, reacting to her every move. All praise to Crystal Costa in whom the role of Nora has revealed considerable dramatic talent – her protagonist is intense, focussed, at first hesitant and imploring only to grow in confidence and independence as she realises her husband is not all she had thought he was. Costa moves with a voluptuous quality which, as the early Nora, sets up a delicious contrast with her own innocence; as the narrative progresses, her curving, turning movements assume greater weight, as if intensified by knowledge. There was no faulting Jeffrey Cirio on a technical level – he was in full, elegant command of the choreography assigned to Nora’s husband, Torvald, even if he never brought more than one dimension to his stage personality and there was little stage relationship between him and Costa; for that, Junor Souza’s Krogstad stood out, his moods and feelings instantly readable. Nora is an impressive big-stage debut for Quagebeur – it is to be hoped that she will continue to make her choreographic voice heard. 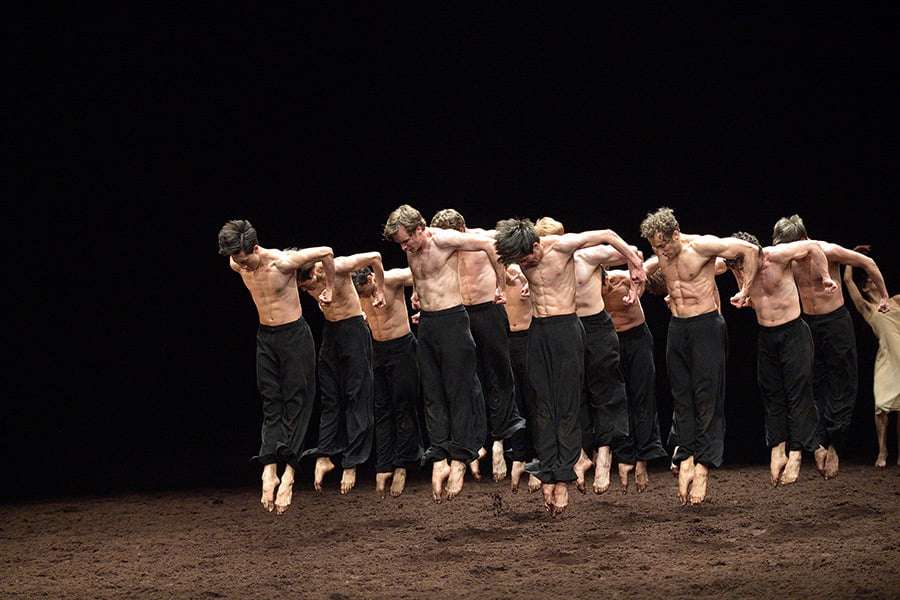 No such hope needed for the late Pina Bausch, whose place in the pantheon is assured, not least to the championing of her works in the UK by the Sadler’s Wells Theatre. Her Le Sacre du printemps (The Rite of Spring) is, therefore, well-known to the audience, but that does nothing to detract the tremendous impact it makes on each viewing – the stage covered in peat, the twenty-eight dancers run, fall, jump, stomp and pulsate in what is one of the finest interpretations of Stravinsky’s monumental score, a work which seems almost always to bring out the best in choreographers. Bausch’s movement vocabulary is weighty, dancers feeling the pull of the earth beneath their feet, the sense of ritual just enough to lend the atmosphere of tragic inevitability to proceedings. ENB’s dancers, drawn from nearly every rank of the company, are superb, entirely attuned to the distinctly un-balletic movements they perform – this is a truly ensemble work which provides a superlative showcase for the dancers. At its centre, two artists of the highest quality: James Streeter as a priest-like figure who possesses the rare talent for utter focussed stillness, and Francesca Velicu, small and seemingly fragile, whose ‘Chosen Maiden’ (not identified as such by Bausch) is so intense, so powerfully felt by her that hers becomes a performance which reverberates long after the curtain has fallen.

Velicu achieves a degree of focus which makes her performance anything but that – it is so intensely lived by her that one feels that she is unaware of time or place. The effect is shattering, as, to Stravinsky’s pounding music, she dances herself into oblivion. An extraordinary end to an admirable evening.