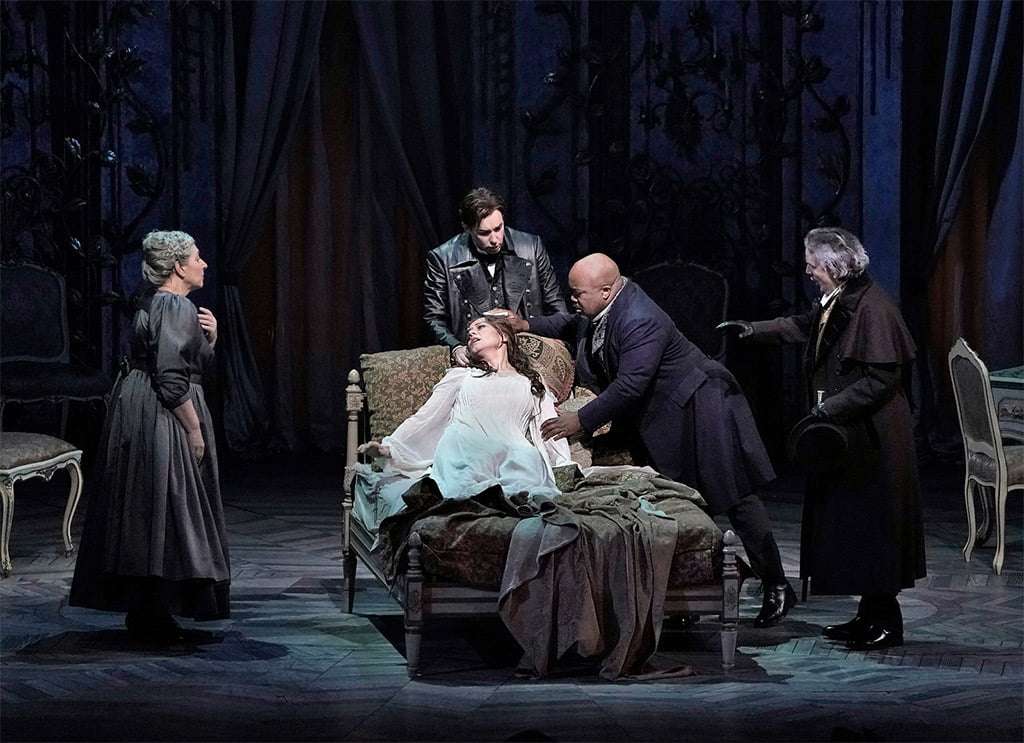 Four months after its unveiling, Michael Mayer’s staging of La traviata returns to the Met with a different conductor and cast, most of whom bring exceptional power and passion to Verdi’s masterpiece. Nicola Luisotti leads a brisk, well-paced account. In the brooding Prelude to Act One he draws delicate and highly refined playing from the strings, shaping the melody with uncommon lightness and grace. Later on, in the more intensely dramatic moments, he elicits fervor without giving play to excessive sentimentality. In the more-flowing passages, his steadily rolling accompaniment allows the singers an appropriately-tempered freedom of expression.

The singing is fine, but the most notable performance – vocally and dramatically – is from Anita Hartig in the challenging role of Violetta Valéry. Hartig, her previous Met appearances include Mimi, Susanna and Liù, gives a vivid and deeply-felt portrayal of the Parisian courtesan, offering an invigorating rendition of ‘Sempre libera’ and a tremendously touching farewell aria, ‘Addio del passato’. But her acting and singing are most effective in the tender and lyrical exchanges with Giorgio Germont, the father of her lover Alfredo. 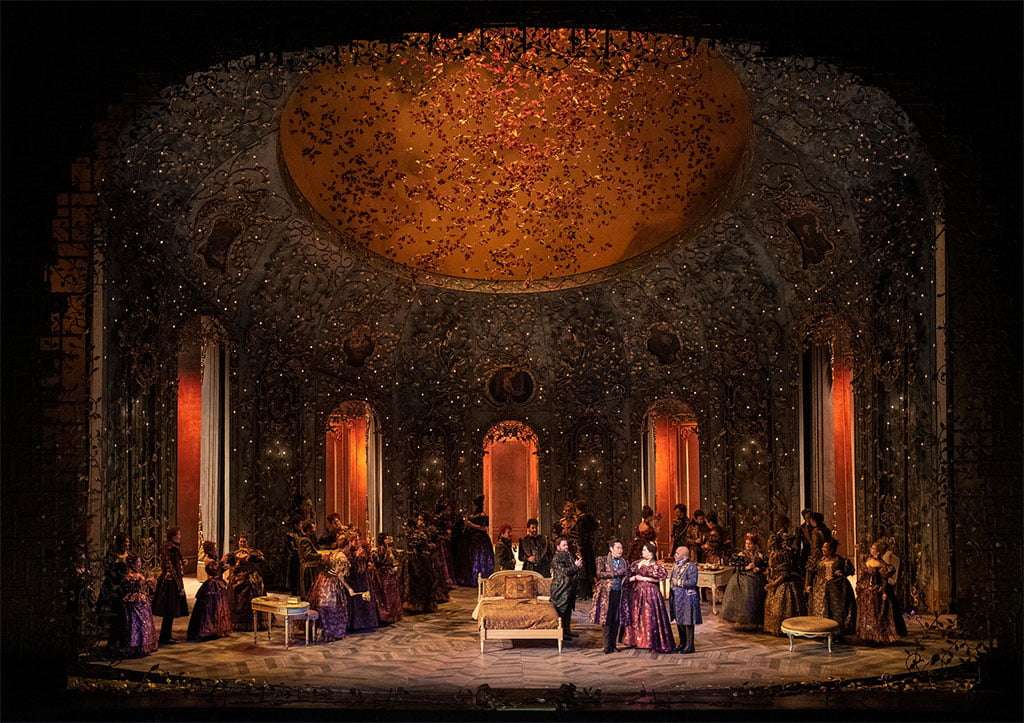 Not heard at the Met since his 2016 house debut as Sharpless in Madama Butterfly, Artur Ruciński brings his plush and hefty baritone to the elder Germont. His is a highly dignified and formidable characterization. In his crucial Act Two scene with Violetta, his rendition of the deceivingly difficult ‘Di Provenza il mar’ – in which he reminds his son of his home and family in Provence — comes off as marvelously moving in its subtlety.

As Alfredo – a role he has sung many times – Stephen Costello is vocally accurate and accomplished, displaying impressive precision, power and grace, and he looks appropriately youthful and attractive as Violetta’s impetuous suitor. But his dramatic characterization is notably lacking in nuance. ‘Un di, felice’ comes off as agreeable but strangely dull, and ‘De’ miei bollenti spiriti’ would benefit from more spirit and passion. His most moving moment is in ‘Parigi, o cara, O mia Violetta,’ in Act Three, where he displays an appealing sweetness and intensity in duet.

Two Met veterans are stand-outs. Dwayne Croft gives an especially noble and characterful portrayal of Baron Douphol, and Jane Bunnell is a gentle and endearing Annina.