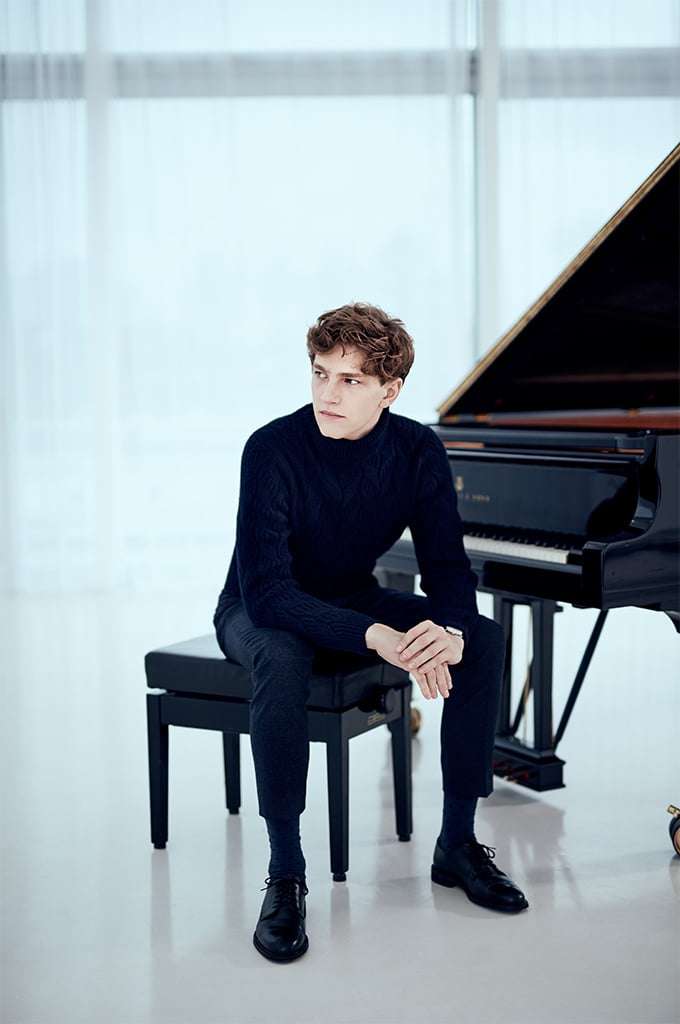 This concert in the London Philharmonic’s Isle of Noises series stopped off in Cornwall for Arnold Bax’s Tintagel, the mystical site currently in the news because of its controversial new space-age bridge. Osmo Vänskä and the LPO have recorded this tone-poem, from a 2007 concert, and their familiarity with Bax’s 1921, arch-romantic score added clarity and grandeur to this shamelessly epic vision of legendary castle, sea and light, which takes Tristan und Isolde on a tour of a cathédrale engloutie via Hollywood. The many solos boded well for the rest of the concert, and Vänskä played down primary colours and luscious textures in favour of a lovely, shaded string sound riding a restless momentum. It would be good to hear Bax’s The Garden of Fand again in a concert – it’s been a while and it’s a much better piece.

Jan Lisiecki – twenty-four, Polish-Canadian – featured in Grieg’s Piano Concerto in a performance distinguished by a strong but low-key rapport between him and Vänskä, the sort that nurtured the pianist without swamping him. Lisiecki was sounding much more rounded than when I last heard him, in 2016. He has an admirably secure, weightless touch that would sound marvellous on a nineteenth-century piano. His big tone sometimes thickened, but otherwise his sound was seductive and varied. The way he curved into rubatos was very poetic and, as he showed in the cadenza, he had no problems with romantic brilliance and grandeur. Best of all, Lisiecki had the measure of a Concerto that lingers on the cusp of domesticity but which also responds badly to an overtly maverick approach, and he expressed this slight dichotomy with imagination and affection. Vänskä backed him up with the occasional glimpse of horizons broader than Grieg may have had in mind, and the result was fresh, considered and immensely satisfying. Lisiecki’s encore, a Song without Words by Mendelssohn, was in the same connective groove.

Vänskä and Sibelius have been a special item for many years, and the conductor has assiduously promoted the composer’s lesser-known works, such as this Suite from his incidental music for a play, Belshazzar’s Feast, by Hjalmar Procopé, which apparently was an Orientalist bore. Percussion hints at Eastern Promise, and you get a hint or two of Sibelius’s voice, and you wonder when this four-piece opus will next be programmed. But you only have to hear a judder of tremolandos, a stealthy double bass pizzicato or a remote unison between oboe and flute to be instantly translated to Sibelius’s aural landscape, so meticulously evoked by Vänskä, vigorous and clear and with an expert ear for blend and separation. The LPO boasts a peerless woodwind section, which made its mark from the serene start of the Fifth Symphony, and Vänskä’s skill at judging Sibelius’s shifting perspectives is second to none. The Fifth is not long but its stature stretches duration, underpinned by the powerful inevitability of Vänskä’s approach to the great climaxes. The swans soared.