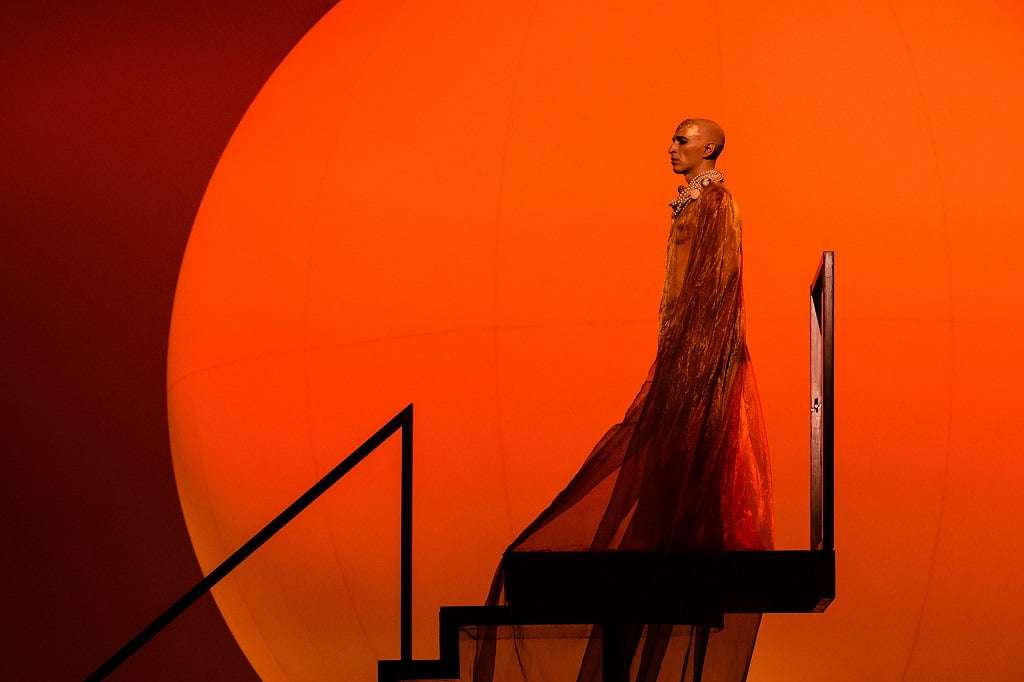 Phelim McDermott’s production of Philip Glass’s Akhnaten, the second of the work by English National Opera, makes a welcome return to the Coliseum, the enormous stage of which is integral to realising the arrestingly beautiful designs and concepts of the staging. It was a sell-out hit in 2016, garnering an Olivier award, and stunning many who may have harboured ambivalent or even negative views on Glass’s musical output.

There can be few doubts that this revival will be as successful, not least as the original cast has been largely reassembled. Karen Kamensek returns as conductor and the ENO Orchestra brilliantly realises the complexities of this deceptively simple-sounding score with its evolutionary fluctuations of key and rhythm creeping on the ear with a beguiling sense of inevitability and yet not without a tinge of uncertainty at significant emotional moments, as if the music is itself waiting in limbo to see how the drama will unfold.

The whole is beautifully paced. The second Act is particularly strong in this regard, particularly the love-duet between Akhnaten and Nefertiti, a plum moment and in which where a trumpet contributes a third voice.

Anthony Roth Costanzo inhabits the role of Akhnaten. He’s not got the most penetrative of countertenor voices for his palette of colours is more-mellow than many, yet he turns this to advantage as he vocally paints the visionary nature of the Pharaoh well. He’s so attuned to the pace of the staging too – his physical grace and expressive features adding an otherworldly dimension to the character.

Katie Stevenson, Nefertiti, is new to the production and is full of allure, her warm mezzo sounding well in the acoustic and blending superbly. Rebecca Bottone, a strong stage presence as the politically attuned Queen Tye, also makes a dazzling and ethereal contribution high above the stave. 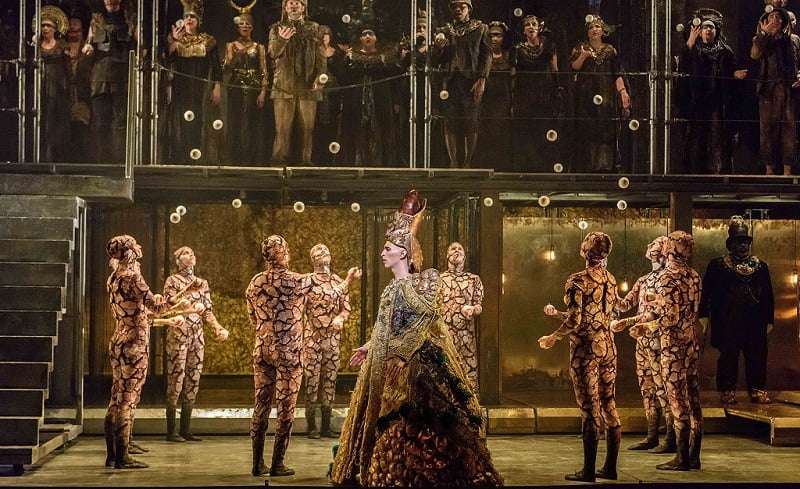 Mention must also be made of the dominating presence and superb spoken declamations of Zachary James as the Scribe. These vital passages drive the narrative forward and are compelling. In the role of the Pharaoh’s advisors, Aye and Horemhab, Keel Watson and James Cleverton make their presence felt, as does Colin Judson as the High Priest, imposing their motivations and actions thanks to clever choreography and striking costuming, mixing the ancient with elements of the period during which many of the treasures of Egypt, particularly Tutankhamen’s tomb, were excavated. The Chorus and the ensemble of Akhnaten’s many daughters make strong impressions.

However, it is the concept of the production that wins overall. Presented almost as a series of tableaux vivants in slow-motion in a sequence of images of astounding beauty, depth of texture and radiant colour, it is a feast for one’s eyes. The Gandini Juggling Company deliver mesmeric feats of coordination perfectly attuned to the visuals and to the drama. The reason why the staging works so well is that the sense of ancient and historical precedence of instances where new ideologies have been imposed on the willing and unwilling eventually become (violently) unstuck, and that civilisation ultimately moves on regardless, is coolly prescient, potent and unsettling.