Glass
Orphée – Chamber opera in two Acts and 18 scenes to a French libretto by the composer, based on the scenario of the eponymous film by Jean Cocteau [sung in an English translation by Emma Jenkins, with English surtitles] 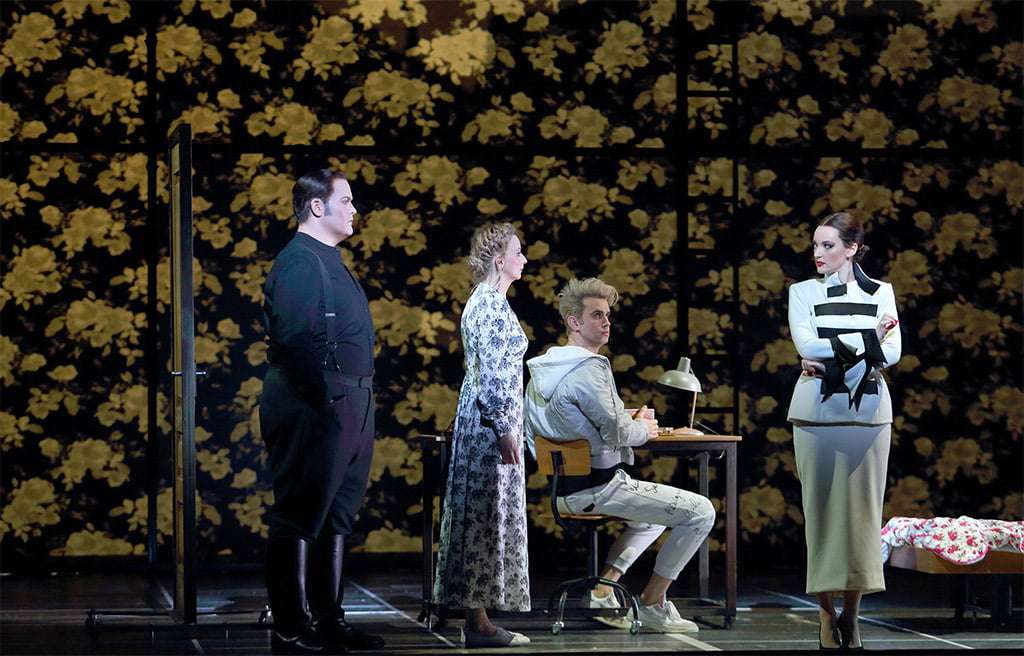 Whilst the musical qualities have often triumphed in English National Opera’s Orpheus series the productions of the previous three works – by Gluck, Offenbach and Birtwistle – have not always drawn the most favourable of responses. The final offering of the set proves the winner; a staging that could, and should, see popular revivals if they can be scheduled. It’s not just the visually breath-taking, appropriately cinematic, fluid beauty of the presentation that compels, but the dramatic intensity created by the symbiotic match of music, multi-layered narrative and stagecraft. Brilliant use of flashes of colour really help distinguish the worlds of the living and the dead and mirror/glove facilitated passages between them. Jean Cocteau is present as an inspiration and a visual presence, as is a representation of the composer himself – linking the narrative with the Paris of his time there as a young musician.

In many ways this is a much more conventional work than some of Philip Glass’s other operatic works, with its well-constructed libretto providing both space and variation of pace. Another advantage of the piece is Glass’s relatively light scoring that allows almost every word of the text to be audible – something pretty short of miraculously so in the case of Jennifer France’s glitteringly sung Princess given the vocal line sounds to lie so stratospherically high. Sparer of texture than some of rather-more tableau-based works such as Akhnaten, Glass’s music here has its classic features of shifting rhythms and orchestral palette but often with an associated vibrancy that really sweeps the audience along. 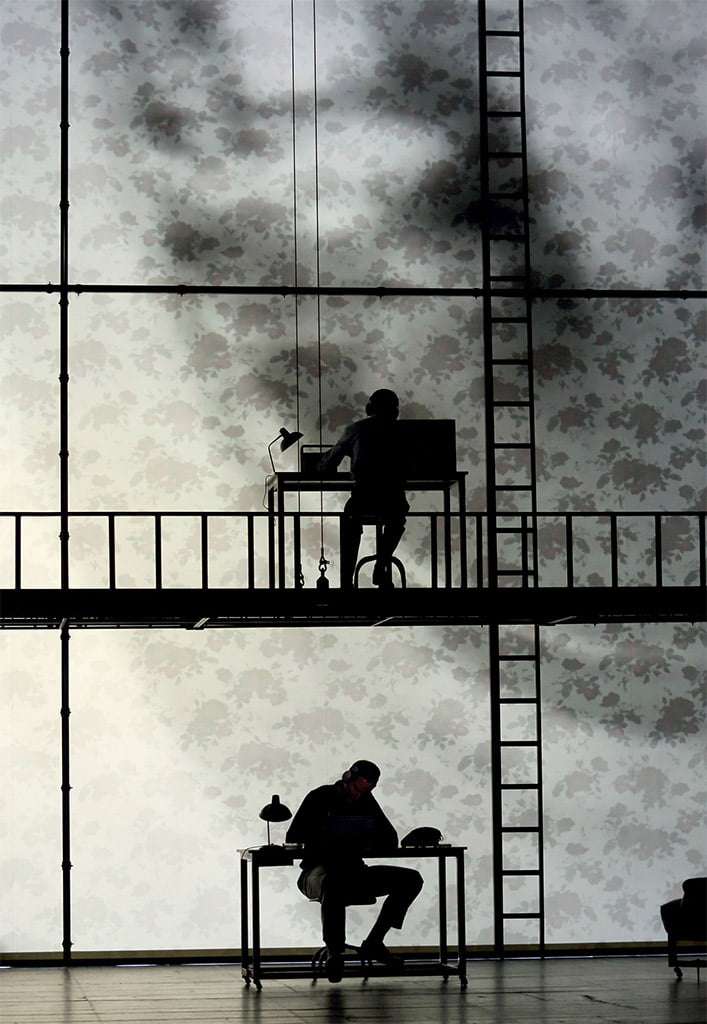 The opening scene set in a Parisian café, has all the atmosphere of a crowded noisy music-filled venue of its type and gets the evening off to a great start. There are some beautiful purely orchestral passages as well, notably an extended episode with solo flute in the middle of the First Act. Geoffrey Paterson’s conducting was finely judged; the sound luminous and the moods expansive or intense as required. The orchestral depiction of the journey of Orphée, Eurydice and Heurtebise back to the land of the living in Scene 5 of the Second Act was particularly fine – with the sliding flats, black and white film projections adding to the hypnotic sense of flow. Even better was the almost painfully intense penultimate scene where the Princess and Heurtebise restore the shot Orphée to Eurydice by turning back time, thereby sacrificing their own immortal happiness and bringing further judgement on themselves at the hands of the shadowy Underworld commission. The singing here by Jennifer France and Nicky Spence is thrillingly dramatic.

Elsewhere the singers provide some black humour too – the comedic yet distinctly unsettling problems of a prolonged co-existence without any visual interaction between Orphée and Eurydice particularly. This raw scene showed the hand of a great director and talented actor/singers. Nicholas Lester imbued his poet Orphée with a credible physical and vocal mix of artistic uncertainty, arrogance, boredom, jealousy and then ardour in his romantic interactions with the Princess. The warmth of his compassionate singing to Eurydice and re-awakening of his poetic creativity at the end were great. Sarah Tynan was a sympathetic if nervy, lush-voiced Eurydice. Nicky Spence and Jennifer France exuded a sense of manipulative mystery and Underworld agents but soon introduced the necessary sense of ambiguity of their roles and, as aforementioned, sing as if their lives / deaths depended on it.

There are some important cameo roles fleshed out by a saturnine Clive Bayley as the Judge, a fiery Rachael Lloyd as Aglaonice, a genial Simon Shibambu as the Orphée’s poet friend and a flamboyant Anthony Gregory as the feted Cégeste. It really is a feast for the ears and eyes. And enthralling drama. Go!