Donizetti
Pia de’ Tolomei – Lyric tragedy in two parts to a libretto by Salvadore Cammarano after the verse novella by Bartolomeo Sestini [sung in Italian, with English surtitles] 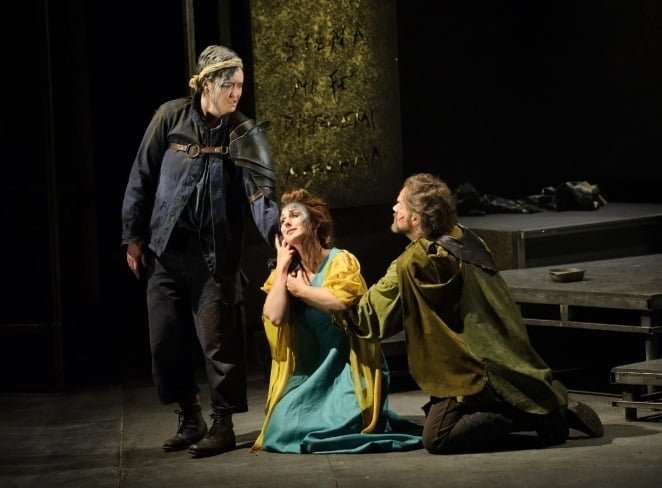 On BBC Radio 4’s Front Row last Friday (March 4), English Touring Opera’s general director James Conway revealed that, instead of the originally planned concert performances, the set for his staging of Donizetti’s Pia de’ Tolomei would be using the reverse of the one for Don Giovanni, so in the Hackney Empire we were confronted with a fixed arrangement of bare flats and severe braces. The result of such resourceful economy proved austere and confining, which suited Pia’s tragic story well, but this backstage lurking seemed also to dare this obscure opera to make its own way.

This was its first staging in the UK – and surprisingly it has not made it onto the roster of Donizetti disinterment at Wexford. There was a concert performance in London in 2004 by the same line-up on the sumptuously presented Opera Rara recording, which included the various revisions and additions (including a happy ending) Donizetti made for opera houses in Senigallia and Naples after its Venice premiere in 1837, which was not a resounding success; and it disappeared from view around 1855.

The story is the sort of fatalistic melodrama that 19th-century Italian opera thrived on, with warring families, a wife wrongly accused of adultery, mistaken identities, a Rubik’s cube of jealous love rivalries, an implacably furious husband, oh, and death. 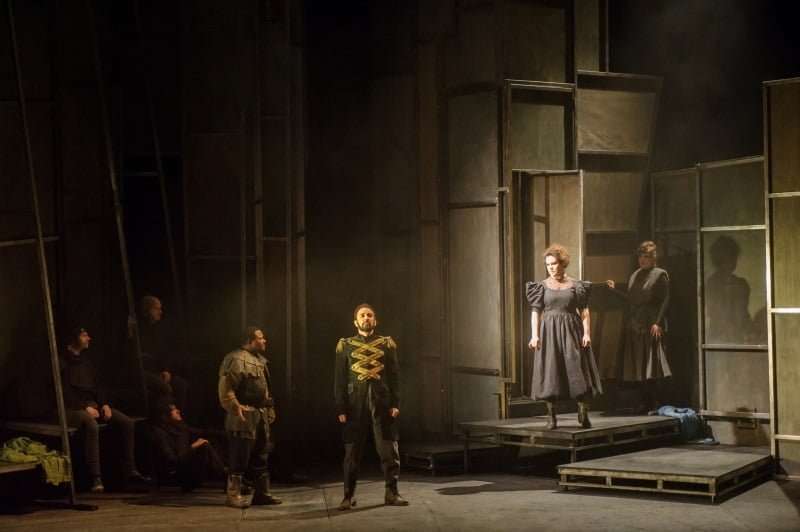 Pia and her husband Nello have married to resolve the war between the Guelph and the Ghibelline families. He is tricked by his scheming cousin Ghino, whose advances Pia has rebuffed, into thinking that Pia has a lover. The mystery man is her brother Rodrigo, a Guelph fighter and Nello’s sworn enemy, which Ghino conceals. Nello imprisons her in a tower in the middle of a malarial swamp and arranges for her to be poisoned. Discovery of the truth comes too late.

Pia de’ Tolomei is the sort of bel-canto-by-the-yard opera where you come out humming the overall effect of the music rather than any specific numbers. There are some fine arias, including an elaborate and memorable ‘death scene’ for Pia that stands in the light of mad Lucia di Lammermoor’s travails from a year earlier; some cracking ensembles quickly whip up intensity; and there’s a rousing chorus of Guelphs, which anticipates ‘Va pensiero’ from Verdi’s Nabucco and would have likely made contemporary Risorgimento bosoms swell with nationalist passion.

The staging moves characters and chorus around in a way that swiftly focuses the drama, enhanced by Guy Hoare’s sulphurous lighting that in turn draws attention away from the central-casting any-period costumes straight out of the dressing-up basket. For the opera really to work, Ghino has to convince us of his change from serpentine, Iago-like malignancy to a state of complete remorse when he realises that he’s engineered the death of the woman he loves. The tenor Luciano Botelho just about achieved it with his assured technique and impressive range, although the top end of his voice loses volume and sweetness. The centre of his voice, though, is immensely attractive and lyrical, and he has a good line in slippery sensuality and vocal heroics. 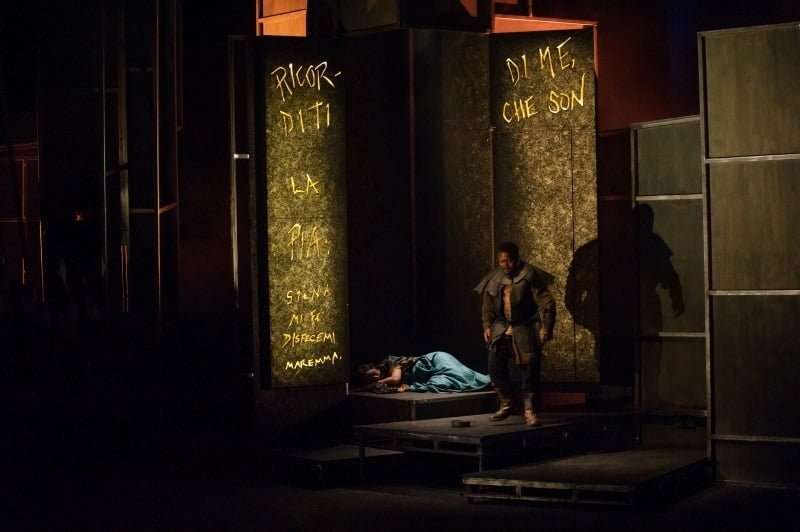 The other main roles don’t have as much dramatic leeway. Pia is a passive figure, but Elena Xanthoudakis, dressed as a Pre-Raphaelite demoiselle, invigorated her hopelessness with her light unpressured soprano bouncing off an airy technique. Both vocally and visually, this was a distinguished performance. Nello is required to bellow a lot, but Grant Doyle did much more than that. He was superb in his attack-mode confrontation with Pia, piling on the emotion and confirming his gifts as a sympathetic singer-actor. Rodrigo, a mezzo breeches role that sits uneasily in this vocal line-up, doesn’t have much to work with, and Catherine Carby was right to turn up the character’s swagger with her forthright singing.

In the smaller roles, Susan Fairbairn made the servant Bice engagingly soubrette-like; as Ghino’s servant Ubaldo, John-Colyn Gyeantey had worrying pitch problems; Craig Smith brought measured dignity to the old retainer Lamberto; and the Polish bass Piotr Lempa was imposing both vocally and physically as Piero, a self-flagellating hermit.

John Andrews had a genius for injecting Donizetti’s primary-colour harmonies and melodies with the sort of visceral passion and rhythmic bite that convinced you of the music’s worth, and the orchestra responded with a full range of tints and attitude. Although I can’t see poor Pia standing shoulder to shoulder with Lucia or Maria Stuarda, ETO has still made a good fist of it.