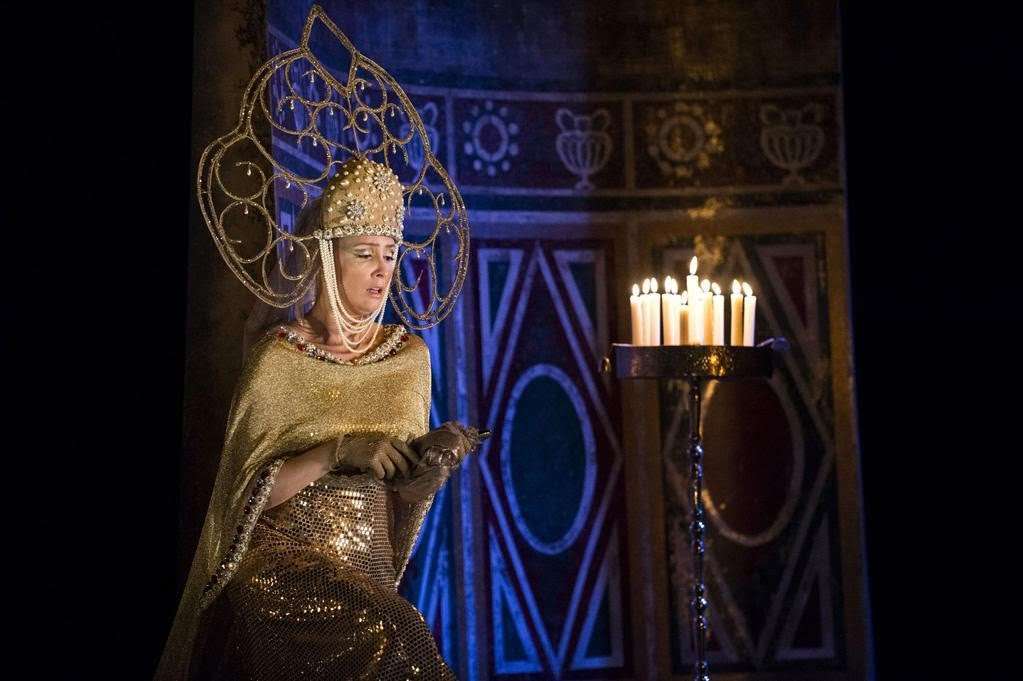 With productions of several Handel stage-works under its belt, English Touring Opera is treating fans of the composer – and doubtless others, too – to a comparative rarity this season. It is curious that Ottone (1722) has not really caught on in the public’s estimation, as it was one of Handel’s greatest successes in his lifetime. It was the third opera that he composed for his prestigious Royal Academy of Music (or the fourth, counting his single-Act contribution to Muzio Scevola) and featured a stellar cast of singers, including Senesino and Francesca Cuzzoni. In its deft dramatic pacing, and succession of memorable numbers, it anticipates the great operatic trio of Giulio Cesare, Tamerlano and Rodelinda, and the piece also claims the accolade of being the first of Handel’s operas to have been staged in the revival of this corpus of works in the last century (in 1921 in Göttingen).

Yet another notable aspect in the opera’s favour is its cast of characters drawn with considerable psychological complexity and depth. ETO has attended to this effectively with singers who very capably bring out their conflicting motivations and desires. Gillian Webster as Gismonda exemplifies this best of all, singing with a wily, implacable sparkle when plotting to advance her son Adelberto’s usurpation of Ottone’s throne, but also with sincere grief when he is imprisoned, eliciting the audience’s sympathy.

As Matilda, Ottone’s cousin (though made his sister in this production) Rosie Aldridge initially seemed, rightly, more innocent, but her scheming becomes evident insofar as her loyalty is compromised by her continuing infatuation with Adelberto. Where Andrew Radley in that role often sounded sly and calculating, with a smoothly lustrous countertenor voice, Clint van der Linde’s realisation of Ottone seemed more direct and honest, with vocal clarity to suit. But all was not what it appeared in that respect, since Ottone had taken the throne from Berengario, the deceased husband of Gismonda and father Adelberto – hence their ploys.

Caught up in the midst of all this is Teofance, Ottone’s betrothed, who is captured by the pirate Elmireno (who turns out to be her long-lost brother) and whom Adelberto then attempts to take as his wife. Louise Kemeny conveyed the suffering and passivity of the character with musical and dramatic elegance. As Elmireno, Grant Doyle demonstrated power and force in his singing, whilst also preserving musical sense, rather than merely declaiming.

With an economy of means the sets summed up the themes at work and what is at stake. A frescoed apse (split in two halves) with a sumptuous marble dado alludes to the Romanesque glory of the 10th-century Holy Roman Empire (with Rome as the ultimate prize – the opera loosely conflates events in the reigns of the three Emperor Ottos I-III). However, the apse’s austere metallic exterior shell – turned to face the audience from time to time – suggests the more violent and barbaric means below the surface splendour by which the elites, whoever they are for the time being, attain to or maintain their grip on power.

Jonathan Peter Kenny’s direction of The Old Street Band rounds off a highly competent production. Occasionally in those sections of arias calling for reduced numbers the sound seemed a little thin and wayward. But in most of the rest of the score, the two dozen performers provided ravishing accompaniment, often drawing out Handel’s delicious harmonies at moments of heightened emotional tension, for example in Gismonda’s lilting lament ‘Veni, o figlio’.

English Touring Opera is to be doubly congratulated for championing an underrated work, in a coherent and stimulating production, which will be rewarding for anybody with an interest in the highways and byways of the operatic repertoire.