Fiddler on the Roof
Musical based on Sholem Aleichem’s stories Tevye and His Daughters, music by Jerry Bock, lyrics by Sheldon Harnick, book by Joseph Stein

The Playhouse Theatre is obviously on a mission to bring the World to the West End. After the Young Vic’s transfer of The Jungle, transplanting audiences to the refugee camps in Calais, then the Chichester/Hampstead transfer of Caroline or Change, set in the oppressive humidity of 1960s’ Louisiana, we step further back in time and cross to the Russian steppes for the triumphant Trevor Nunn-directed Menier Chocolate Factory production of Fiddler on the Roof. 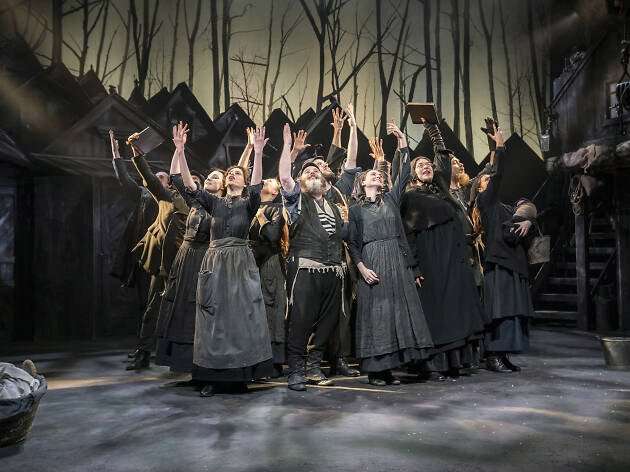 Within a fortnight of the final performance in the Menier it has morphed into the larger stage of the Playhouse Theatre, via an expansion of Robert Jones’s rough wooden panelling around the stalls and a sloped ramp onto the stage through the re-arranged seating. There seems to be more rows of blackened dwellings towards the back of the stage now and the trees beyond are taller in the higher confines of the change of venue. But – from the rear of the stalls anyway – the sense of intimacy is retained, the area of action mirroring the Menier’s stage, partly because the stage is built out into the audience.

We are further drawn into the Jewish lives of Anatevka by the commanding presence of Andy Nyman’s Tevye as he struggles not only with his lame horse, his five daughters and feisty wife of twenty-five years, Golda, but with the difficulties of keeping up Jewish traditions in the face of a turbulent world. As he displays both with his one-sided discussions with god and in his dealings with his three eldest children, who all want to break tradition and marry for love, he is a pragmatist at heart, though even this is tested to the limit.

Fiddler is a musical that breaks with tradition, in that the second half turns away from the showstoppers of the first half to follow the forced splintering of the Jewish community in the face of the growing pogroms of the Russian state in the first decade of the twentieth-century. After the straw-breaking-the-camel’s-back moment when Tevye’s pragmatism fails him as Chava marries a Russian gentile in a church, the final scenes show the whole Jewish community forced out of Anatevka, heading off in single file through the snow.

It’s a gut-wrenching moment, but the brilliance of Joseph Stein’s book, Sheldon Harnick’s lyrics and Jerry Bock’s music is that it works, especially in Nunn’s hands. He manages the transition with a show full of wonderful touches, seamless scene-changes and detailed characterisation that flow through all the exits and entrances; he mines the humour which heightens the emotional contrasts; and each of his large cast inhabits a fully rounded character amidst the hustle and bustle of village life. 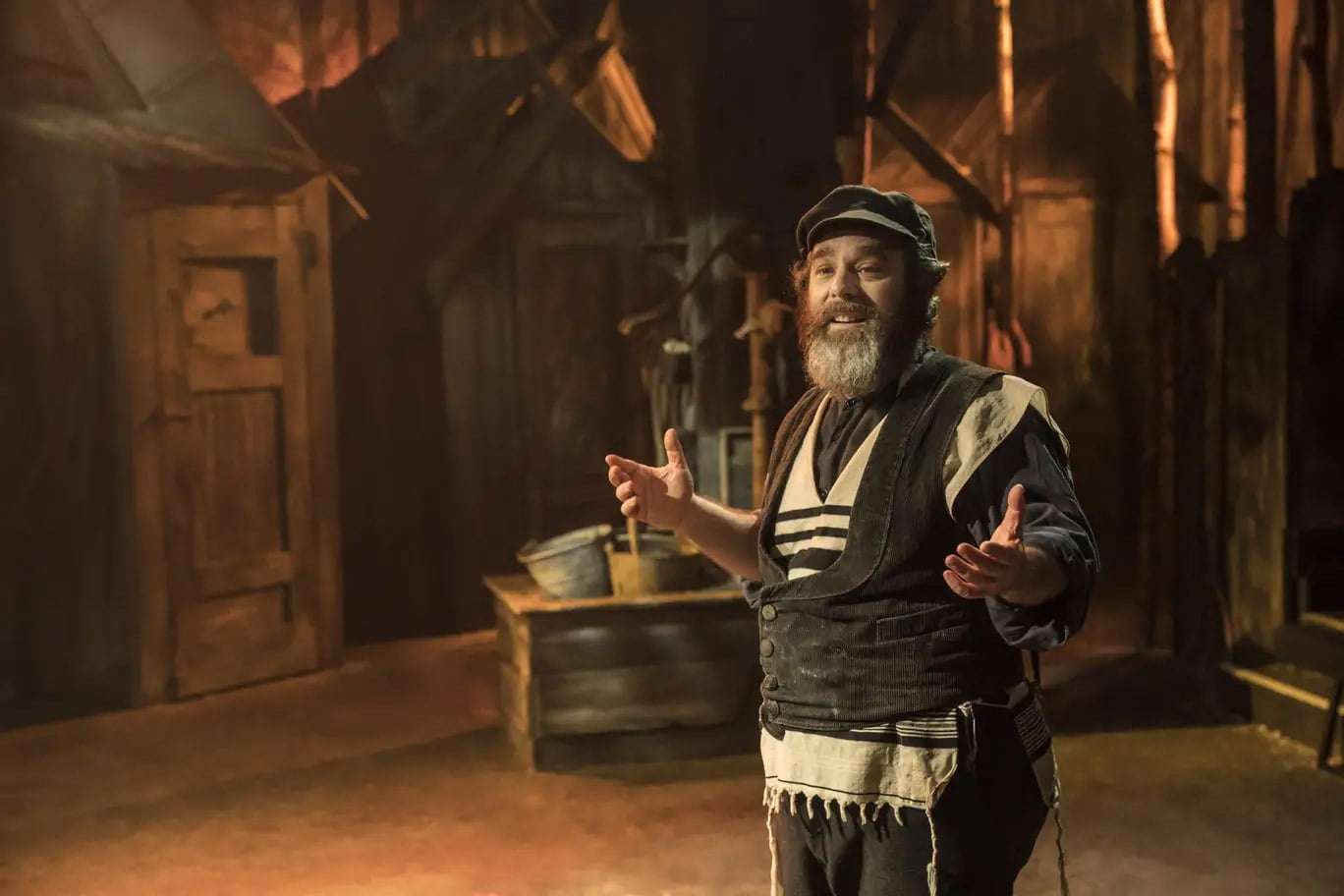 Joining Nyman is Judy Kuhn as hard-working (and sometimes, from Tevye’s point of view, simply hard work) Golde – the Act Two duet ‘Do You Love Me?’ is especially touching – to form the lynch-pin couple around which the whole musical turns. As their elder daughters, Molly Osboune’s Tzeitel, Harriet Bunton’s Hodel and Nicola Brown’s Chava, each exudes their individual charms and their partners – Joshua Gannon’s Mottle, Stewart Clarke’s Perchik and Matthew Hawksley’s Fyedka – make believable lovers, even if they all negate the machinations of busy-body matchmaker Yente, played with gossipy glee by Louise Gold.

Added to the individual performances there are the great set-pieces and the dancing, Matt Cole recreating Jerome Robbins’s original choreography with his own vibrant touches, particularly in the tavern scene with the Cossack dances, and the wedding of Tzeitel and Mottl at the climax of the first Act. The eight-strong band raised high, stage-left, is excellent, led by Paul Bogaev, aided and abetted by Gregory Clarke’s persuasive sound-design, while Tim Lutkin’s lighting (returning to Fiddler having lit the Guildhall School’s production last year) suffuses the stage with subtle variations depicting dawn to dusk and – finally – the darkness of oppression that forces the community away.

So, mazel tov to all concerned.